Does Harvard Have a Shot? New Mexico 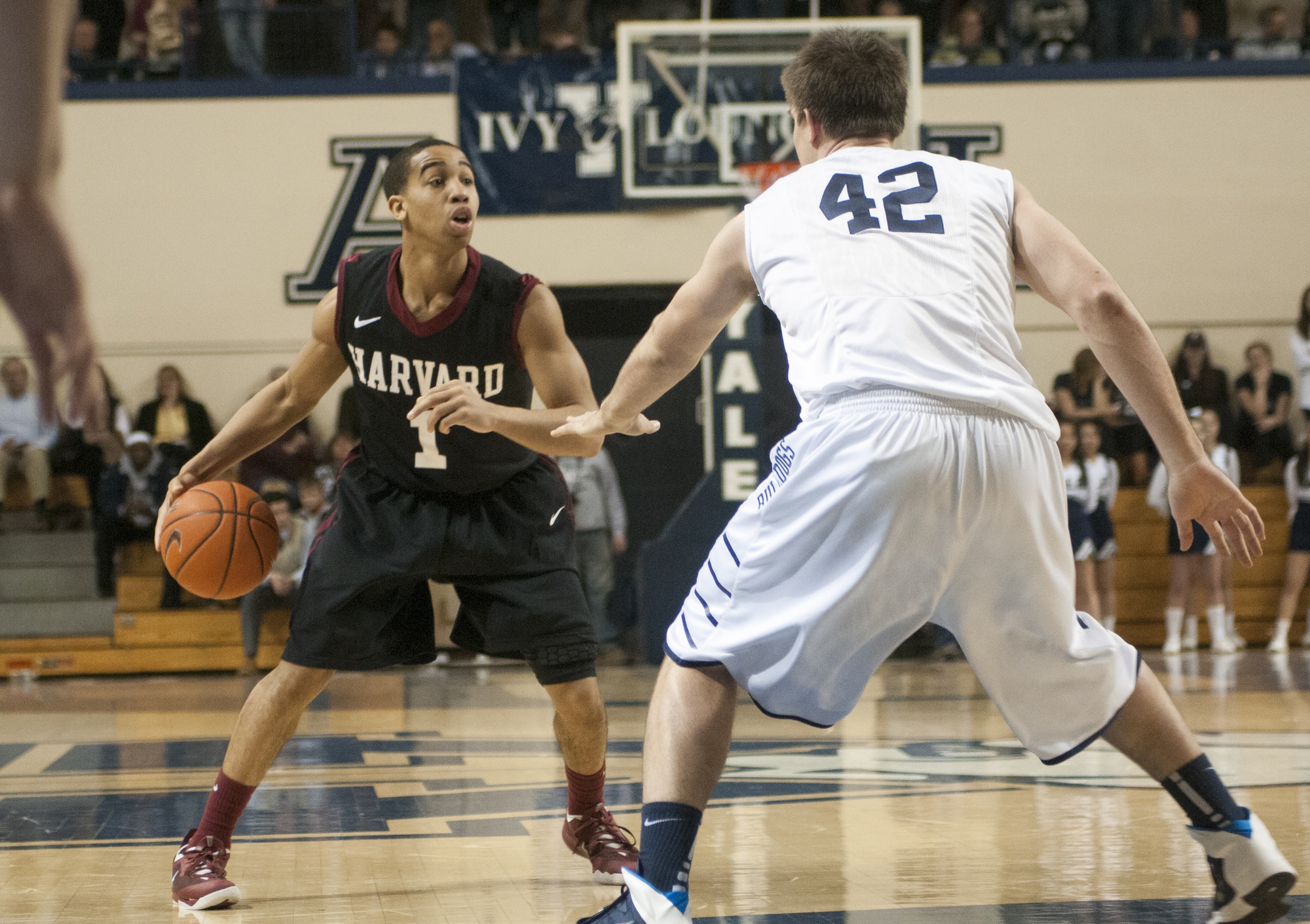 Sophomore Siyani Chambers and co. may find themselves in a familiar situation if the team faces New Mexico in the tournament.
By Dominic Martinez, Crimson Staff Writer

With Selection Sunday just around the corner, the Harvard men’s basketball team will know who it will be matched up with in the round of 64 of the NCAA tournament soon enough. But sometimes speculation is more fun than reality, so we at The Back Page decided to look at what we consider to be the Crimson’s potential opponents in the NCAA tournament and to try and speculate what chance—if any—Harvard will have at pulling the upset. Here, we take a look at the No. 20 New Mexico Lobos from the Mountain West.

After knocking off New Mexico in one of last year’s biggest NCAA tournament upsets, the Crimson could once again find itself paired up with the Lobos on Selection Sunday. Both New Mexico and Harvard graduated just one starter from last year’s squads, so this game could potentially be one of the most interesting second-round matchups.

With senior forward Cameron Bairstow and junior center Alex Kirk, the Lobos boast one of the best frontcourts in all of college basketball. Following a disappointing performance against the Crimson in last year’s tournament, Bairstow dramatically improved his game over the summer and has been one of the nation’s best forwards this season. The seven-foot Kirk put up 22 points and 12 boards against Harvard last year and has continued to be a dominant force in the middle.

If the Crimson takes on the Lobos in the second round, senior forward Kyle Casey and junior forward Steve Moundou-Missi will be tasked to contain the duo of Kirk and Bairstow. Harvard has struggled to defend opposing big men at times this season, which would be a major issue against the Lobos. Yale freshman forward Justin Sears had over 20 points and 10 rebounds in both games against the Crimson, and he gives up an inch and 45 pounds to Bairstow. Moundou-Missi and Casey will have to find a way to defend the New Mexico big men without getting into somewhat characteristic early foul trouble.

But while Bairstow has been an offensive force all year long, he has struggled to defend smaller, quicker forwards who can spread the floor. He had to chase then-junior Laurent Rivard and then-senior Christian Webster around the court in last year’s second-round game, allowing them to combine for 24 points from beyond the arc. If Harvard coach Tommy Amaker is forced to go to a small lineup, the Lobos’ best player could once again find himself fighting through screens to defend the sharpshooting Rivard.

Perhaps the most interesting matchup of this game will be in the backcourt, with Ivy Player of the Year junior wing Wesley Saunders facing former Mountain West Player of the Year Kendall Williams. Both teams rely heavily on the offensive production of the two guards, so whichever has the better game would likely see his team advance to the third round.

In sum, New Mexico’s big men, who are far better than any that the Crimson has faced this season, would cause major problems for Harvard’s frontcourt. To eek out a win against the Lobos, the Crimson will likely need lights-out performances from Rivard, Saunders, and sophomore guard Siyani Chambers. New Mexico would be the favorite in this one—but hey, we all saw what happened last year.