Yon G. Lee coached martial arts at Harvard for more than three decades, eventually becoming the University’s chief instructor of kung fu and tai chi. A beloved affiliate of Adams House, Lee died on Jan. 6 at the age of 74.
By John N. Peña 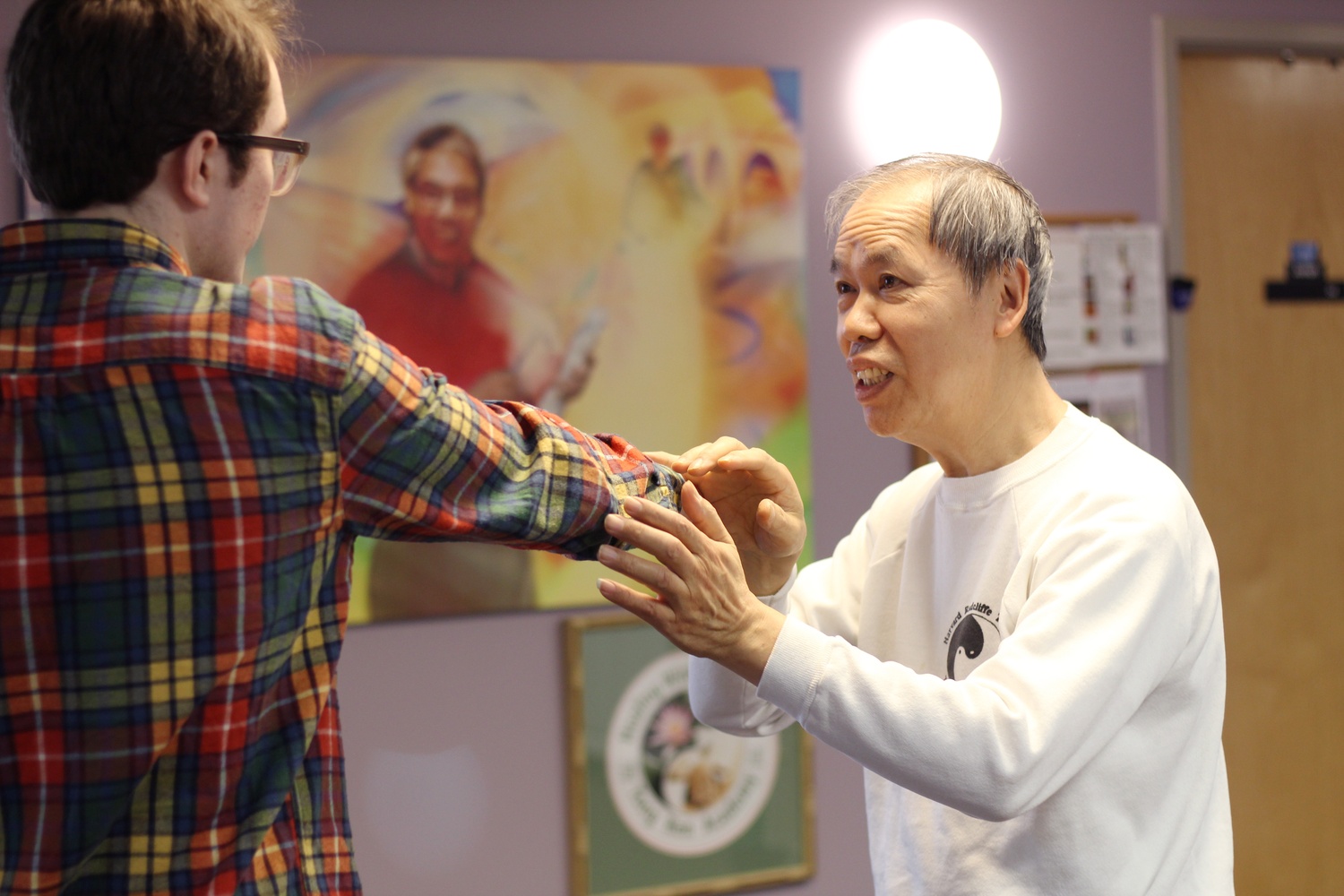 When Mansfield, Massachusetts-based martial artist Deb A. Zion woke up one morning after a long and difficult night of kung fu, she said she found herself unable to move her arms.

Feeling the soreness from her training and the toll of years of practicing martial arts on her body, Zion was unsure how much longer she would be able to meet kung fu’s physical demands.

Searching for wisdom, she looked to her close friend Yon G. Lee for advice. Zion asked Lee, a master of kung fu and tai chi, when she would know that she was too old for the martial art.

But Lee surprised Zion with reassurance, telling her that she would never be too old and advising her to adapt kung fu to herself.

“That was a great piece of advice because I was at that point ready to step away from the arts because I’m like, ‘I’m too old. This is for young people. This is crazy for me to try to do this,’” Zion said. “But I adapted.”

Lee first coached kung fu at Harvard in 1986, and he eventually became the University’s chief instructor of kung fu and tai chi. In all, he spent more than three decades at Harvard. Lee was also a beloved affiliate in Adams House, which he joined in 1997.

Lee died from Parkinson’s disease on Jan. 6 at the age of 74.

Former Adams House Faculty Deans Judith S. Palfrey ’67 and John G. “Sean” Palfrey ’67 described Lee as a generous and loving person who was always interested in the lives of his many friends in Adams House and beyond.

“He did bring life to anything you did with him,” Sean Palfrey said.

‘One Short of a Great One’

Zion recalled making a “big mistake” the first time she trained in kung fu with Lee, whose small frame she described as “98 pounds soaking wet.”

“I was trying to be gentle because I see this little guy,” she said. “Next thing I know, I am tied up in a knot and I didn’t even know what got me.” 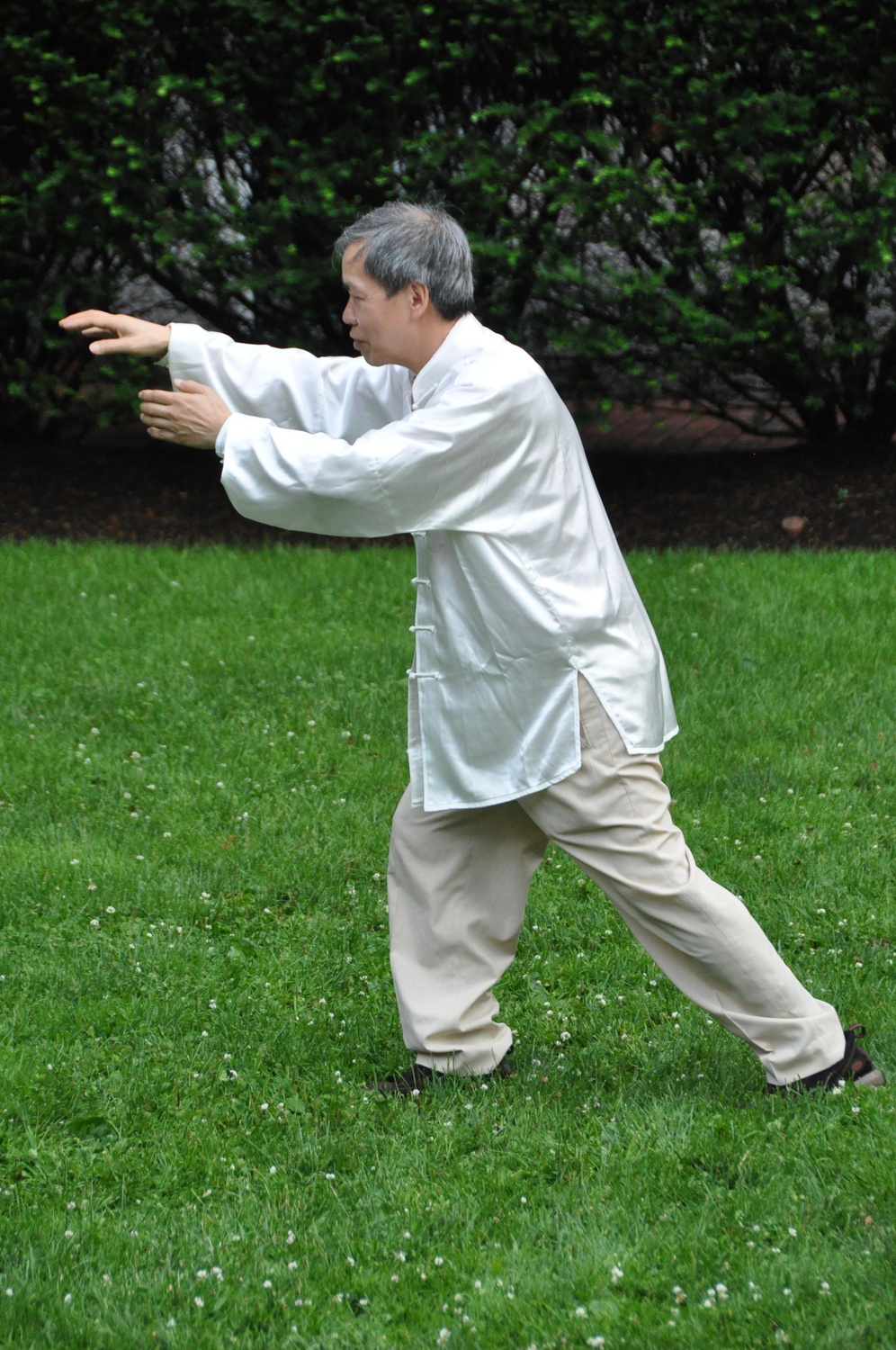 Lee was a master of kung fu and tai chi — a meditative form of kung fu that focuses on the proper flow of one’s energy, or chi, throughout their body, Zion said.

Timothy J. LaVallee, a martial artist and longtime friend of Lee, remembered Lee as an exceptional teacher of tai chi who could explain its complex nature in ways that made sense to his students.

Andrew J. Green ’99 said he began taking Lee’s classes as refuge from the stress of life as a college student. He said the classes provided balance “intellectually, and emotionally, and interpersonally.”

“It gives one a centering, where you can be in the middle of whatever chaos is going on around you and it’s okay,” he said.

Former Adams resident Eboni C. White ’17 recalled the way that Lee would serendipitously teach others around him new skills. White, who had then just begun learning how to throw knives, recalled Lee approaching her to teach her a new technique after she had finished a practice.

“He showed me these videos of tai chi masters throwing chopsticks through cement,” she said. “And so, long story short, he ended up teaching me how to throw my knives in a way that it looked like an accident.”

“That’s part of the reason why I think he was so endearing,” she added. “He’s not gonna be like, ‘Oh, that’s dangerous.’ It’s more just like, ‘If you’re gonna do it, do it right.’”

Zion, who said Lee is part of her “kung fu family,” will remember Lee as a “great martial artist.”

“The martial arts world is one short of a great one,” she said.

An immigrant from China, Lee was dedicated to fostering cultural exchange between his birthplace and the United States.

“He wanted the Chinese culture and the Chinese people to be seen by us in the United States. That was his passion,” said retired Adams House cook Edward B. Childs.

Born in Taishan City, China in 1948, Lee moved to Boston when he was 10. He graduated from Brandeis in 1973, where he studied physics and went abroad to the Chinese University of Hong Kong. Lee later received a master’s degree in nuclear physics from Northeastern. 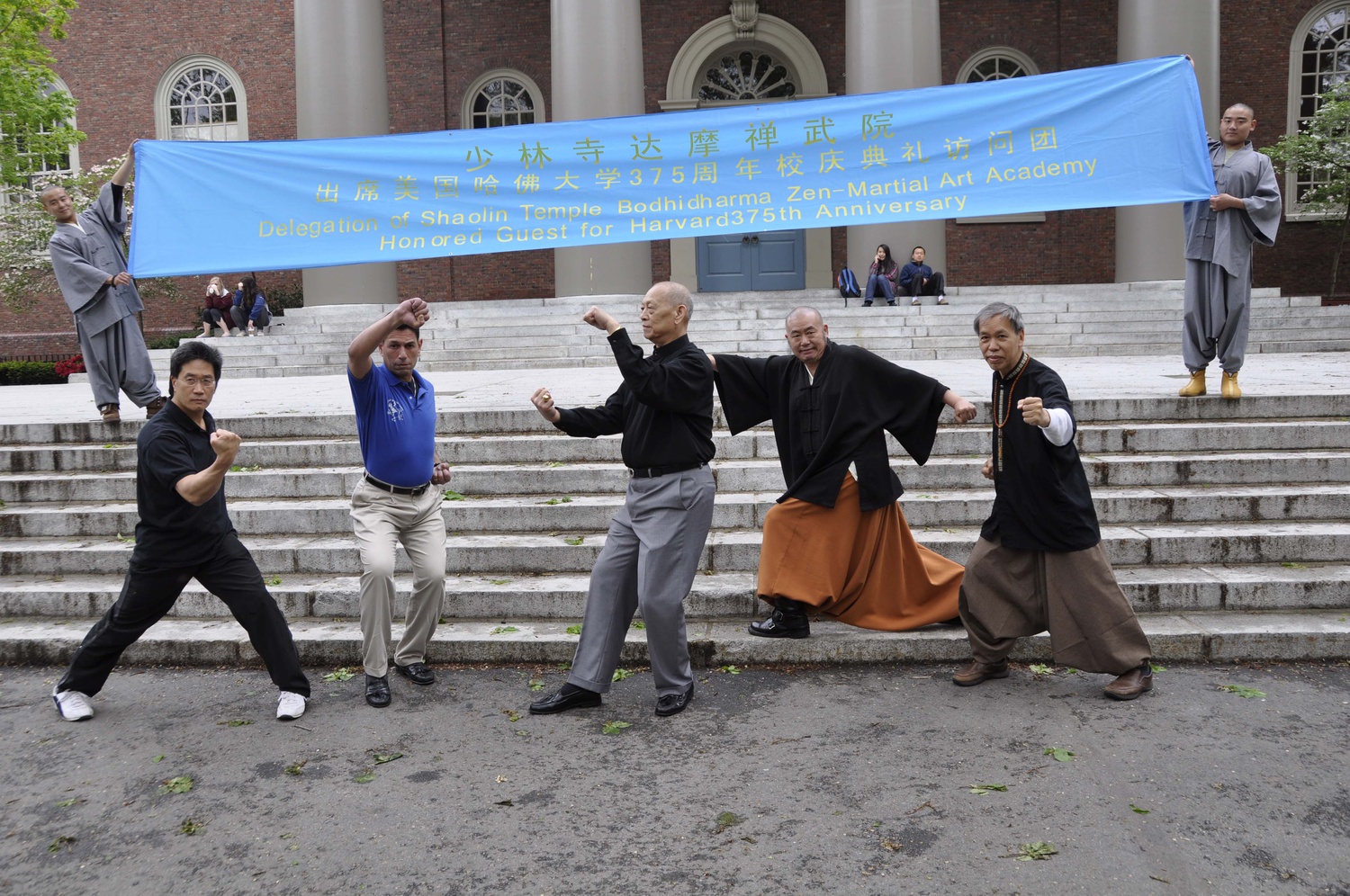 Lee, right, launched an annual exchange program between Harvard students and the Shaolin Temple in Dengfeng, China. By Courtesy of Sean Palfrey

Part of Lee’s effort to foster connections between the U.S. and China included setting up a scholarship program to fund an exchange program for students in Harvard and China. The program, led by Lee, provided groups of Harvard students the opportunity to learn about Chinese culture as emissaries in Beijing or Dengfeng.

Sean Palfrey, who made two trips to China, credits Lee’s friendliness for the warm welcome the delegations from Harvards received from their hosts.

“He has, obviously, a lot of connections there, both friends and family and artists,” he said. “We were greeted everywhere. There were times that we literally would go into a small town and across the street at the entrance of the town, it said ‘Welcome, Yon Lee and Dr. Sean Palfrey from Harvard.’”

Lee also brought students, educators, and artists from China to Adams. On one occasion, he welcomed the abbot of the Shaolin Temple, a renowned monastery recognized as the birthplace of Chan Buddhism and Shaolin kung fu.

“He was a guy who made friends extremely easily and saw himself as really this ambassador, not just between Boston and Chinatown, but between this region and China,” Sean Palfrey said.

“He would say, ‘coming with a bunch of my friends.’ That might be anywhere between 20 and 100. You never knew who would come,” he added.

In Boston, Lee also served as Mayor’s Liaison to the Chinese Community under former mayor Raymond L. Flynn, who credited Lee with progress in countering gang violence in the city’s Chinatown during the late ’80s and early ’90s.

LaVallee said Lee was “always looking for an opportunity to bring folks together from different places.”

“He wanted to make sure that the community at the University — the students — had an opportunity to experience this stuff from people from around the world, instead of just himself,” LaVallee said.

When the Palfreys began their tenure as Adams House faculty deans in 1999, they said they were impressed by the commitment that Lee brought to the house.

“We sort of thought there was a building and there were some students, and we had no idea that there actually were these wonderful people who were committed to being part of the community,” Judith Palfrey said.

“It was just a charming partnership with this man in every sort of setting,” Sean Palfrey added.

Childs said he and the rest of the dining hall staff carried “tremendous” respect for Lee, who regularly invited them to his kung fu classes and house events. 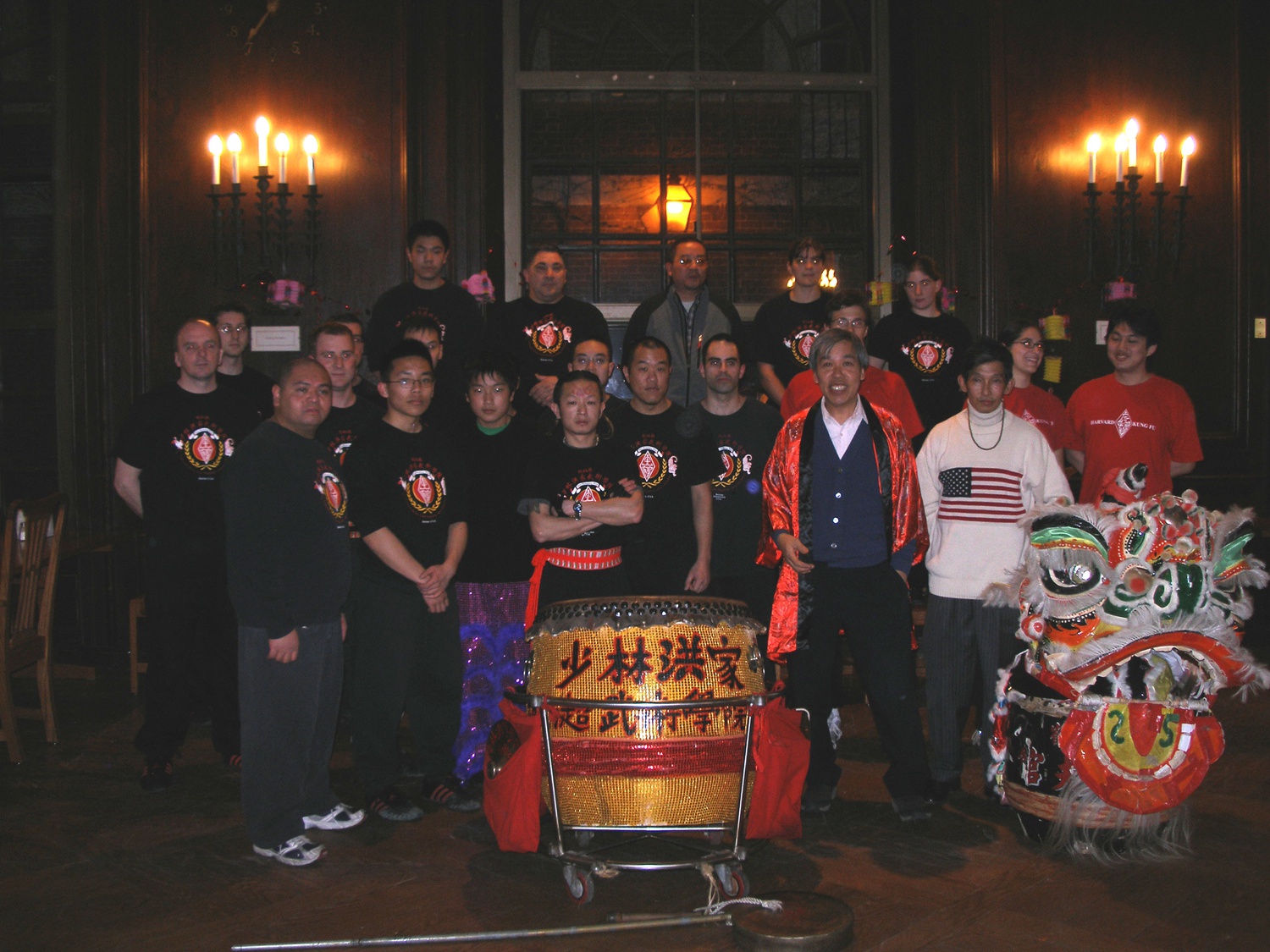 Once, Lee trained the Adams dining staff to cook traditional Chinese food for a Lunar New Year celebration in the house, Childs said.

“We had traditional foods, all traditional recipes, from scallion pancakes to the gravies, the sauces, how to cut the Chinese broccoli — everything,” Childs said. “The big thing was he trained us, and he did it with passion, and it was obviously excellent.”

Judith Palfrey said Lee had a “knee-jerk” reaction to help others, citing his help in organizing a vigil for Adams affiliates after the Sept. 11 terrorist attacks.

“By noon that day, there were no candles anywhere in Cambridge and Boston, and Yon got wind of that. And he went to every suburban little town and place himself,” she said. “He came back just in time with exactly the right number of candles.”

Green, one of Lee’s former kung fu students, called him “the real deal.”

“He took each student as they were and helped give them, I think, the inner strength and the outer physical strength to grow and become who they needed to be at Harvard,” Green said.

—Staff writer John N. Peña can be reached at john.pena@thecrimson.com.