‘It Came From the Closet’ Review: A Lyrical Tribute to Queerness and the Macabre 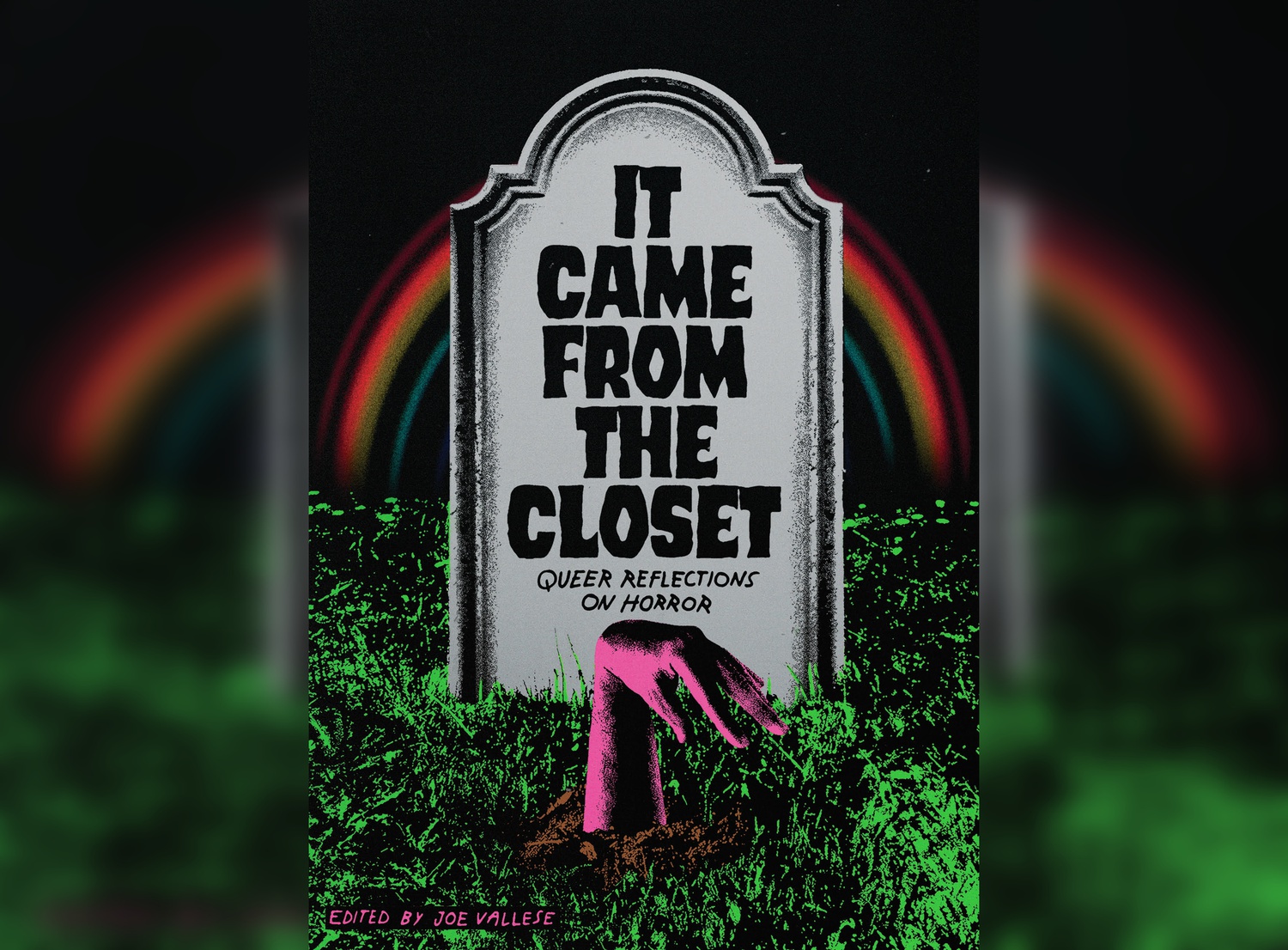 Cover of "It Came from the Closet," edited by Joe Vallese. By Courtesy of The Feminist Press
By Sawyer Taylor-Arnold, Crimson Staff Writer

“On some level I knew horror wasn’t just about monsters doing bad things,” S. Trimble writes in the opening essay of “It Came From the Closet,” “It’s also about doing gender badly.”

This notion undergirds much of Joe Vallese’s anthology, released in early October by the Feminist Publishing Press and comprised of 25 essays from a talented group of queer and trans writers. “It Came From the Closet” dives head first into the muddy waters of horror — a genre notorious for its demonization of queerness and gender nonconformity — and the queer people that consume, question, and love it despite its problematic history. Replete with beautiful, memoir-style narratives, this collection of essays is well worth the read regardless of the reader’s affinity for horror or movie analysis.

While many of the essays use queerness as a lens through which to analyze horror, horror is also used to explore ambiguous notions of queerness. Though these two paradigms serve as the backbone of the anthology, they are far from the only things discussed as authors grapple with race, religion, disability, parenthood, family, illness, grief, friendship, and even twinship. These 25 essays traverse a vast sea of topics, gifting the reader with brief glimpses into an array of different lives, experiences, and interiorities. Some authors attempt to do what Trimble (author of the essay “A Demon-Girl’s Guide to Life”) citing Eve Kosofsky Sedgwick calls a “reparative reading”— an alternative way of looking at these films that explicates their resonances with queerness rather than their demonization of such; other authors like Zefyr Lisowski (writer of “The Girl, the Well, the Ring”) are far more critical of the genre that has historically weaponized queerness, transness, and gender non-conformity as a signifier of monstrosity.

These internal discrepancies, however, speak to the most compelling things about this book: The diversity in stylistic approach, the varying ways authors found to weave together horror and queer existence, and the multitude of lives that come alive on the page. Particularly notable essays include “The Girl, the Well, the Ring” by Lisowski, which intertwines analysis of “The Ring” and “Pet Semetary” with musings on chronic illness and disability; “Black Body Snatchers” by Samuel Autman which links Jordan Peele’s “Get Out” to Autman’s experience as a Black, queer journalist surrounded by the omnipresent whiteness and Mormonism of Utah; and “Indescribable” by Carrow Narby who articulates a fascinating exploration of “The Blob” and “Society” in an essay about genderlessness, corporeality and pain, and the pursuit of imperfect intimacies.

Perhaps most compelling, however, is Vallese’s own contribution to the anthology. In it, Vallese interweaves a dissection of “Grace”, a 2009 film about an infant that feeds on human blood, with a moving narrative about queer parenthood. The effect of this is a poignant essay about a gay couple’s journey to create a family intertwined with cinephilic analysis of a cannibalistic baby that, in spite of this seemingly contradictory and macabre content, leaves the reader feeling hopeful and light.

While many of the films discussed are predicated upon the vulnerability of bodies — in conjunction with the purported “monstrosity” of queer and gender nonconforming bodies — there is something undoubtedly resilient about authors using these films as the lens through which to explore their own lives and survival on the page. Many of the authors identify with the werewolves, witches, monsters, and blobs (yes, even blobs) that they write about, finding humanity and commonality in the monstrous, unearthing stories of community and self-discovery in the tales that normally haunt us.

The stakes of this should not be underestimated: “It Came From the Closet” finds value in identifying with the monsters that have historically been used to demonize queer people in film. Yet it does so with incredible success as this identification manages to humanize, deepen, and complicate all involved, alive and fictitious. While an ambitious project — to identify with the monster society has said you are — it is one that the writers of this anthology carry out with grace and skill. Notably, there is very little recognition of these high stakes throughout the anthology, and only one author acknowledges what it would mean for this book to fail: “It’s dangerous, I know, to connect transmasculinity or gender dysphoria with a movie about female self-mutilation,” Jude Ellison S. Doyle writes. “The idea that transmasculine people are self-harming ‘women’ is currently one of the main talking points TERFs (trans-exclusionary radical feminists) use to try to argue us out of existence.”

At its best, this anthology offers captivating personal essays, astute movie analysis, and lyrical prose that expands (and complicates) conceptions of queerness. In the moments it falters, authors rely on a tenuous link between the film they are purportedly discussing and a disconnected personal narrative. These low points are few and far between, however, and the quality of storytelling, prose, and analysis throughout the anthology more than makes up for occasional moments of disjointedness.

“It Came From the Closet” is a compelling read across the board — for those whose childhood was shaped by these cult classics to those whose horror movie consumption ends at the trailer — as much as it is an ambitious project to shift our conceptions of queerness and horror.