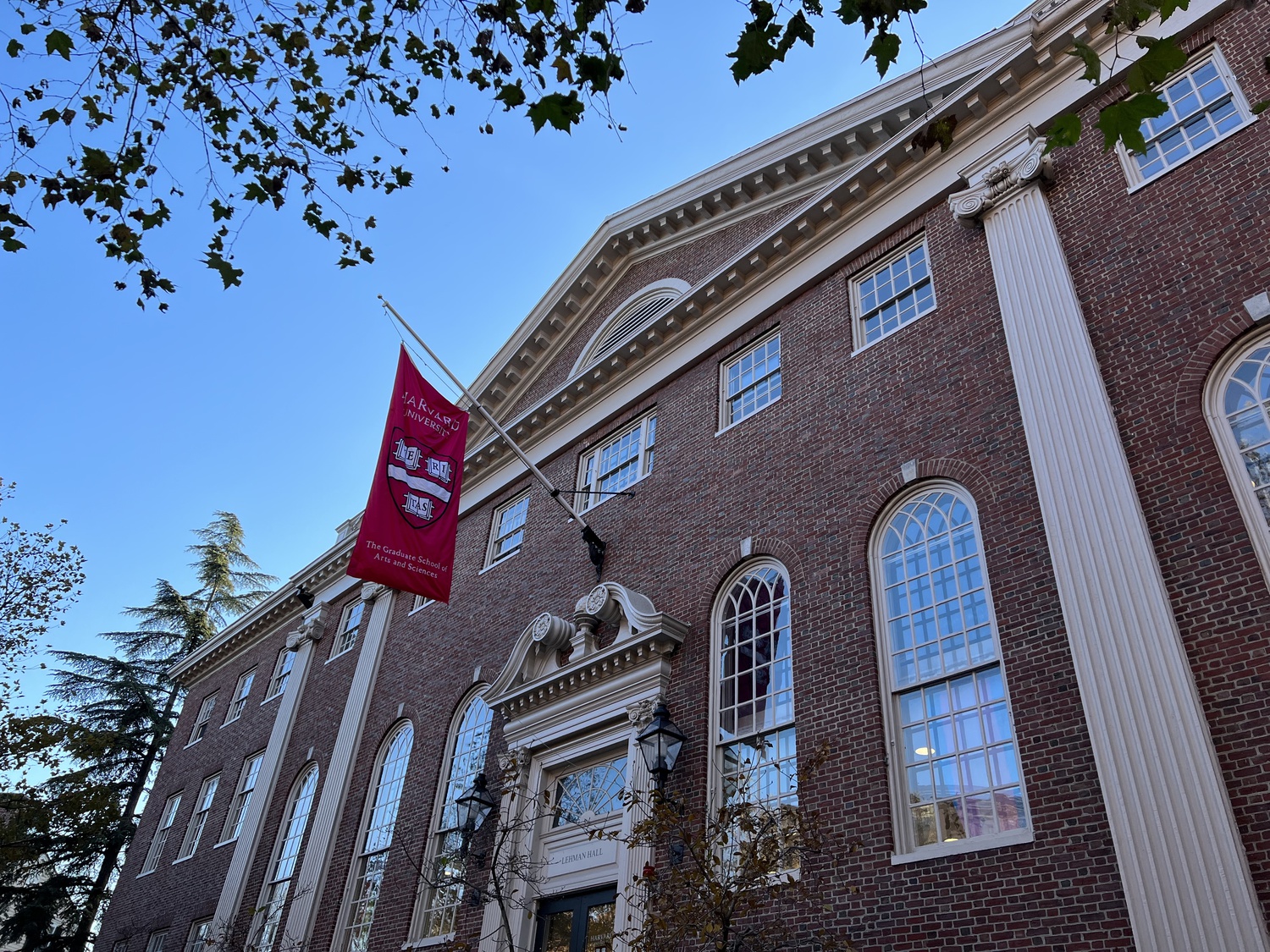 Lehman Hall, at the intersection of Harvard Yard and Harvard Square, is the center of student life for the Graduate School of Arts and Sciences. By Angela Dela Cruz
By Tracy Jiang, Crimson Staff Writer

The meal plan can be used at six HUDS cafes, located at Harvard Law School, Harvard Kennedy School, the Science and Engineering Complex, Harvard Divinity School, the School of Public Health, and the Graduate School of Arts and Sciences.

According to HUDS Director of Communications Crista Martin, the new meal plan was developed over the summer to support students who otherwise would not have a residential meal plan during the academic year.

“It is an effort to extend our numerous professional school and campus cafes as welcoming venues for the community connections that happen outside the classroom,” Martin wrote in an emailed statement. “We are excited to create inclusive spaces and healthy meals that foster these connections.”

Previously, graduate students had the option of enrolling in the GSAS Commons Meal Plan, which offered two dinners per week plus a declining balance allotment that could only be used at the GSAS Commons.

Extension School students did not qualify for enrollment in the previous plan, according to Kody Christiansen, President of the Harvard Extension Student Association.

Christiansen said he had tried unsuccessfully to register for the GSAS Commons Meal Plan last fall. He said he was told HUDS did not have access to the billing accounts of HES students, though he was eventually able to join the plan after a month of communications with HUDS and the GSAS Student Life Office.

The new GradPlus plan welcomes HES students to join through credit card payments, according to the HUDS website.

“As college students, no matter what age you are, sometimes funds run low,” he said. “With a meal plan, you have food security because you’ve already paid for it and it’s there — especially with a meal plan through Harvard, there’s always going to be food there.”

Aamenah Qutbuddin, an HES student, said she wanted to enroll in the GradPlus meal plan as a way to feel more included in campus life as a Harvard student.

“I want to be able to meet as many people as I can during my time here, and one way to do that is to be able to have access to the dining halls because you know, the best conversation happens over good food,” Qutbuddin said.

“I've spoken to a lot of degree-seeking candidates who don't feel as integrated into Harvard, and I think this is just one step to help people feel more included,” she added.

Christiansen also said that having the new meal plan would be helpful for degree-seeking Extension School students that are moving to Cambridge to complete their on-campus course requirements.

“Breaking bread together with classmates is one of the quintessential college experiences. I just think it's really important to have the access — to have the ability to get a meal plan and to share a meal,” Christiansen said.