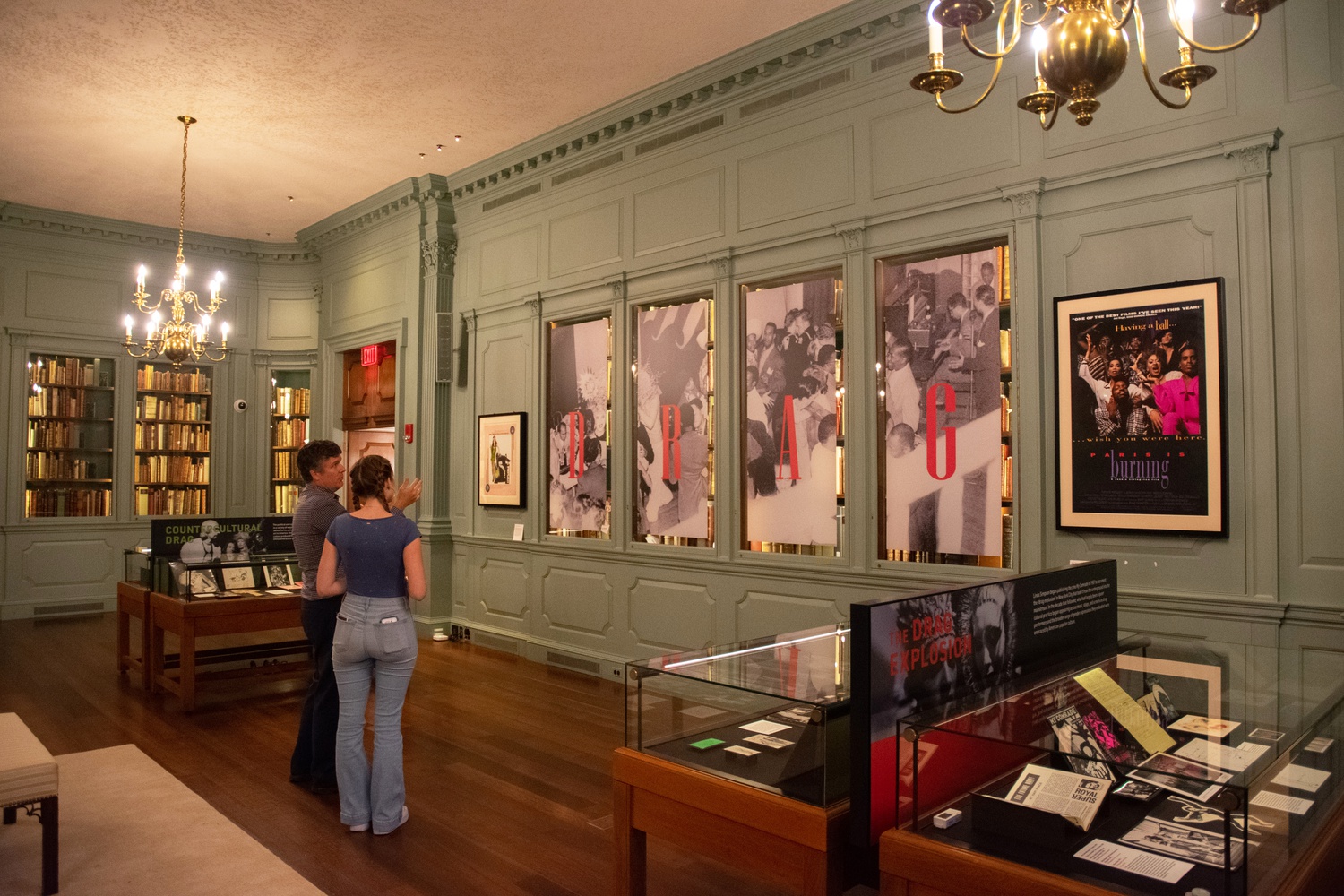 Houghton Library opened on Tuesday an exhibition on the history of drag in America, organized by Matthew Wittmann, curator of the Harvard Theatre Collection.

The exhibit highlights the long history of drag as a part of American culture and points to its roots in Shakespearean England, where male actors frequently cross-dressed in theatrical performances.

“There's a longer history and a greater range of gender expressions,” Wittmann said. “People were doing these sorts of things for a long, long time.”

“Cross-dressing in the theater has existed for forever,” he added.

Wittmann said he chose to center the exhibit around American drag primarily because Harvard students and faculty had demonstrated enthusiasm in related topics.

“The driving force here was scholarly student and faculty interest in gender and performance,” said Wittmann. “One of the clearest ways that is played with and popularized in contemporary American culture is through drag performance.”

The exhibit demonstrates the link between drag and the American prohibition in the early twentieth century.

“Drag performances really flourished because of prohibition,” Wittmann said. “These underground clubs that spring up — they are more receptive to different kinds of entertainment than previously-existing clubs, and so you see a greater range of types of entertainers.”

The exhibit also spotlights activists, such as Marsha P. Johnson, who were involved in the Stonewall riots.

But he acknowledged in an interview that drag “is not without controversy” and can sometimes be viewed as “an act of appropriation.”

“Often in performing an exaggerated version of gender, you can reinforce gender binaries,” Wittmann said. “A lot of this is in flux, and it depends on context and who the performer is and who the audience is.”

The exhibit also contrasts the stories and experiences of famous drag queens Sir Lady Java and Burma Taylor. Wittmann said the two had “very differential experiences” despite being near contemporaries due to the racial discrimination Sir Lady Java faced as a Black activist and performer.

Wittmann hopes visitors will gain an appreciation for the historical ties between gender and entertainment through the exhibit.

“What this really illuminates is how gender and entertainment intersect in different ways,” said Wittmann.

A previous version of this article misspelled Matthew Wittmann's name.