Candidates Make Final Push Ahead of Massachusetts Primaries — Including at Harvard

On the final weekend ahead of the Massachusetts state primaries on Tuesday, State Senator Eric P. Lesser ’07 returned to his old stomping grounds.

“It’s a little bit of a homecoming because I remember spending a lot of time here doing my own canvassing and door-knocking for candidates,” Lesser said on the steps of Harvard’s Boylston Hall on Saturday, where he addressed Harvard affiliates who volunteered for a handful of candidates making their final push ahead of Tuesday’s election.

Lesser, a graduate of Harvard College and Harvard Law School, faces two other Democrats in the party’s primary for lieutenant governor on Tuesday.

Undergraduates with the Harvard College Democrats gathered to canvass for both the candidates their group endorsed, Lesser and Tanisha Sullivan, who is running for secretary of state. 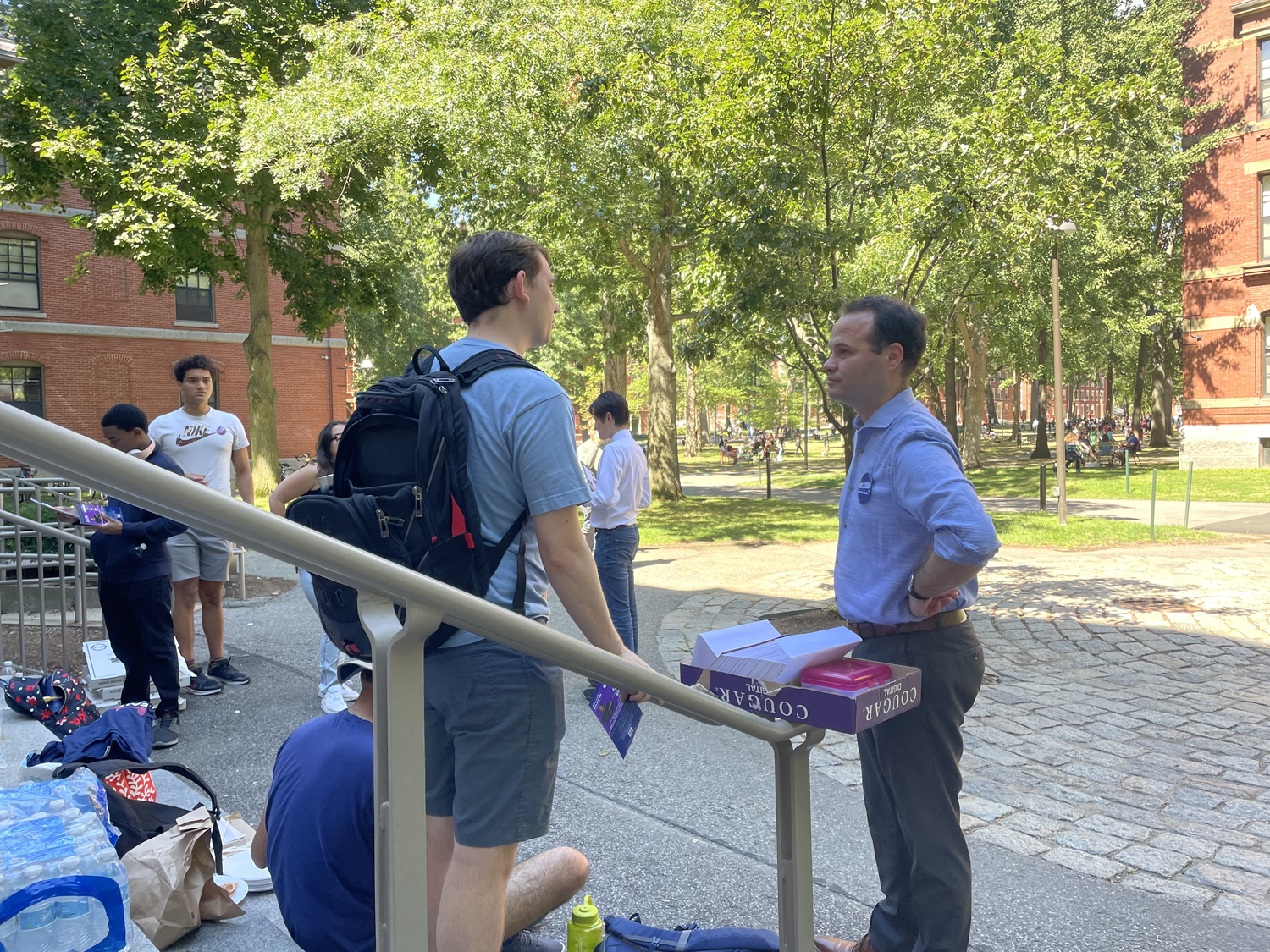 “It is always a crazy turnaround here at school, going from moving in to literally then having the Massachusetts state primaries,” he said.

“I think students are really left out in Massachusetts when it comes to elections because we don’t have same-day registration,” he said.

Sullivan — who is facing longtime incumbent Secretary of State William F. Galvin — held a rally in Boston on Monday where she was joined by U.S. Rep. Ayanna S. Pressley (D-Mass.) and two Boston city councilors.

Many spectators are focused on Tuesday’s Democratic primary for attorney general between Shannon E. Liss-Riordan ’90 and Andrea J. Campbell.

Both candidates held events with their respective high-profile endorsers in Boston on Monday evening. Campbell, a former Boston city councilor and mayoral contender, was joined by Maura T. Healey ’92 — the presumptive Democratic nominee for Governor — while Liss-Riordan was accompanied by Boston Mayor Michelle Michelle Wu ’07.