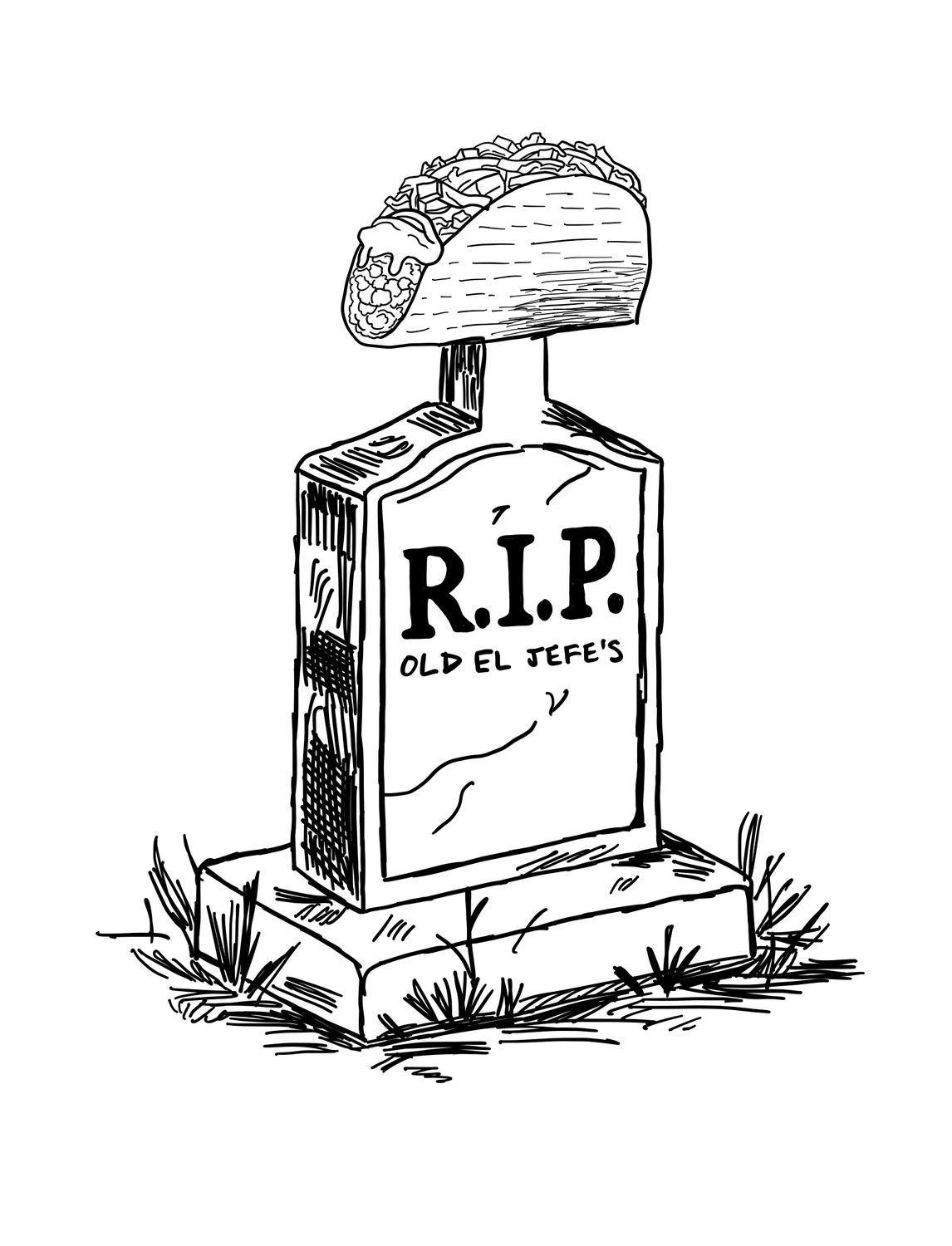 It’s the first day of college. A gaggle of freshmen gathers in the middle of Harvard Yard. A professional-grade Bose speaker is blasting “Magic in the Hamptons” on repeat. Over the noise, people are yelling the classic freshman icebreakers, “WHAT’S YOUR MAJ— I MEAN, CONCENTRATION?” “WHERE IN NEW YORK ARE YOU FROM?” “WHAT’S YOUR MOST TRAUMATIC CHILDHOOD MEMORY?” Just before the ambulance pulls up, the token triple-legacy asks, “Jefe’s or Felipe’s?”

El Jefe’s Taqueria — usually referred to as “Jefe’s” — is every student’s go-to spot after a long night of partying or psetting thanks to its ungodly late hours of operation.

This year, however, Jefe’s has changed locations from its fixture next to “Tasty Basty,” a freshman favorite party spot, to a much larger space across from CVS — the only business in Harvard Square that stays open longer than the burrito joint itself.

Part of the charm of Jefe’s old location was its impossibly long line moving an inch per hour, which filled in for Harvard’s otherwise lackluster social scene. Nothing tops off a Friday night better than making friends with the random kid in your section standing in front of you. Now, it remains to be seen if the tradition can continue in the larger, multi-story space.

After learning of Old Jefe’s fate, the Harvard community came together to hold a funeral at Cambridge’s Old Burying Ground for the beloved location.

The details of the interment were shared only by word of mouth — and in true Harvard fashion, via a printed invitation slipped under the doors of a select few. People from all walks of life attended: drunk teenagers, exhausted students, and Harvard alums desperate to feel young again. They came to express gratitude, remorse, and extremely explicit stories. Jamie J. Dunster ’99, who clarified multiple times that she was in Lowell House, made the first eulogy, sharing, “I’ve gone through so much in Jefe’s. I had my first hookup, my first breakup, and my last burrito there. It holds a special place in my heart.”

Meanwhile, Christian F. Vanderbilt ’24 explained that Jefe’s was his only social outlet at Harvard. “Every night during the weekends, I’d walk up to clearly inebriated students and ask them if they knew who Crimson Confessions was. And I figured it out. I am watching you,” he warns.

Others admitted to the crimes against humanity they committed at the restaurant. Ronald “Ron” Chee ’25, Trey M. Tinkle ’24, and Robert J. Head ’23 apologized for the trauma that they caused the Jefe’s toilet, eventually disinfecting and framing the toilet seat to memorialize its “strength through adversity.”

At the break of dawn, the service closed with a ceremonial burial of the last burrito made in the old Jefe’s building. As the burrito was lowered into the Earth, tears flowed freely.