Music in the Courtyard Returns to the Isabella Stewart Gardner Museum 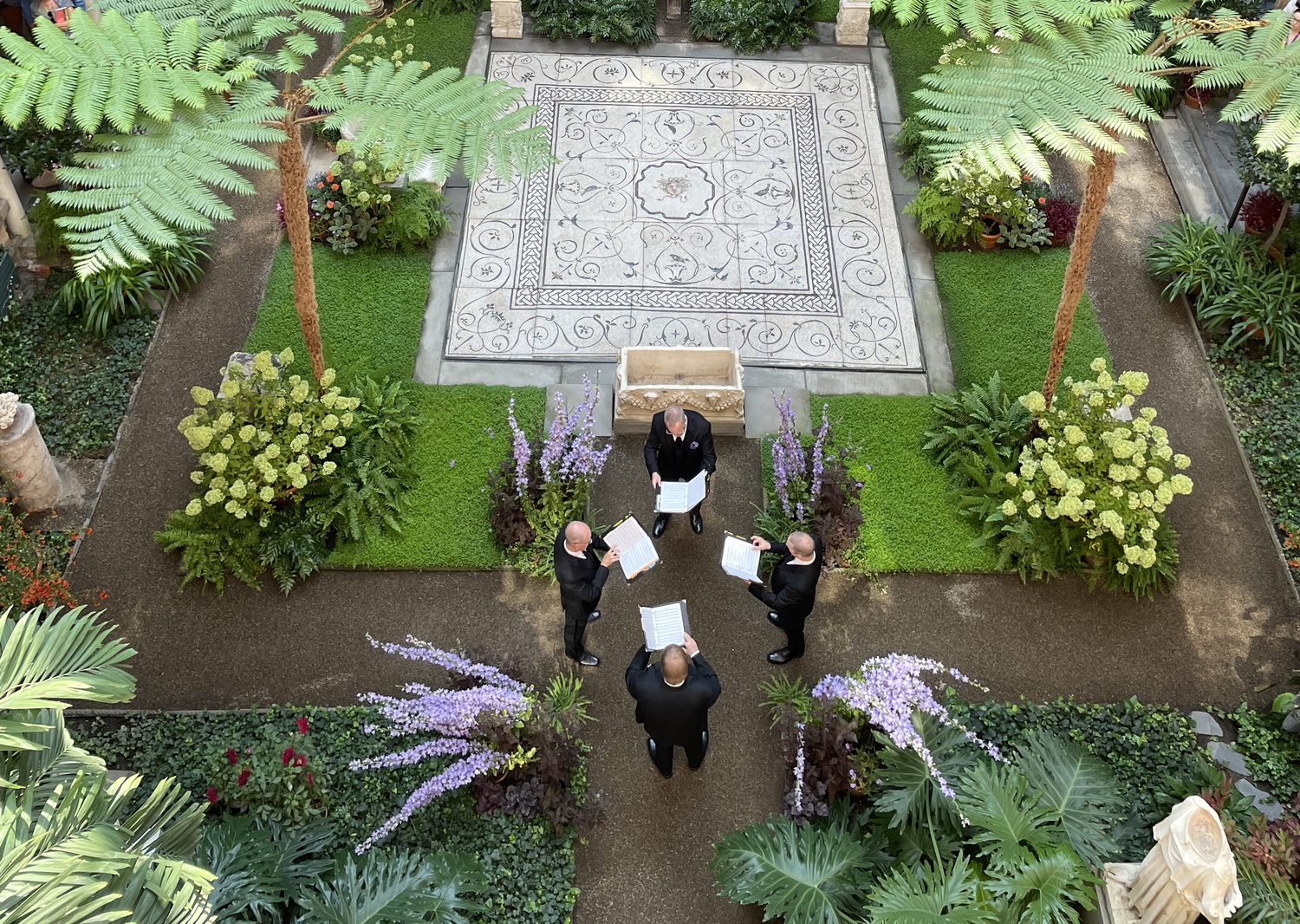 The voices of the acclaimed New York Polyphony filled the courtyard of the Isabella Stewart Gardner Museum on Sunday, Sept. 18, in the first iteration of the Weekend Concert Series hosted by the museum this fall. The quartet performed a series of songs which were written or revived during the reign of Queen Mary I, the first woman to rule England in her own right.

During the installation, museum visitors milled about the Isabella Stewart Gardner Museum as the music from the center Courtyard echoed through the adjoining rooms. Though the Weekend Concert Series is normally held in the Concert Hall of the museum, this opening performance in the Courtyard allowed visitors to simultaneously enjoy art and music. One visitor, landscape painter Dan Faiella of New Hampshire, watched the show from the balcony of the Raphael Room.

“It’s heavenly to walk around and see the paintings and hear the music at the same time,” Faiella said. “I also play music, so having the combination of both is really cool.”

Faiella was one of many visitors who watched from alcoves while the four singers performed amongst the live flora the greenhouse-like Courtyard is known for, gracing the beauty of each room with charming music. Also among listeners was the museum’s Abrams Curator of Music, George Steel, who organizes all musical programming — a cause Isabella Stewart Gardner herself was passionate about.

“I think music was Isabella Stewart Gardner’s first love,” Steel said. “[The Gardner Museum has] the oldest museum-based concert series, and it’s a living part of the collection that [Gardner] imagined being a permanent feature.”

The New York Polyphony are foremost performers of medieval and renaissance-era works, touring the world to share music which would otherwise be lost to time. Polyphony, a form of choral performance which combines multiple melodies and tones within the same lines, is characteristic of the music popularized in and around Queen Mary I’s reign. The pieces performed on Sunday were found in the Eton Choirbook (c. 1510) and the Gyffard Partbooks (c. 1576).

“It was an international arms race – from 1400 to 1510 – to expand the tessitura, or the range that choirs sang in, to expand the number of voices, and to just be spectacular,” Steel said. “This [performance] is an anthology of the most spectacular pieces [from the Eton Choirbook and Gyffard Partbooks].”

The music could be heard from the museum’s Dutch Room, where Antonis Mor’s 1554 portrait of Queen Mary is displayed. The portrait served as a message to the queen’s future husband, Prince Philip of Spain, that she would remain the sole ruler of England. The queen is pictured holding a Tudor rose, signifying her lineage, and looks upon the subject with what appears to be distaste.

“She’s not spending her energy trying to be attractive,” Steel said about the unusually unembellished portrait. “She’s projecting power.”

The performance, held soon after the death of Queen Elizabeth II, emphasized the power of the first female monarch of England who ruled in her own right, indirectly paying homage to the late queen. It served as a reminder of the long-lasting significance of British rulers — in particular, female rulers — and the enduring legacy they leave behind. Beyond its specific cultural context, the music simply offered a lovely accompaniment to the experience of the museum’s exquisite collection.

The Weekend Concert Series will hold performances every Sunday afternoon throughout the season, featuring musicians from the Boston area and beyond.

“Isabella adored music and musicians and composers and performers,” Steel said. “She had a restless, witty, brilliant mind and devoted it to many different things, but music first among them.”

Gardner intended her museum to stand for those who appreciate art of all forms, music-lovers among them. With the museum’s plethora of beautiful performance spaces, Steel intends to carry on Gardner’s envisionments and will continue to welcome listeners and musicians alike.