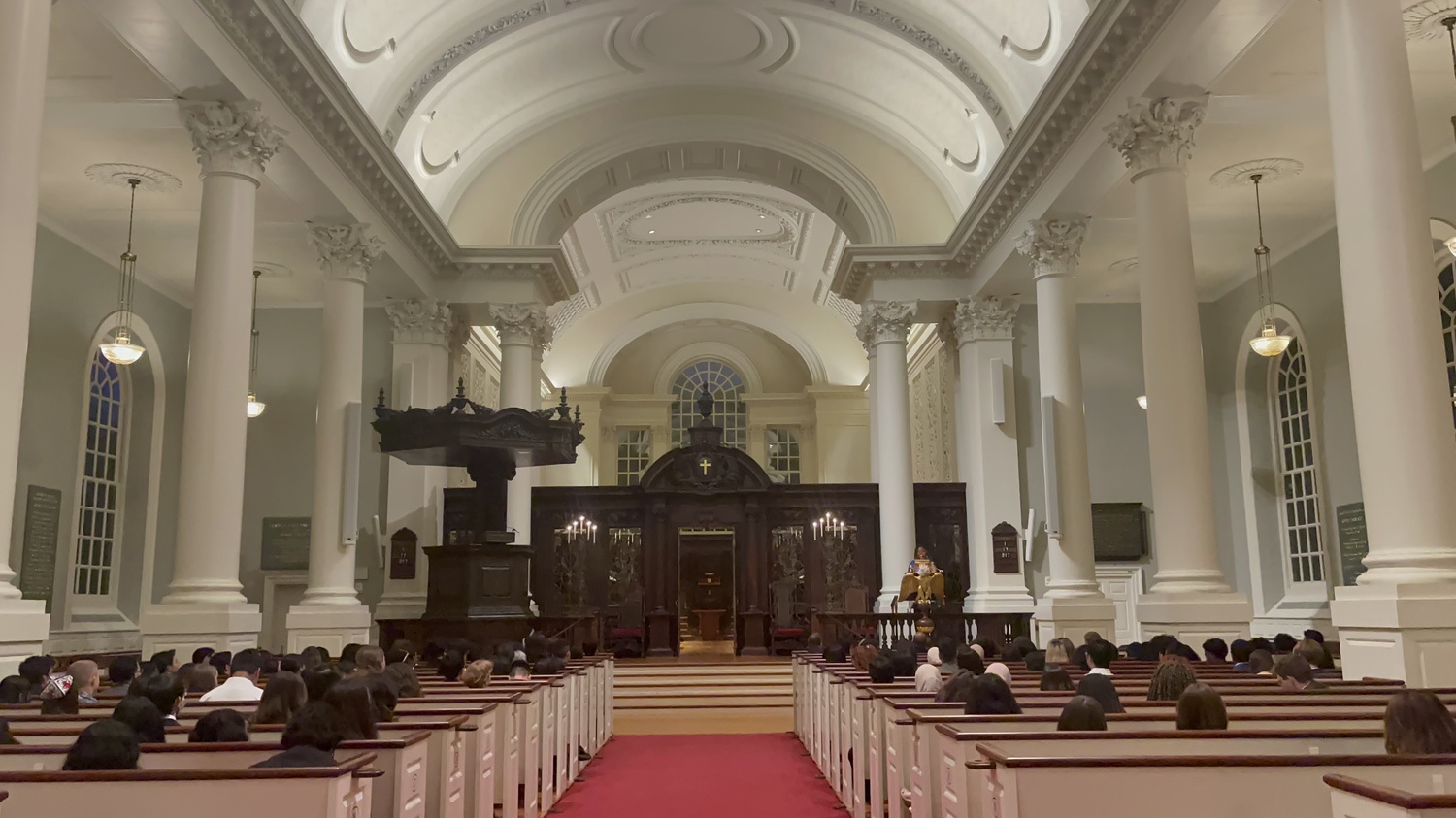 Roughly 100 Harvard students convened at Memorial Church Saturday to celebrate first-generation, low-income members of the Class of 2026 in the inaugural FGLI welcoming ceremony.

Laila A. Nasher ’25 — the founder and chair of FLI Harvard — said in an interview the organization aims to “create institutional support, celebration and advocacy for first-generation, low-income students.” Harvard FLI is a student program sponsored by the Harvard Foundation for Intercultural and Race Relations.

“I really wanted the incoming first-generation, low-income student class to feel that as soon as they start their journey on this campus, they're welcomed, they're greeted, without ever having to feel that they have to let go of that identity — that they're aware of the resources and the programs that are offered to them,” she said.

Nasher emceed the ceremony and introduced the performers and speakers, including Mariachi Véritas de Harvard and former prime minister of Sweden, Stefan Löfven.

“This is the first of so many things drawing the school’s attention and the students’ attention to the economic stratifications that we have in the school,” Aboge said.

Eric Olvera ’23 said he was shocked as a senior that events tailored to FGLI students had not regularly occurred in the past.

“It blows my mind that this isn't a thing that has happened regularly the past few years,” he said. “Talking about FGLI issues is sort of a new thing.”

Overall, attendees praised the event and its speakers.

Daniel Kocot ’26 said that he felt a “little scared” and “really alone” joining Harvard’s campus as a first-generation, low-income student, but the event’s speakers made him feel “powerful.”

“What stuck with me most is, no matter your background, no matter where you're from, you have a place here and you have the potential to have an amazing impact on the world,” he said. “And I felt like that really resonated with me and again with a lot of my friends.”

Steven Giraldo ’26 said the event was “beyond excellent.”

“The speakers were genuine,” he said. “They were very clear and they really validated our experiences here as first-generation, low-income students.”

Some attendees said the ceremony reinforced a sense of belonging.

Silas Camp ’26 said hearing other FGLI people’s experiences and learning about resources gave him “a lot of hope.”

“Belonging in an institution is a very hard thing to come to terms with and I think that this event helped a lot with that,” he said.

Ivanna Garibay ’26 was also grateful for the feeling of belonging that the event created.

“I know everybody feels that we don't belong here — or at least that's how I feel sometimes — but I think these types of events and types of community building that PRIMUS and other organizations here at Harvard create really make a person like me and other students feel at home and feel that we belong here.”

“We wanted to make sure it coincided with the national First Generation Day of Celebration,” she said. “We are hosting a lot of workshops, different events centered around really trying to make the first-generation community on campus as visible as possible.”