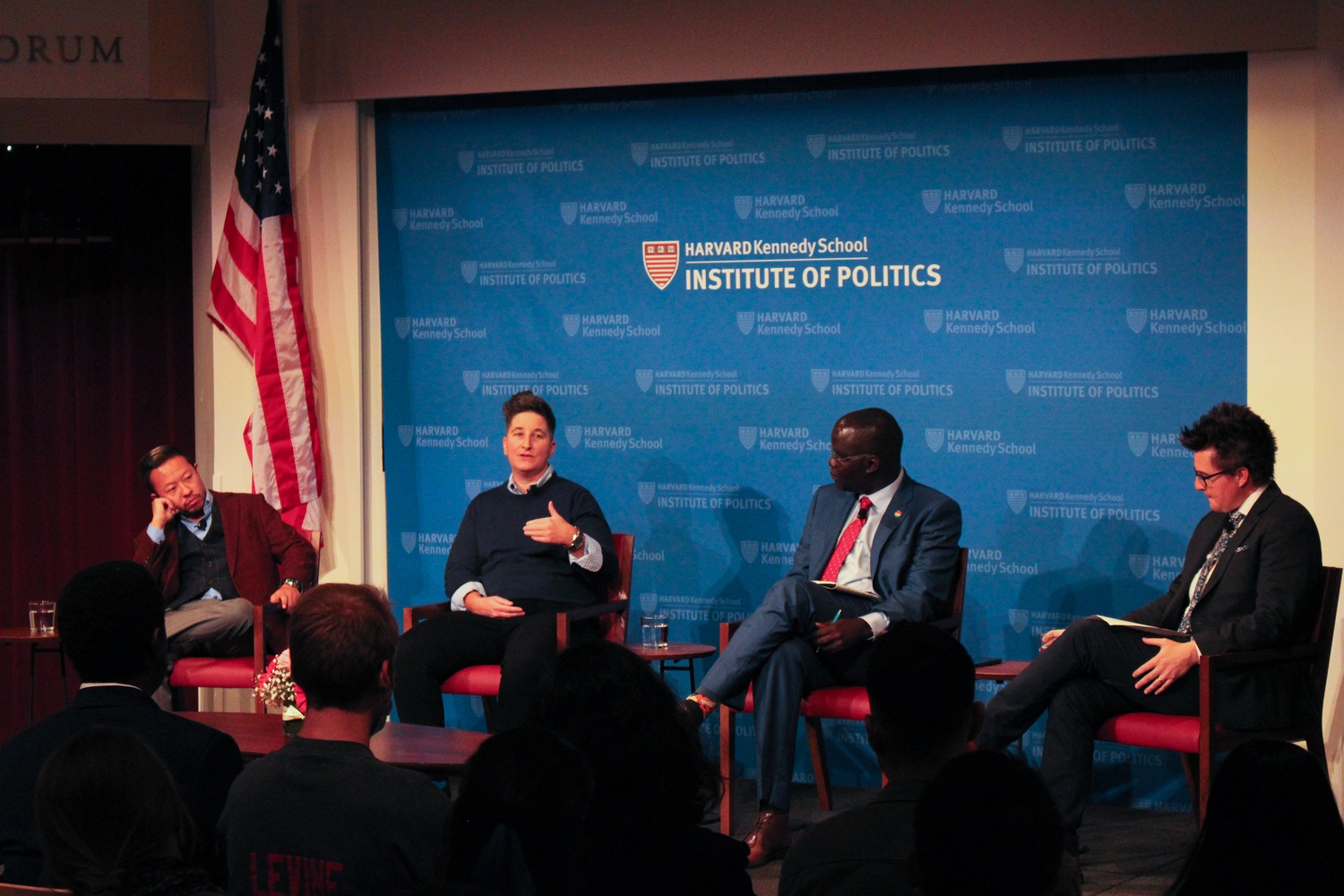 A month after Rodrigo Ventocilla Ventosilla, a transgender Harvard Kennedy School student from Peru, died in police custody in Indonesia, Harvard’s Institute of Politics hosted a forum Tuesday on the cultural and political backlash to the global transgender rights movement.

The event began with a moment of silence in honor of Ventocilla, who died five days after he was detained by police in Bali while traveling on a honeymoon with his spouse, Sebastián Marallano.

“His family has called for an investigation into the circumstances of his death, a demand that HKS Dean Doug Elmendorf has reiterated,” Chenoweth said.

“Rodrigo was a tireless advocate of trans rights in Peru and while he was here at HKS,” Chenoweth added. “That his life was cut short is truly devastating.”

Chen, who is gay and transgender, said Ventocilla’s arrest and death in Indonesia “hit home for me personally in a particularly eerie way,” explaining that he was in Bali with his partner to celebrate their domestic partnership one week prior to Ventocilla’s death.

“For Rodrigo and Sebastian to have been there for their honeymoon — which was supposed to be an opportunity for them to celebrate their love, to sort of embark upon a relationship and a life together — and for it to end in this incredibly tragic and horrible way, is really just my worst fear,” Chen said.

Chen said while transgender people are now “more visible” and the trans rights movement is “more powerful” than it has ever been before, much work remains to be done.

“[That’s] an incredibly contingent and small amount of progress compared to the lived reality of the lives of millions of people around the world,” he said. “Most people live in secrecy. Most people live in shame, and in rejection, and being discriminated against and suffering from human rights abuses.”

Opiyo, a Ugandan human rights lawyer, said he was more optimistic about the ongoing progress around the world to support trans rights.

“I see progress, I see resilience, I see inspiration,” Opiyo said. “We are coming from a point of denial to a point of engaging with the issue.”

Two decades ago, “nobody would even admit” in Uganda that transgender people existed in society, according to Opiyo.

“But 20 years on, that sort of belief is fading away,” Opiyo said. “People are confronting with the idea that — whether you like it or you don’t — there are trans people in our society, at all levels of society.”

Manion said that despite the violence and backlash transgender people continue to face, they are also optimistic about the future of the trans rights movement.

“We have already changed the world,” Manion said. “There’s no amount of hatred and bigotry that’s gonna undo all that we’ve done for the last 20 years.”