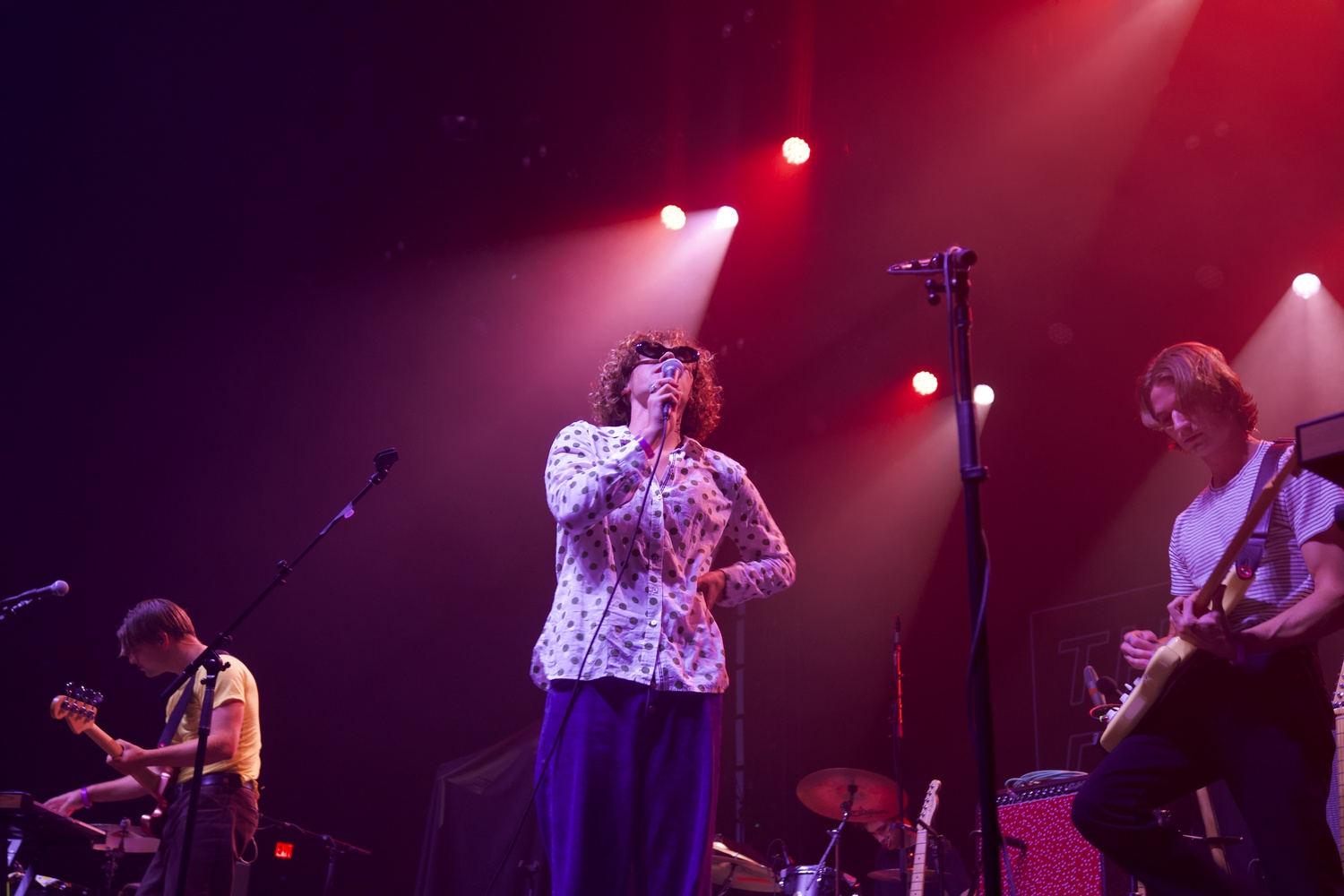 The band almost monday opened for The Driver Era at the newly minted Roadrunner on August 3, 2022. By Courtesy of Alisa Regassa
By Abigail A. Golden and Alisa S. Regassa, Crimson Staff Writers

On Aug. 3, a line of hundreds of concert-goers wrapped around the Roadrunner in Boston, the city’s newly minted venu. It was there that the California-made indie pop trio almost monday gave the crowd an unforgettable experience.

Consisting of twenty-somethings Dawson Daugherty, Luke Fabry, and Cole Clisby, almost monday, along with veteran indie rock group Summer Salt, is joining The Driver Era for their U.S. Tour through the beginning of September. Having accrued most of their notoriety during the pandemic, this is almost monday’s first tour. 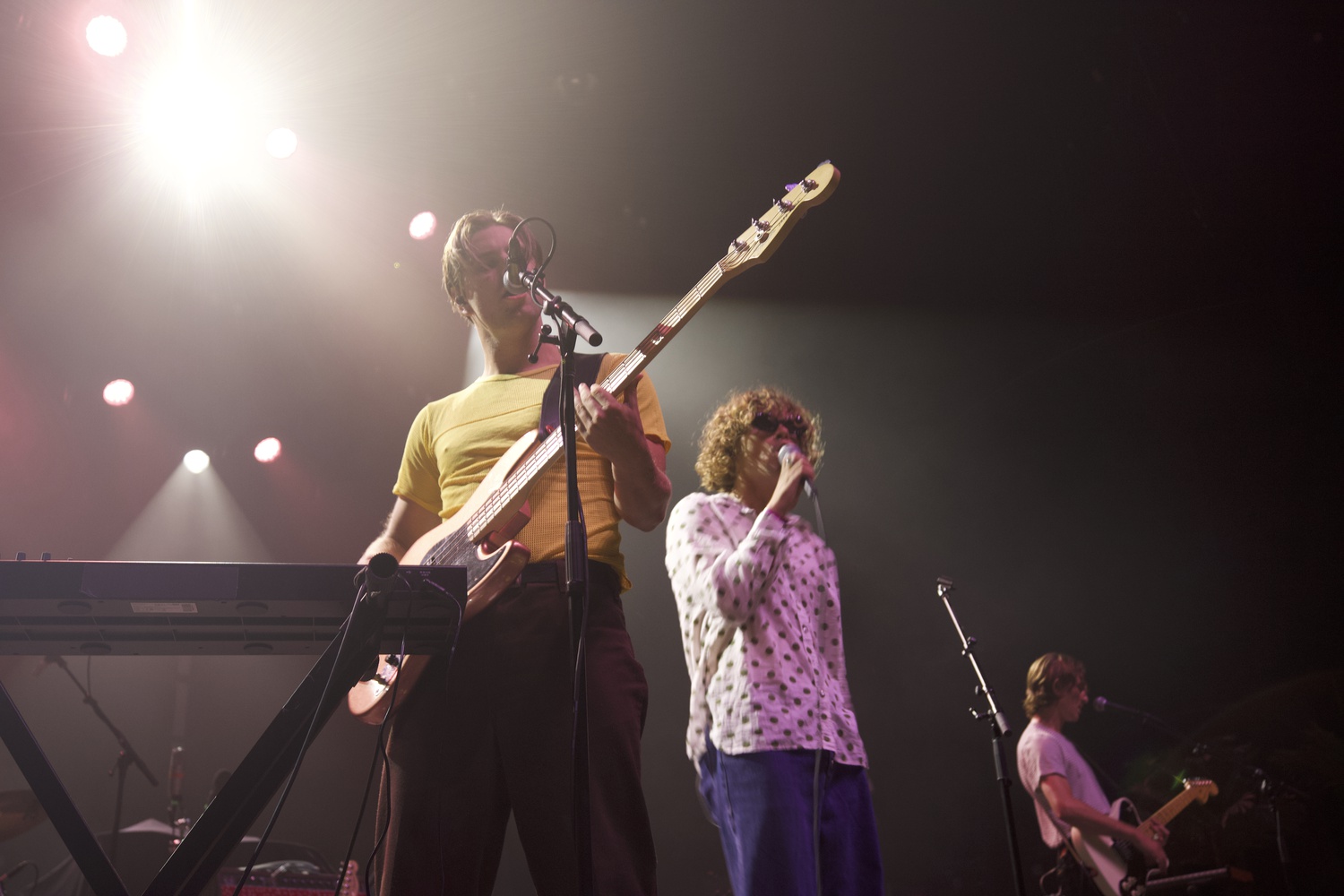 Along with vocalist Dawson Dougherty, the trio consists of Luke Fabry on bass and Cole Clisby on the guitar. By Courtesy of Alisa Regassa

“Sorry, I’m nervous,” said frontman Daugherty, tongue-tied over the number of people in the crowd. Despite the momentary stage fright, almost monday went on to execute an impressively charismatic performance for an up-and-coming act.

Their set opened with two yet-to-be-released songs — “distance” and “only wanna dance” — before moving into more familiar territory for their audience. Playfully peppered with ad-libs from the band’s instrumentalists, “parking lot view” and “live forever” are candid and carefree takes on youth and a perfect introduction to almost monday’s available discography.

The band matched the infectious energy of their tracks with their bubbly and cute delivery, catering to the young demographic in the crowd. After delivering a feel-good, rhythmic performance of “sun keeps on shining” for example, Dougherty shyly asked to take a picture of the Boston crowd, gathering cheers from the swooning fans. 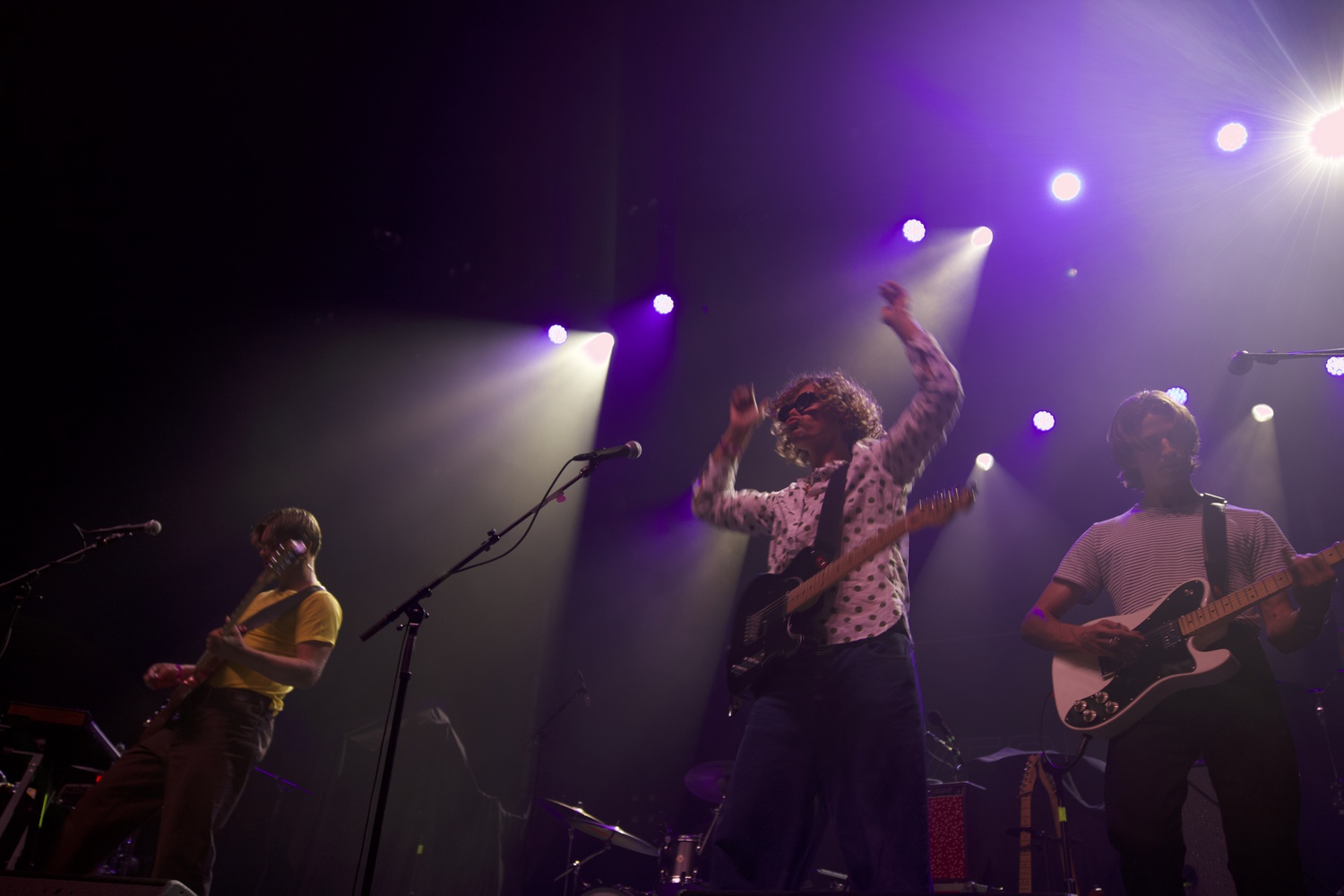 The Boston crowd loved Dougherty and his energetic performance. By Courtesy of Alisa Regassa

The band’s southern California background and classic rock influence are clear, from the sunny themes behind tracks like “sunburn” to the groovy, upbeat guitar chord progressions in “sun keeps on shining.” Their songwriting also reflects relatable coming-of-age themes, like the anxieties of not being “cool enough” for a crush or potential partner, juxtaposed by lively Cali-inspired riffs and na-na-na’s the audience can’t help but echo. The crowd interaction in “cough drops,” another unreleased track previously teased on TikTok, also had the whole stadium chanting along to the rhythmic guitar bit.

While heavy on unreleased material, the selection ended up being the perfectly concocted combination of almost monday's current discography and what’s yet to come. 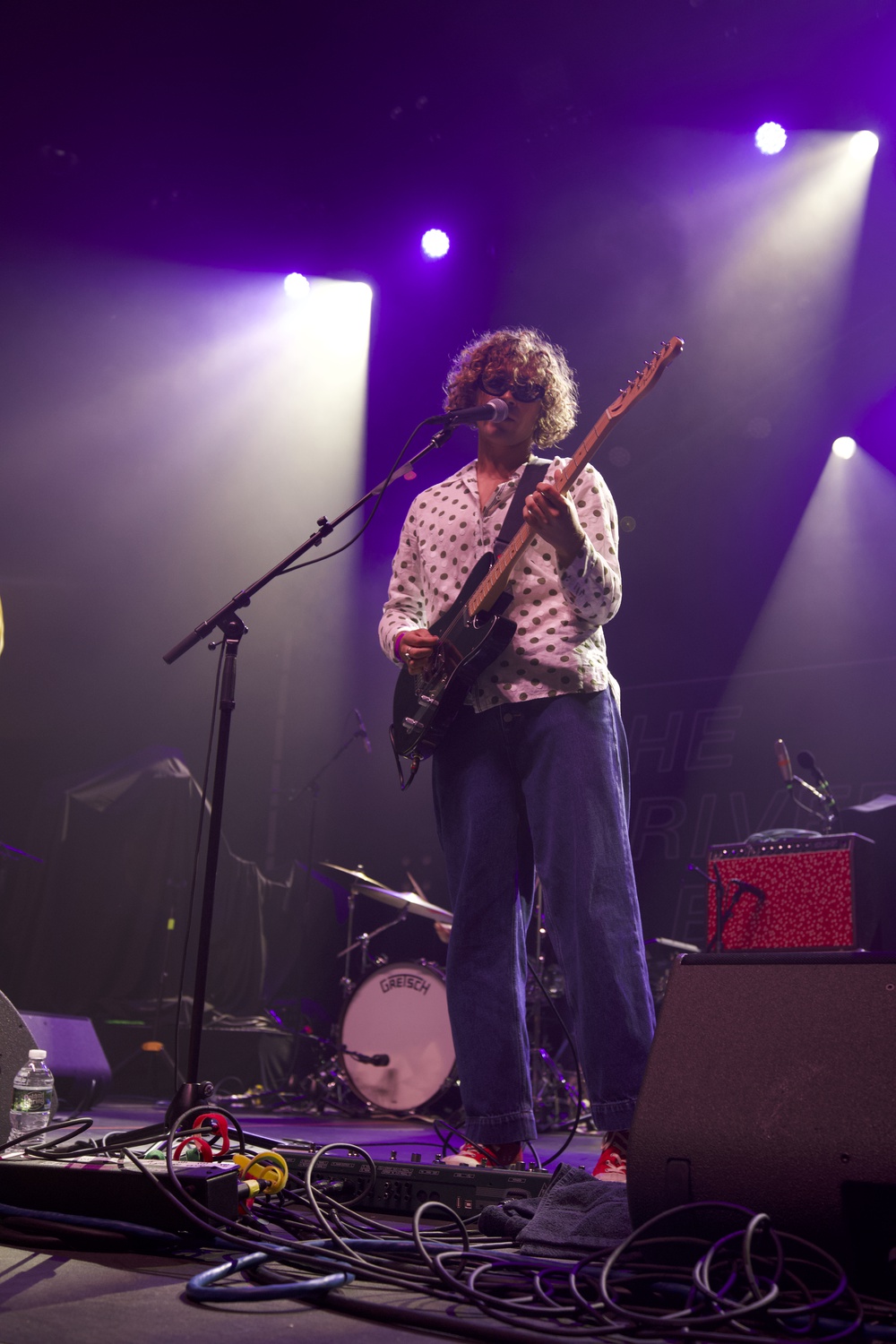 The band's performance stumbled only when it came to their shyness in connecting with the audience, likely a result of their unfamiliarity with touring. With sunglasses and an unwillingness to explore the stage, Daughtery’s performance lost some of its steam. Regardless, it was not enough to hurt the band’s impression on the audience, as Daugherty’s vocals ring clearly throughout the venue, and Fabry and Clisby’s instrumental mastery is unquestionable. Given this is only their second stop on a national tour, the trio’s stage presence and undeniable chemistry are sure to improve and their performance will continue to leave a lasting impression on future audiences.

See almost monday open for The Driver Era on their ongoing tour.