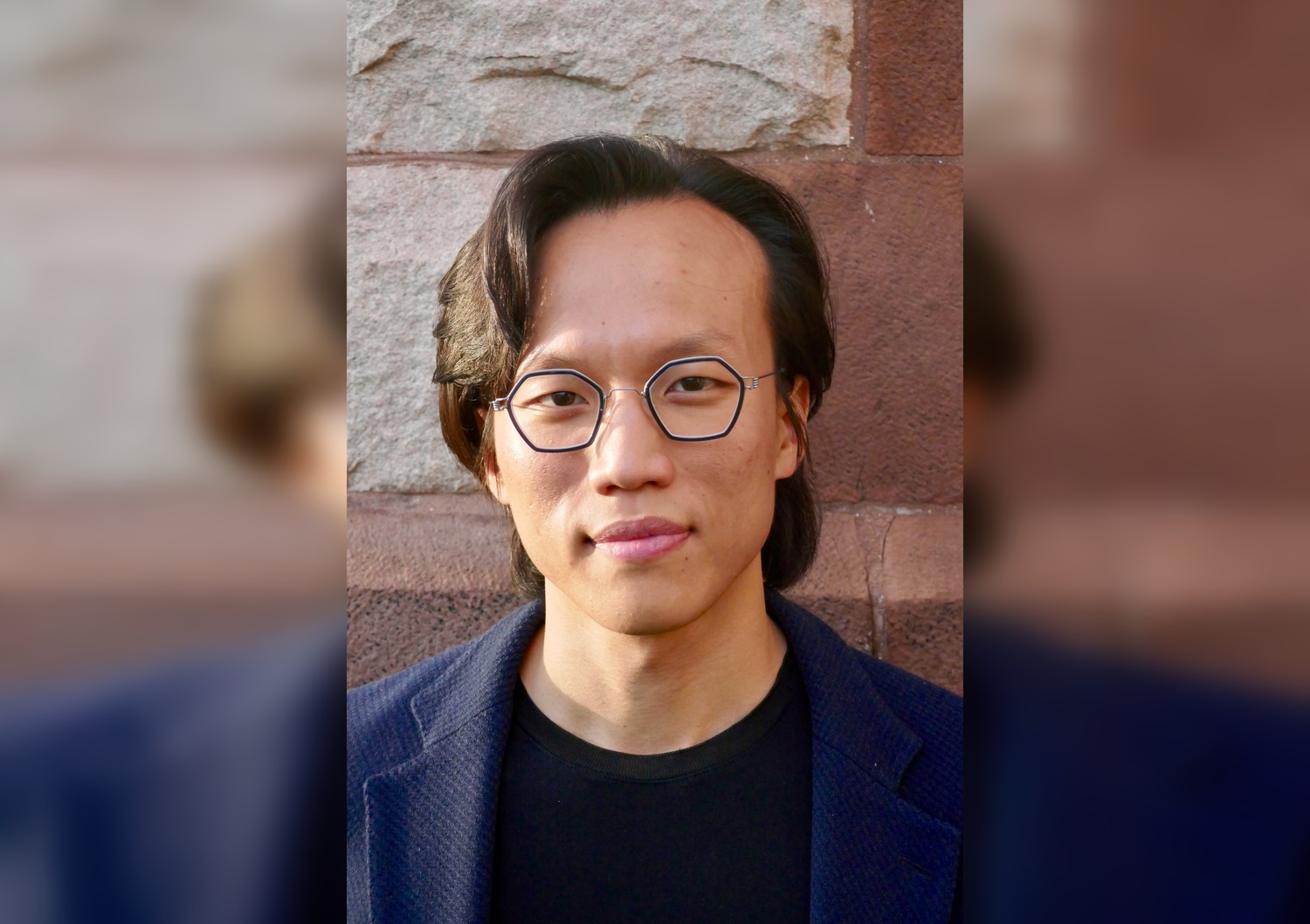 Photo of Bo Seo ’17 HLS ’24, Lowell House resident tutor and author of “Good Arguments: How Debate Teaches Us to Listen and Be Heard.” By Courtesy of Jonah Hahn
By Carmine J. Passarella, Crimson Staff Writer

When Lowell House resident tutor Bo Seo ’17 HLS ’24 joined an interview with The Harvard Crimson on an early Tuesday morning last month, his Zoom screen featured the most familiar and impressive of backgrounds. Behind Seo was a Harvard-issued wooden bookcase, adorned with several strategically arranged shelves featuring his debut novel “Good Arguments: How Debate Teaches Us to Listen and Be Heard.”

Part memoir, part compendium on competitive debate, and part call to action, “Good Arguments” traces Seo’s life from young child to young professional, interweaving this biography with commentary on the urgent need for better arguments in public discourse and actionable advice for the reader to facilitate better arguments in their own life.

Punctual, friendly, and donning hexagonal eyeglasses, Seo embodied both the shyness that he attributes to himself in the novel and the stunningly articulate disposition that is evident in his writings. Speaking with him, it was clear that the inclusion of the particulars of Seo’s personality was born out of necessity. The book wasn’t always going to include as much memoir as the final draft does, but the result was too inaccessible, Seo said. It would have been more similar to a how-to manual, failing to humanize debate with any relatable anecdotes or provide an understanding of Seo’s own authority on the topic.

“The knowledge that the reader is coming into [the topic of debate] cold, I found that really daunting. And I thought, who else doesn’t know a whole lot about debate? And that was me,” Seo said. “I didn’t know anything about debate when I started. I thought maybe taking people along that journey would be a way for them to learn…. I’m very happy to be a vessel. These are worthy themes and these are worthy questions, and I have no problem at all with people understanding my life through that lens.”

A two-time world champion debater, journalist, Harvard Law student, Schwarzman Scholar, and now author, Seo is no doubt impressive. But his experience across disciplines has also lent itself to the development of the particular and eloquent style of writing present in his book. Short, intentional sentences populate the majority of the novel’s pages. As one might expect from a champion debater, Seo’s own arguments are carefully constructed and read as impenetrable scraps of wisdom. It does not take him long to make a relevant and sound point.

“I learned [my style of writing] as a debater, [because] you have to fit in as much as you can within seven minutes,” he said. “I learned it as a journalist, because you usually have 550 words for a news piece.… I learned it as a debate coach, too. The debating community has been ‘doing this’ for many years, accumulating whatever wisdom it contains into pearls that can be passed down.”

Transmitting those pearls to the general public takes time. Seo was first approached by a publisher after winning his second debate world championship as a college sophomore, but he admitted that that resulting work would have been “more like a sports memoir.” Reflection and aging have served his story well, with Seo studying in China and working for the Australian Financial Review before going full-time on the novel during the pandemic.

Seo’s self-awareness has also played a crucial role in developing the distinct writing of “Good Arguments.” “The book is like, I, I, I because it’s first-person, but I promise I don’t talk about myself that much,” he said. “I’m a pretty shy person in a lot of ways and it takes me a little while to come to the conclusion that I have something worth interrupting other people and stopping people to say, ‘listen to this.’”

For Seo, it was crucial that the book read with ease. Pulling from his journalistic instincts, he often manages to convey a great deal of meaning in relatively few pages. The paragraphs can be absorbed in stride, logically flowing from one to the next.

“Whatever work I don’t do as an author — clarifying, condensing, polishing — that’s work that the reader would have to do,” Seo said. “There are so many ideas out there, aren’t there? And I thought, in order for it to have the best chance of sticking, I would want to put in that work.”

Such mastery of language has the added perk of painting quite a compelling picture of Seo’s undergraduate years at Harvard, which feature heavily in the book even within the context of his many other, similarly impressive endeavors. He recounts judging debate at Cambridge Rindge and Latin School, conducting senior thesis research, and writing about the Clinton-Trump debates during the 2016 US presidential election for publications like Quartz. He expressed a preference for a realistic account of his time on campus over rose-colored romanticism: “I wanted to talk about what it was, and what it was was pretty good.”

One would expect Seo, an Australian who lived in the distant Pforzheimer House while an undergraduate, to be accustomed to traveling long distances. When asked how he feels about his resident tutor placement along the Charles River, all he could say was, “Dude, it’s so much better.” Even the best of Harvard students cannot argue with the convenience afforded by proximity.

And now, back at this pretty good place in much better accommodations, Seo has the exciting opportunity to see his book come to life, as well as promote it. Surely, the prospect of that is at least partly responsible for the persistent smile he maintained during his hour-long chat with The Crimson.