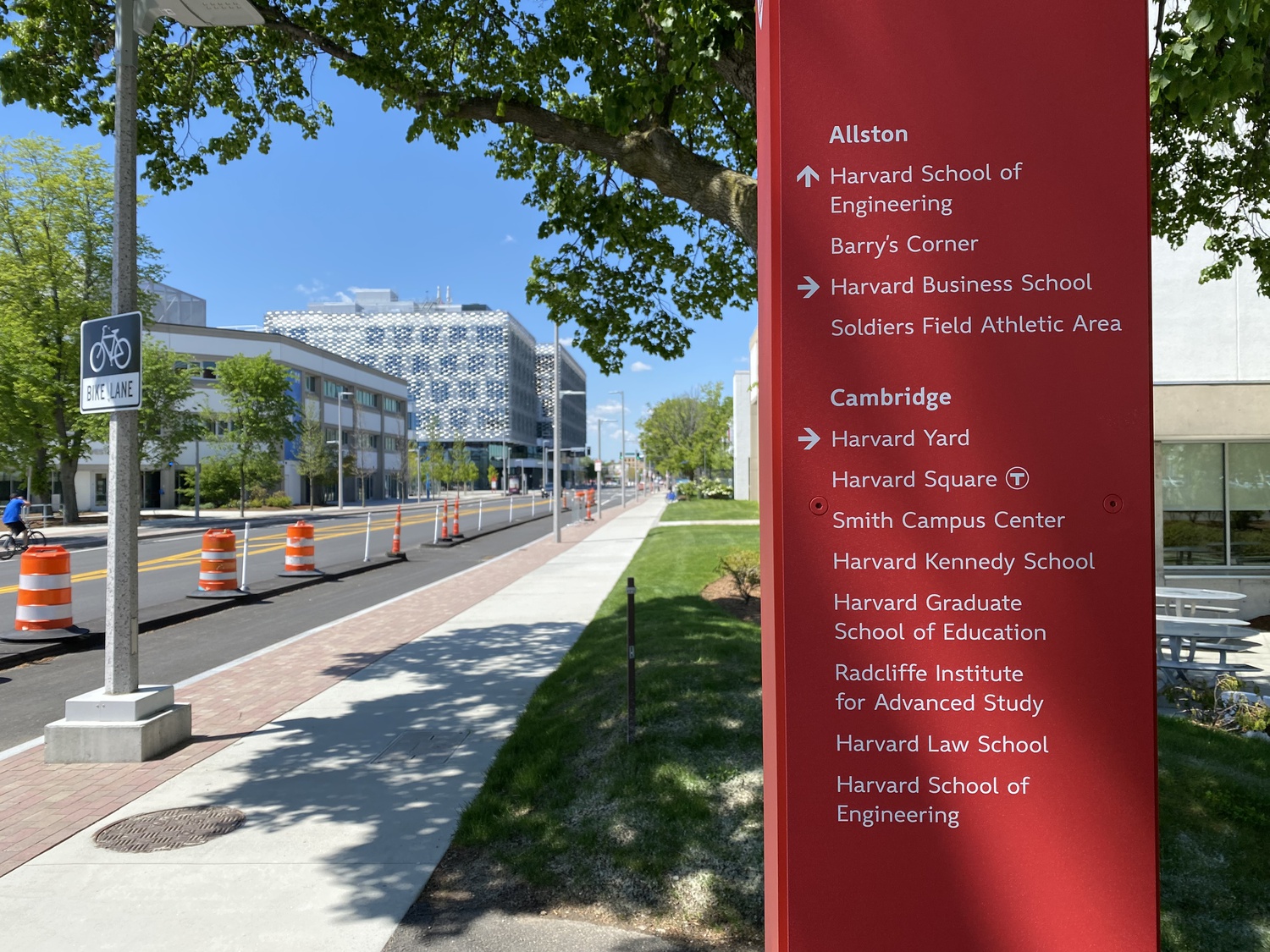 Harvard is seeking approval from the Boston Planning and Development Agency for its proposed Enterprise Research Campus in Allston. By Thomas Maisonneuve
By Brandon L. Kingdollar, Crimson Staff Writer

Harvard has agreed to support an array of affordable housing as part of its proposed campus expansion in Allston — enough to please local officials who have long pushed back against the University’s development plans.

But concerns from residents of Allston about Harvard’s Enterprise Research Campus likely won’t disappear with the deal, which was announced Tuesday by Boston Mayor Michelle Wu ’07.

Many aspects of the new agreement remain unchanged from a set of pledges the University unveiled at a public meeting on June 30, which some residents said wasn’t enough to address their concerns.

The meeting last month — hosted by the Boston Planning and Development Agency — featured presentations by Harvard and developer Tishman Speyer, and perspectives from the Harvard-Allston Task Force. During a public comment portion of the meeting, several residents criticized the University for insufficient collaboration with residents and said the proposal fell short of past promises.

The presentation centered on new affordable housing commitments and plans for a public greenway on the development.

Tishman Speyer upped its affordable housing commitment from previous filings, promising an affordability level of 25 percent in Phase A of the development, translating to 86 units of affordable housing — an increase from their previous pledge of 17 percent in June 2021, and nearly twice the city-mandated 13 percent.

Beyond Phase A, Harvard committed to 20 percent income restricted housing under the city’s Inclusionary Development Policy in future ERC developments. The University also announced plans to give more than $20 million over 10 years to fund affordable housing in Allston and Brighton.

Kevin M. Carragee, a member of the Coalition for a Just Allston and Brighton, said the promises were insufficient, and called on Tishman Speyer and Harvard to guarantee 33 percent affordability.

“The ERC as planned now will reproduce the problems and inequalities of the Seaport,” Carragee said at the meeting on June 30. “Will we be a place where working people can live and immigrants can live? That’s what’s at stake.”

In the agreement announced Tuesday, Harvard upped its affordable housing pledge to the Allston-Brighton fund by $5 million, which the University will pay from 2033 to 2035.

At the meeting, the developer also highlighted plans for a greenway helping to connect Rena Park to the Charles River, which were added since the master plan in 2018. In addition to the greenway, Harvard reiterated pledges that 20 percent of the ERC will be publicly accessible open space, and that over 800 trees will be planted to ensure at least 30 percent canopy cover of the area — commitments which were previously outlined in a letter to Wu in February.

Barbara Parmenter, a member of the HATF, said while Tishman Speyer presented “a very well-designed urban plaza,” the proposal falls short of Harvard’s past pledges — specifically, in that almost two-thirds of the greenway in Phase A would be paved, and that Harvard may redevelop the land after 99 years.

“It’s not the greenway the community was promised,” Parmenter said at the meeting. “The Task Force wants the rest of the greenway to be actually green with living soil and vegetation, not pavement.”

Still, the Harvard-Allston Task Force endorsed the agreement announced Tuesday for Phase A, according to its chair, Cindy Marchando.

At the meeting, Parmenter cited a letter from the Boston Parks and Recreation Department in March 2021 which called on Harvard to consider a more ambitious green space project that would link all the University’s holdings in Allston.

the city on a scale not seen in Boston since the creation of the Emerald Necklace,” the letter read. “Harvard should provide an open space plan that connects all four neighborhoods around a comprehensive framework of green infrastructure.”

Parmenter criticized the University for not responding to the letter in over a year. In a follow-up letter last October, the BPRD wrote that while Tishman Speyer provided written responses to the letter in its Draft Project Impact Report, the developer “did not modify its plans in response to the comments.”

Carragee, a professor at Suffolk University, said in an interview that Harvard’s decision to not respond to the letter’s recommendations reflects a broader lack of transparency in the University’s dealings with residents. Carragee also condemned the University withholding how much money it received from Tishman Speyer for development rights.

In an email on July 6, University spokesperson Brigid O’Rourke wrote that many of the University’s new pledges at the meeting were in direct response to concerns advanced by residents of Allston.

The meeting also featured new details on Harvard and Tishman Speyer’s plans to address the transit needs created by the ERC, which the developer debuted in November.

The University announced a new Harvard shuttle route with free access to Allston-Brighton residents, to be launched with the completion of the Phase A. Harvard previously pledged $50 million to Allston’s proposed West Station following resident concerns about the ERC, though the station is not set for construction until 2040.

Jay Flynn, a transportation expert who spoke at the meeting, said that Harvard’s current transit pledges were inadequate to meet the demand that would result from the ERC, though he said Harvard’s offer to partially fund West Station was “a good first step.”

“The notion that you're going to be able to solve the transportation needs in the long term in the Allston area with buses on city streets is ridiculous,” Flynn said.

Flynn said in an interview that the jobs created by the new campus — 4,000 in construction as the campus is built and 5,300 permanent positions, per projections from Tishman Speyer — could result in a transportation “nightmare” if not properly accommodated.

During the meeting, Carragee said the ERC proposal is primarily intended to earn billions of dollars and called on the University to expand its affordable housing pledge.

“This project, the ERC, is an utter betrayal of Harvard’s social justice mission,” Carragee said. “This is a corporation acting not in the interest of our community, but in its corporate self-interest. It’s an embarrassing moment for Harvard University.”