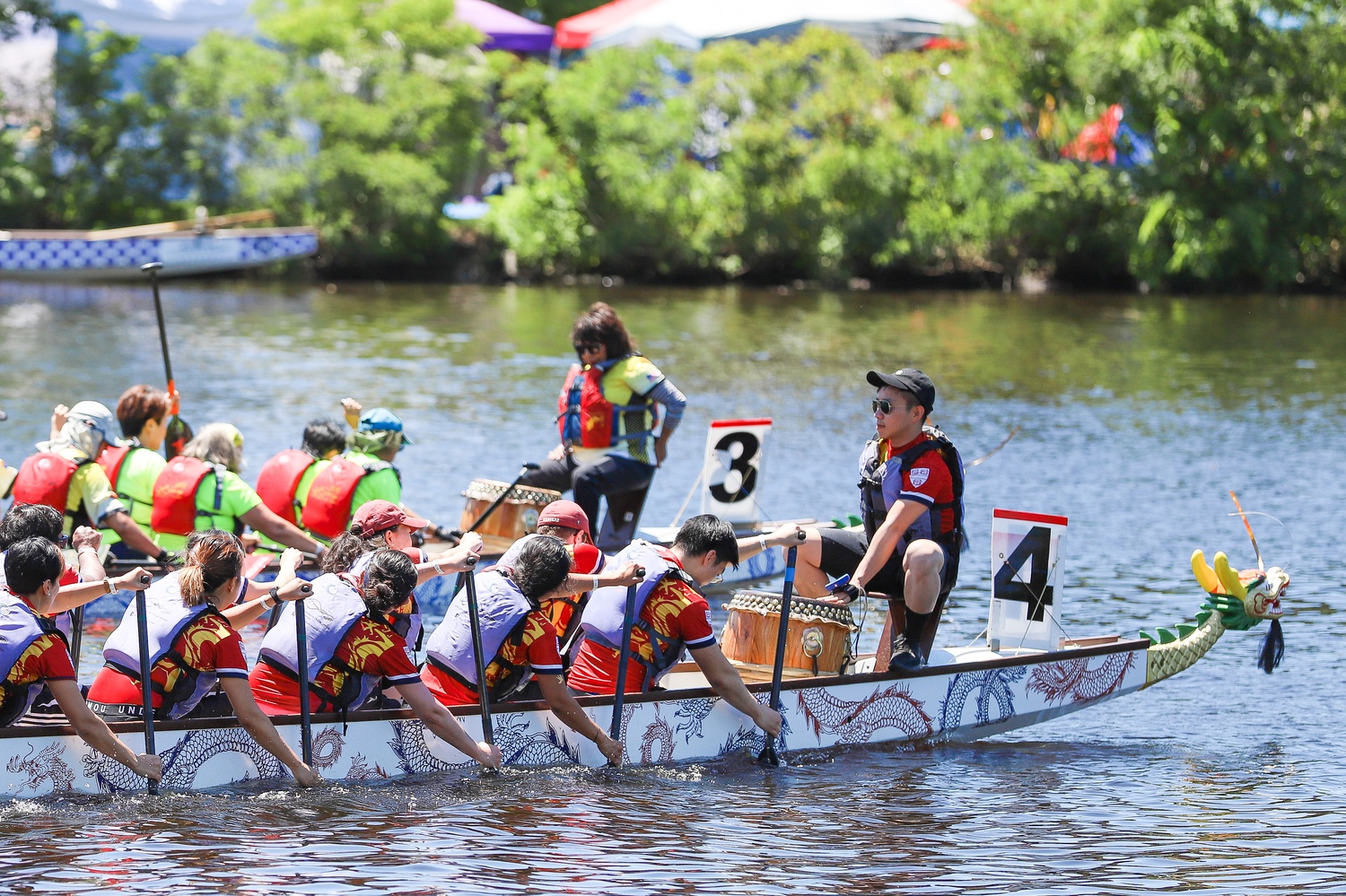 Established in 1979, the celebration is the first and oldest dragon boat festival in North America. The event, which was revived after the pandemic stymied in-person efforts for two years, drew more than 20,000 visitors, according to Boston Dragon Boat Festival President Gail Wang.

Wang said she was “pleasantly surprised” by the high turnout following the festival’s resurrection for the first time since 2019.

Forty-eight teams participated in the boat race this year, a drop from the last festival’s record-high 76 teams. Each team, composed of 16 to 20 paddlers, vied for a place in the national dragon boat racing championships, which will be held in New York in August. The teams rowed 39-foot-long dragon boats in a 500-meter race down the Charles, cheered on by crowds overhead on the John W. Weeks Footbridge.

Shutong Fan, who competed in the race for the first time as part of the University of Science and Technology of China’s team, called the festival “very impressive.”

“So many people are interested in our Chinese culture,” Fan said.

Attendees enjoyed food truck fare and zongzi — traditional Chinese rice wrapped in bamboo leaves — while spectating the boat racing event. Both the dish and festival commemorate the death of 3rd century B.C. poet and political leader Qu Yuan as part of a 2,000-year-long Chinese tradition, according to the festival website.

Samuel “Sam” Murdock ’23, who learned of the festival from a banner in Central Square, said he “loved” the lion dance – a traditional Chinese dance performed for good luck.

Summer J. Smentek ’25 said she noticed the tents along the river, which drew her to attend the event with friends.

“It was nice to check out the arts and crafts tables and, of course, get to see the boats,” Smentek said. “I really loved seeing the dancers and everybody performing.”

Wang said the festival’s mission is to promote the sport of dragon boat racing while uniting Asian communities in the Boston area.

“Forty-three years onward and look at us — we have performance and food vendors from many Asian communities,” Wang said. “It’s all getting together to support this event with communities from all around.”