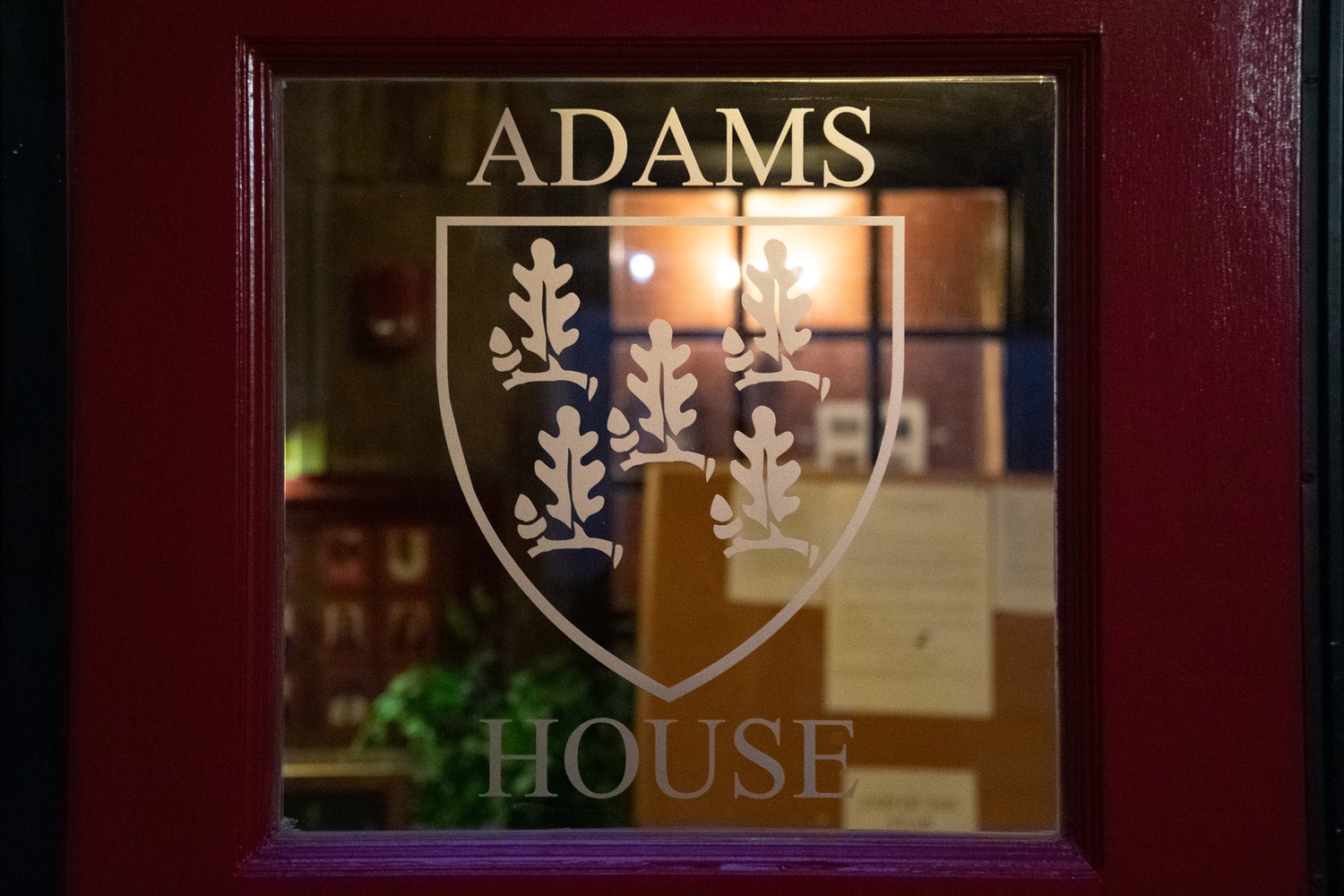 Adams House is one of 12 undergraduate houses at Harvard College. By Julian J. Giordano
By Christine Mui, Crimson Staff Writer

Last summer, as Harvard prepared to fully reopen its campus to students for the first time in more than a year, preventing the spread of Covid-19 was top of mind.

Harvard, after all, had kept most students off campus for the entire 2020-2021 academic year — a more conservative approach than many other schools in the Boston area — leaving affiliates unsure of what the return to campus would bring.

In July, as the new semester loomed, administrators in Adams House installed a set of air disinfection devices that appeared to be a part of the solution to preventing the spread of the virus in the house. The price tag was just shy of $9,000 — a reduced rate.

But the devices — which were installed in the house’s dining hall and lower common room — lasted just a few weeks. Less than a month into the the semester, Harvard shut them off, following a recommendation from the University’s Coronavirus Advisory Group. By the end of December, they were removed entirely.

The devices, which resemble fluorescent lamps, use germicidal ultraviolet light to disinfect the air. Once airborne pathogens are exposed to a certain level of UV radiation, they can become inactivated and no longer contagious.

But according to Adams House Faculty Dean Salmaan Keshavjee, the University’s Covid advisory group determined that the installation of the new devices was unnecessary on top of existing ventilation systems.

Thirteen UVGI units were installed in July by AeroMed Technologies, which manufactures the devices. UVGI has been researched and used to “eliminate airborne pathogens” for over 70 years, according to the CDC.

Adams Faculty Dean Salmaan Keshavjee wrote in an email that the decision to install the technology came from a “collaboration” with one of the outgoing faculty deans at the time, John G. “Sean” Palfrey ’67.

Keshavjee, a global health professor, wrote that studies demonstrating that a certain type of UV light can inactivate viruses like Covid-19 helped inform the decision. He added that the fixtures were in spaces where people would be eating without masks: the dining hall and lower common room.

Asked about his involvement, Palfrey wrote that “this was a project of the new faculty dean’s that sounded innovative and an excellent way to limit the spread of COVID.”

Bill Palmer, AeroMed’s vice president, wrote in an email that there were plans to add the devices in “another common room and other spaces at Adams, but a decision was made to begin with those two areas before moving forward with any others.”

The equipment, installation, and safety testing cost Adams House $8,900, according to Palmer — a figure that Keshavjee had significantly negotiated down.

The lights were on for just two to three weeks.

Then, Harvard’s Covid advisory group — a University-wide committee that provides recommendations on Covid-19 protocols — recommended that the devices be switched off and later removed, according to Keshavjee.

“[The group] determined that ventilation methods already in place were well suited for that space, and the determination was made that the upper room germicidal lighting did not add much,” Keshavjee wrote.

Still, Keshavjee emphasized the technology’s benefits, citing its long history of use in hospital wards and research that showed transmission of “influenza was reduced by 90%” in wards with UVGI. He called UVGI “important as an extra layer where you have large numbers of people and a high potential for transmission.”

Before he brought the fixtures to Adams, Keshavjee and Harvard School of Public Health professor Edward Nardell recommended the technology to Cambridge Friends School, where the devices are currently installed.

Keshavjee wrote that after the installment, Cambridge Friends “was able to remain open throughout the COVID-19 epidemic with no ensuing in-school transmission to date.”

On its website, the U.S. Environmental Protection Agency says “UVGI can be part of a plan to protect people indoors” when combined with other public health practices, but by itself, “using an UVGI system is not enough to protect people from COVID-19.”

The EPA warns that improper installation can result in hazardous levels of radiation and cause skin or eye injuries. Devices designed specifically for the disinfection of indoor spaces are typically installed at a minimum height so that the UV light is directed above the occupied space.

Palmer said that in testing, the fixtures were below threshold limits for exposure to UV radiation.

“These fixtures were installed at a height exceeding what the UL [safety] test would recommend and safety tests done on-site confirmed that the installation complied with safety standards,” Palmer wrote.

Keshavjee confirmed “the fixtures are louvered to face upward” so no light would reflect downward onto Adams residents.

He added that labels were placed near the fixtures to warn workers performing maintenance.

The technology’s installment and removal were not announced to Adams residents over the House email list. But Keshavjee said students were made aware in other ways.

“There was a framed explanation card with a QR code at the entrance to the Dining Hall. As well, when students asked, the technology was explained to them,” he wrote.

Asked why the fixtures were not expanded to the other houses, Keshavjee wrote the project was “very specific to the incoming FDs.”

Palmer said Harvard asked AeroMed to tour spaces like dining halls and libraries in other houses after installing the fixtures in Adams.

“We had agreed with Dean Keshavjee that we would provide this discounted price for other installations done within that calendar year,” he wrote. “But nothing happened after our tour of those spaces.”