From Cannes: “Hunt” Piles Twists Onto A Classic Spy-Movie Structure To Confusing Effect 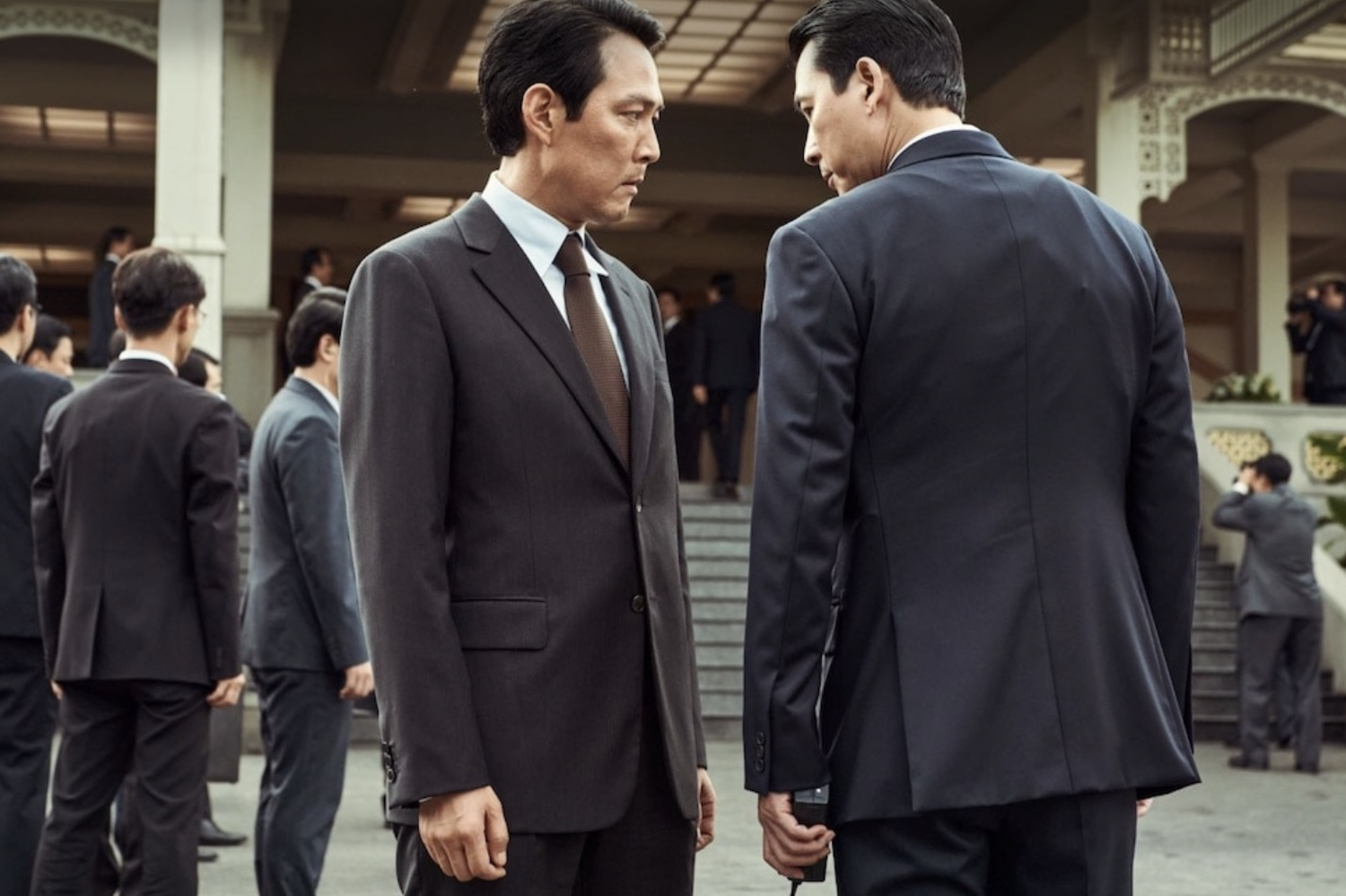 Korean actor and director Lee Jung-jae makes his feature directorial debut with the May 20 premiere of his 2022 Cannes Film Festival film “Hunt” (헌트), a moody but distractingly convoluted spy caper that follows South Korean counterintelligence agents searching for a North Korean mole amidst the explosive political climate of the 1980s. From its opening scene, the film offers an engaging portrait of the everyday dangers and bureaucratic infighting in an intelligence agency servicing the Korean military dictatorship, delivering a John Le Carré-esque double-agent whodunit. But the film drags under the weight of its countless plot twists and extended third act, which see its mole escape detection so many times it becomes outlandish. By the film’s finale, its potential resonance has faded, flattening into a general parable on the unwinnable ethics of spycraft that rings hollow after two hours spent glorifying it.

“Hunt” kicks off with a bang, opening on a narrowly-foiled plot to assassinate the South Korean president that disrupts his visit to Washington. It’s a cataclysmic moment for Park Pyong-ho (Lee Jung-jae), the high-ranking leader of the KCIA’s foreign operations, as the plot renews suspicions of a mole in the top ranks of the agency. When Park’s operation to rescue a defecting North Korean scientist in Japan gets leaked and the extraction goes awry, the whispers about a double agent rise to a fever pitch, and Park redirects his attention toward rooting out the leak. Unfortunately, he’s not the only one looking; his rival Kim Jung-do (Jung Woo-sung), a former soldier and the head of the KCIA’s domestic unit, begins his own search, sparking a feverish race for leads.

Over the course of the first two acts, the search goes off the rails, descending into a vicious spat between Park and Kim over agency control as clues into the leak lead nowhere and North Korean intelligence stays one step ahead. Though the rivalry initially brings welcome variation and interpersonal depth to the espionage thriller, it is quickly exaggerated beyond believability, ratcheting up in a series of ridiculous slights and culminating in an actual brawl in the lobby of the KCIA (which somehow affects neither man’s career). The juvenile pettiness of the entire conflict comes at the cost of the agency’s functionality, making it impossible to believe the leads are dedicated or clear-sighted spies worth following for an earnest 130-minute tale of heroism.

Beyond that, Park and Kim’s rivalry is epically confusing, requiring that audiences follow the intricacies of their jurisdictional disputes in order to track the progression of the mole-hunt. The film is sparse on explanation and dense with action sequences, preferring to thrust its main characters into confrontations or chases rather than catching anyone up on their constantly-shifting allegiances. Though this approach allows the film to avoid any overreliance on exposition, its plot becomes too complicated for its minimalistic dialogue, and audiences are left to fill in the blanks on character motivations, key details, and chronological progression — all of which could have been addressed at some point in the film’s luxuriant runtime.

These, though, are the hazards of the espionage-caper genre, which usually relies on subtle twistiness to build suspense (as hard-to-follow hits like “Tinker Tailor Soldier Spy” illustrate). To its credit, the film also delivers much of what makes spy thrillers so fun — fast paced chases, hidden messages, stakeouts, and a constantly-shifting landscape of shady characters who at turns seem trustworthy and insidious. Jung Woo-sung gives a particularly engaging, tortured performance as Kim Jung-do, and his character’s arc feels the most authentically human and surprising of any plot in the film. But the movie cheapens its central conflict, as well as its historical immersiveness, with a third act so fractured by plot twists that they lose all gravity. For fear of spoiling the movie, suffice it to say that the questions of which people are plotting what for whom (and why) become nearly impossible to answer from one moment to the next. It’s a relief that the identity of the mole, at least, comes across clearly — but the character’s reasoning is minimally explored, their countless lies never probed, and the consequences they face in the film’s universe unsatisfying and unbelievable.

For those who can keep up with the constantly shifting heroes and villains of the story, the ending offers a grim takeaway: In the high-stakes game of espionage, few escape with their lives, much less their integrity. It’s a classic message across espionage thrillers, which doesn’t make it any less insightful if well-executed. However, this idea comes up abruptly at the end of a film that has constantly highlighted the agents’ ability to make a crucial impact on global politics, particularly as they connect to two authoritarian regimes: the North Korean Kim dynasty, which the KCIA is working against, and their own abusive government in South Korea, which they begin to question after the violent response to the Gwangju Uprising. The movie’s jaded conclusion, and its lack of consequence outside of the continuation of the status quo, feel like a haphazard attempt at commentary rather than the natural end of a cohesive narrative.

With “Hunt,” audiences will find a familiar spy story populated by archetypal secret agents, and they may enjoy tracing the complex route the film takes to finally reveal its secrets. But they’ll also likely walk away with more questions than answers, and the film’s rehashing of spy-movie tropes does not feel worth the two hours it spends doing it.