From Cannes: ‘Aftersun’ is a Gorgeous, if Oblique, Portrait of Nostalgia 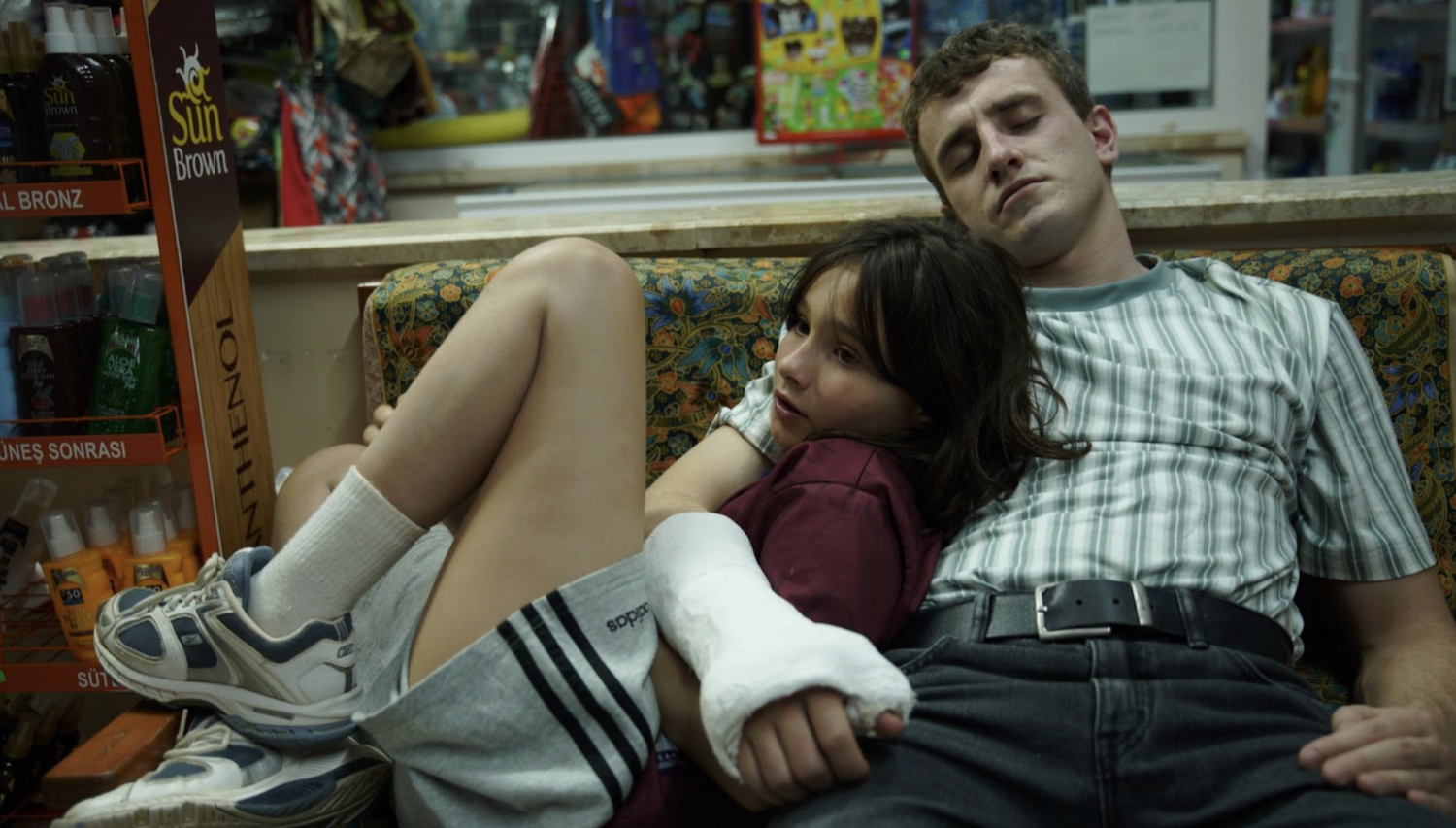 Charlotte Wells’s feature directorial debut “Aftersun,” which premiered in the Semaine de la Critique selection of the 2022 Cannes Film Festival on May 21, begins with the familiar whir of winding tape — though perhaps more familiar to some generations than others. Shaky home movies shot on a ’90s-era camcorder are interspersed throughout the film, adding a sentimental layer to Wells’s family drama.

“Aftersun” forgoes a conventional narrative structure by focusing on the day-to-day experiences of a young Scottish father named Calum (Paul Mescal) and his eleven-year-old daughter Sophie (Frankie Corio) on their vacation to Istanbul. Natural performances from the always charming yet brooding Paul Mescal and precocious newcomer Frankie Corio complement each other to create an authentic rapport onscreen. While the film ends too obliquely to understand some of its overarching messages, it is still a deeply felt examination of familial connection, with all of its joys and complications.

While “Aftersun” hones in on just a few days of Calum and Sopie’s lives, there are subtle hints throughout the film that the adult Sophie is looking back at the memories of their vacation many years later. So intimately observed that the viewer feels like a third family member on vacation with the duo, “Aftersun” is a bittersweet and nostalgic time capsule. The simplistic plot has no call-to-action or even a specific issue or emotion it hones in on, but Wells’s script doesn’t need a typical narrative arc to make a serious emotional impression. Viewers are simply taken through the highs and lows of Sophie and Calum’s vacation to Turkey, with the two of them periodically filming each other with a handheld camera (or, in Sophie’s case, often turning the camera around to face herself). Naturally, this lends the film a distinctly homemade quality. For any ’90s or Y2K kids who grew up with their childhoods documented on camcorders and played back on VHS tapes, “Aftersun” feels like a reflection of their own experiences.

Mescal shines as the 30-year-old Calum — a playful, affectionate, and flawed father, whose age often makes people confuse him for Sophie’s older brother. With his youthful behavior, he toes the line between friend and father to the curious and independent Sophie. Corio is also fantastic, enlivening her character with her abundance of charm. The pair’s trip is observed languidly: some scenes show them laying by the poolside, Calum insisting he put another layer of sunscreen on Sophie. They eat countless dinners together, talking about anything and everything. Mescal and Corio are a phenomenal duo, carrying a huge weight as the main talent in such a character-focused film. They maintain a quippy back-and-forth and share a mischievous sense of humor as they laugh at jokes that only they understand.

While their lives outside the trip are largely left unknown, viewers slowly gather some information about the pair. It’s alluded to that Calum is the type of person who embarks on random business ventures, only to fail or abandon them soon after, come up with a new idea, and repeat the cycle. Although Calum is by no means a perfect dad — he makes several increasingly questionable parenting decisions that are never unpacked — his openness with his daughter is moving. He insists she can talk to him about anything, and Mescal makes it easy to believe in his sincerity.

“Aftersun” is also visually dynamic, with a bright and sunny color palette evoking the lazy freedom of summer’s hottest days. Wells also makes creative use of reflections — in mirrors, on TVs, on the shiny surfaces of tables — and observing her characters from these unique vantages calls special attention to the film’s meditative tone. The director’s incorporation of home videos, which confer a nostalgic aesthetic, allow for moments of temporal distortion and ambiguity. The clips are used in such a way that viewers are unsure of whether someone is looking back on the footage from the future, or if the recorded events are happening in real time.

In regards to the retrospective element of “Aftersun,” Wells’s story is frustratingly ambiguous. Inserted at odd intervals throughout Calum and Sophie’s vacation are strobe-lit club scenes, in which an adult woman and Calum can barely be seen in a throng of dancing people. These fever dream cutaways leave the viewer intrigued, wondering how they’ll eventually fit into the story. Coupled with some increasingly worrisome behavior from Calum, in which he seems to be hiding a deep sadness from his daughter, “Aftersun” feels like it’s leading up to a revelation that will tie its two timelines together.

As it’s revealed that Sophie is looking back at the old VHS footage many years later — now a parent herself — a myriad of questions arise: How is Sophie’s reminiscing connected to Calum’s strange behavior? How does she feel as an adult looking back on this trip now that she too has a child to care for? What is her relationship like with her dad in the present day, if he’s still around? Wells leaves all of these questions unanswered, only briefly touching on the fact that the trip to Istanbul is now a decades-old memory. Ambiguous endings are often the best endings, but “Aftersun” perhaps takes this ethos too far.

Even with all the lingering questions viewers are left with, “Aftersun” is still a beautiful portrait of Calum and Sophie’s relationship. Their trip takes place right before Sophie will start a new school year, and watching “Aftersun” transports viewers right back to the bittersweet feelings of those final days of summer — of wanting them to last forever, but knowing they cannot.

—Arts Chair Jaden S. Thompson can be reached at jaden.thompson@thecrimson.com.