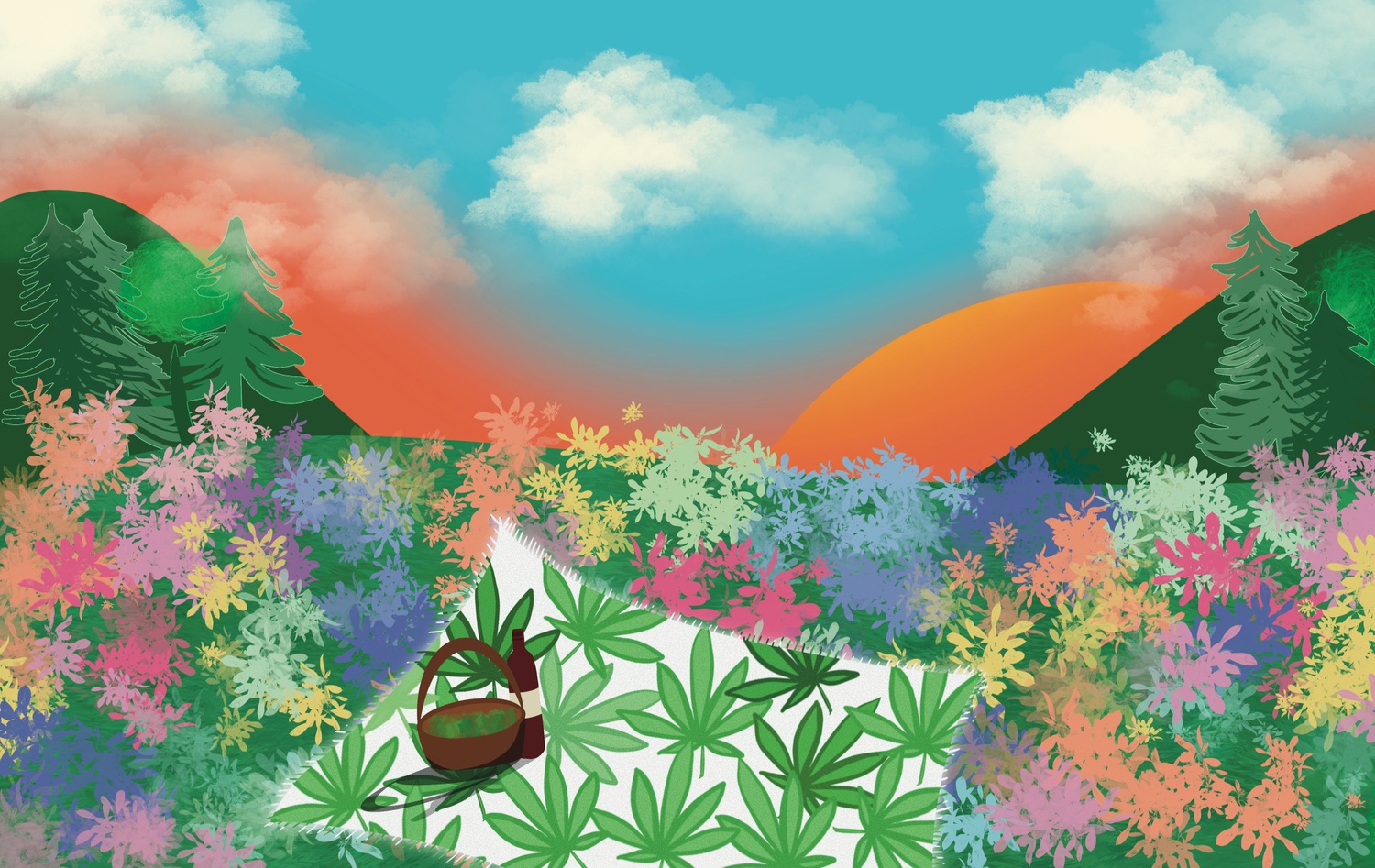 For Kee, one of the most rewarding aspects of Toke N Paint has been seeing guests’ surprising creativity in such a low-stakes environment.
By Josie F. Abugov

The earthy scent of weed fills the air as I ascend to a second-story walk-up in Mattapan, Mass., where about a dozen people have gathered for Gallery 205’s Saturday night “Toke N Paint.” Every week, between 6 and 10 p.m., participants can get high and paint — for a sum of $50 dollars per ticket. Kizzy Kee, a cannabis entrepreneur who organizes the event, leads me up the stairs and introduces me to her co-founder, the “Candy Man,” who provides event-goers with a small baggie of graham cracker edibles and offers me a cup of (non-edible) popcorn.

Rap and R&B blares over the speakers; at some point,there is a noticeable playlist change from old school hip hop to TikTok hits. Meanwhile, faded participants fill in a series of outlined sketches stacked next to brushes, paint, and easels on a back table. I choose a design, illustrated by the Candy Man’s sister, that depicts a three-fingered alien hugging someone’s — or something’s — Kardashian-esque rump. The Candy Man tells me — twice — that this is by far his favorite design.

Between my interviews with Kee and the Candy Man, I paint the alien pastel pink, the booty baby blue, and add a crescent moon to the background. To include more dimension in my masterpiece, I draw a green hill lined with a dirt path and evergreen trees to the bottom corner. I couldn’t be happier with this final addition: the blue butt looms large against the night sky.

My efforts at interviewing the fellow Toke N Paint participants are futile: the two other people at my table are immersed in the joys of high painting, and it feels rude to interrupt their mellow daze; a pair at the back of the room, whom I guess to be a mother-daughter duo, speak quietly to each other while sharing a joint.

Later, I talk to Kee in a side room at the venue. She’s proud of Toke N Paint’s success, and describes the joys that have come from it. For Kee, one of the most rewarding aspects of this project has been seeing guests’ surprising creativity in such a low-stakes environment. “We have this one picture that I love,” says Kee about one of the prepared outlines that guests can paint. “It’s been done about seven, eight times, but you would never know it’s that same picture. So many people can see so many different things in that one picture,” she says.

Kee has high hopes for the venture — she considers it a kind of growing franchise. She sees others beginning to pick up on it, even naming their events “Toke N Paint.” “We see a lot of people doing it. I don’t mind; we know where it came from,” she says. Her dream is to take the Toke N Paint “on the road,” she explains, maybe as a tour bus, but at least to bring it to more locations. “I just see it getting bigger and bigger and better,” she says. 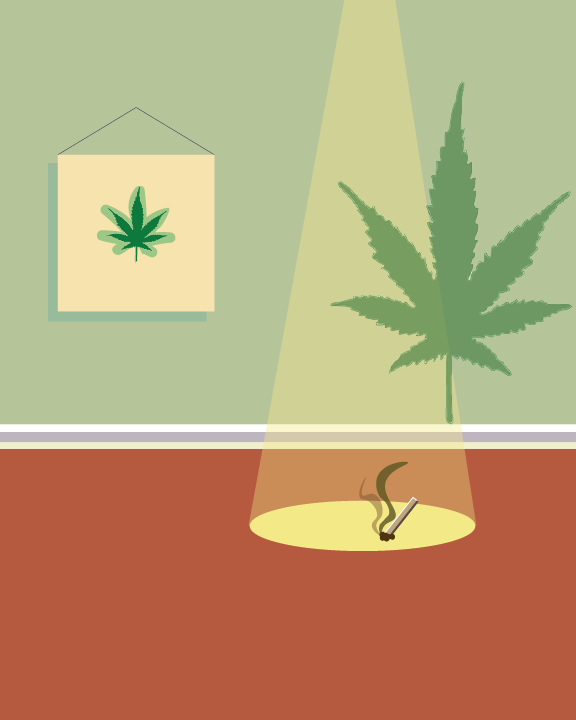 Toke N Paint is only one of Kee’s many ventures. An up-and-comer in Boston’s cannabis scene, and one of a new generation of Black entrepreneurs, she’s working on opening her own dispensary, which she expects to start running next year. She’s also starting two podcasts alongside the Candy Man: one on “weed politics,” a morning show that sits at the intersection of cannabis industry news and larger headlines, and another called “Bars and Blunts,” that seeks to highlight local musicians invested in the cannabis industry.

The program shifted Kee’s perspective in a number of ways: she became knowledgeable on the difficulties of cannabis cultivation and learned the upsides of relying on automation instead of additional employees. “I did almost a year of classes with them,” Kee says. “I feel like they give you the knowledge, the tools that you need, to get ready to come out on this crazy world.”

Even though she decided to scale down her business plan, she says, “It made me also believe that you don’t have to go so big to get into the cannabis world.”

After finishing the program, she started a virtual meetup called “Smoke and Network” that allowed cannabis entrepreneurs to compare experiences in the industry, offer each other advice, and, presumably, smoke. Kee highlights the underrepresentation of Black people within the weed industry — fewer than 2 percent of cannabis entrepreneurs are Black — and her hopes of seeing that number expand into double digits.

“They’re going through the same thing, so they understand most likely where you’re coming from,” Kee says of her fellow entrepreneurs from the Social Equity Program. Being around them helps her stay motivated; when she’s having trouble, “they’ll be like, ‘Oh, no no no, I got this for you. Don’t worry about it.’”

The camaraderie among these entrepreneurs serves as a kind of buffer — a buffer people of color shouldn’t have to create, Kee points out — against the atmosphere of an industry that has historically marginalized Black people and the ongoing effects of the War on Drugs’ criminalization of Black cannabis users.

For Kee, this is just the beginning.

“I probably quit cannabis, I want to tell you, probably maybe 99 times,” Kee says. But the support of her fellow Social Equity Participants kept her going. “We made a pact that we was gonna leave no one behind, and for the last two years that’s what we’ve been doing.”

— Magazine Editor-at-Large Josie F. Abugov can be reached at josie.abugov@thecrimson.com.