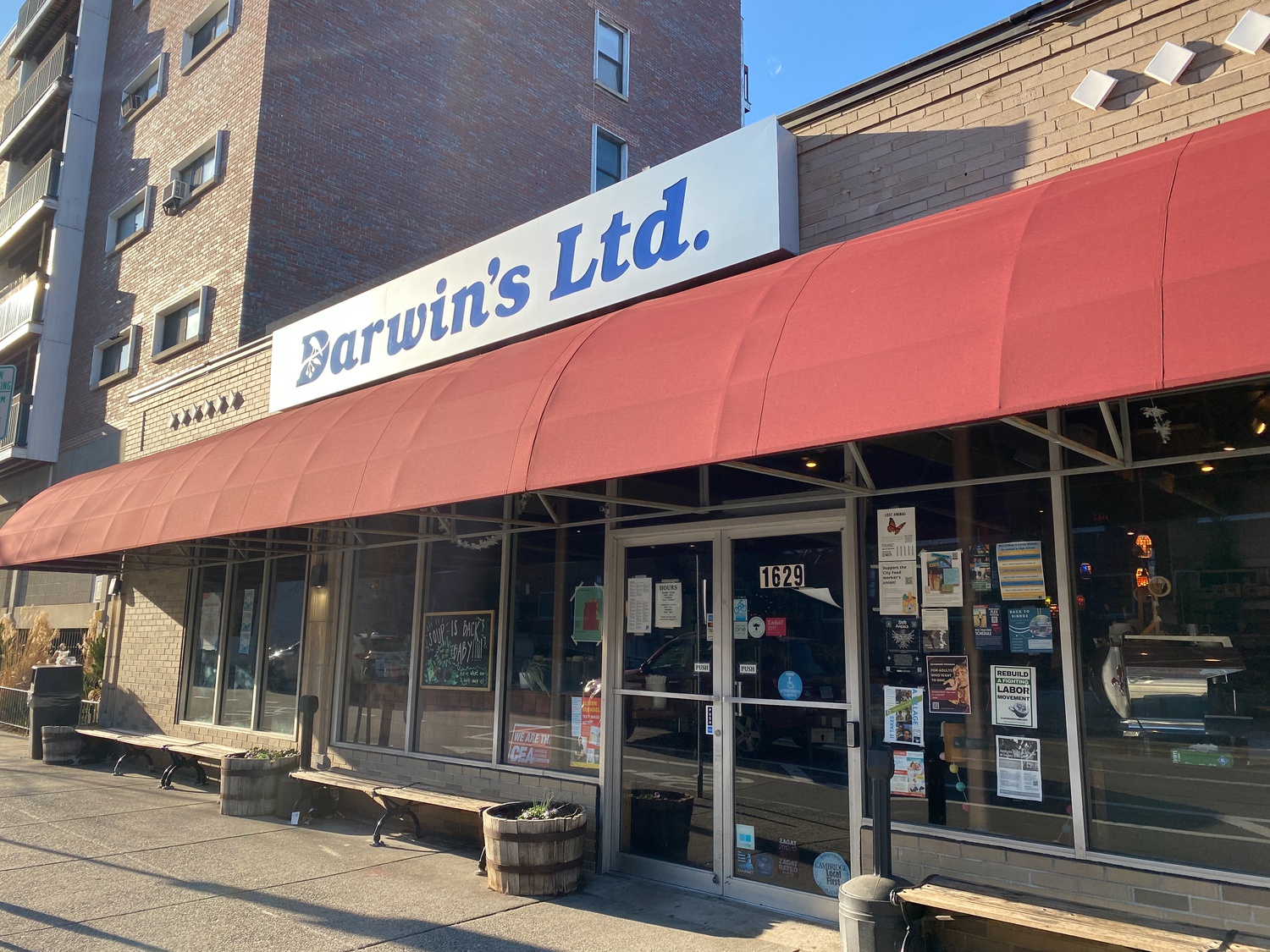 "This is the future of unionized coffee, and you simply have to agree to it."
By Miles J. Herszenhorn

The unionization movement is picking up steam in Boston-area coffee shops. In recent months, the owners of Pavement and Darwin’s — two chains with locations in Cambridge — voluntarily recognized their shops’ unions. Both unions are now currently in contract negotiations with their ownership.

Since then, several other coffee shops have initiated the process of forming unions. In December 2021, workers at three coffee shops in Somerville — Diesel Café, Bloc Café and Forge Baking Company — asked their shared management to voluntarily recognize them as a union. Two Boston-area Starbucks locations also announced their intention to unionize in December 2021, followed by another two locations a month later. Most recently, City Feed and Supply, a cafe and deli in Jamaica Plain, launched its own effort to unionize in March 2022.

Morrison-Mckell says service workers are being asked to take on heavier workloads to increase their companies’ profit margins.

“There’s always a tendency via ownership to cut corners through cutting of labor, to put more and more on their current employees’ shoulders to generate more and more profits,” he says. “Eventually what seems to almost always happen is that pressure gets too much, you have big releases, and people end up having to quit and move on, mostly because it just becomes an untenable work space.”

Mary-Kate McGeary, a member of Pavement’s bargaining committee who works at its Harvard Square location, says the Covid-19 pandemic served as a catalyst for the coffee shop unionization movement.

“Throughout the entire pandemic, people that went to work every day for food service were considered essential employees,” McGeary says. “But we’d be at jobs where our owners refused to give us any Covid safety or to pay us enough to live in the Boston area, or have health care at a time when it’s so vital in the United States — and anywhere — to have health care.”

Pavement President Andrew LoPilato wrote in a statement that Pavement provides medical and dental health care to its full-time employees.

“We provide KN95 masks to our employees and require vaccination, except for medical or religious reasons,” LoPilato wrote. “Throughout the pandemic, we’ve followed or exceeded all state and CDC guidelines including indoor mask mandates, limiting dine-in, and providing emergency sick time for employees.”

“We work hard to ensure our employees’ hours and scheduling needs are met, including providing hours throughout the winter and omicron wave when business was extremely slow,” LoPilato wrote.

Darwin’s Ltd. did not respond to a request for comment.

While McGeary says the health risks posed by the Covid-19 pandemic were “the driving factors” for unionization, she makes clear that the movement is “about more than just Covid protocols and getting more money.”

“It’s about getting protected in your workplace, knowing that you can’t get your hours cut at any notice,” she says. “It’s about being able to get the health care you not only desperately need, but that you deserve.”

According to McGeary, gender-affirming health care for transgender and non-binary people is one of Pavement’s biggest demands in their contract negotiations.

“Pavement is known as a very queer space,” she says. “And that’s not included in our current health care plans or offered as something that could be covered.”

“Pavement laid the groundwork in Massachusetts for the rest of the organizing that is happening right now,” she says. “Darwin’s formed a union partially because Pavement formed a union, because that was now an option.”

“Seeing other cafes succeed and seeing what they’re able to negotiate is really inspiring,”
McGeary says. “But it also helps with our contracts in negotiating rooms with the lawyers to be able to say, ‘Well, this is what a cafe has already agreed to. This is the future of unionized coffee, and you simply have to agree to it.’”

Morrison-Mckell says that since Pavement and Darwin’s are two of the first coffee shops to be negotiating for a contract in the Massachusetts region, they are trying to “establish what would be an industry standard across the board.”

“It’s a little bit unique because it has not been done in this industry before,” he says. “We are thinking and talking about things that really may not be included in a lot of average contracts.”

“So a lot is at stake when it comes down to it,” he adds.

Once Pavement and Darwin’s are able to secure some of their demands, Morrison-Mckell says he believes it will help the unionization movement pick up further steam.

“As these first couple of contracts actually get signed, it’s going to give a lot of other people the ammunition and the material they need,” he says.

Morrison-Mckell says customers should support the movement as well, because coffee shops with unions will be able to “retain” employees who are truly passionate about making coffee.

“Anything that’s going to help employees be secure in their jobs, make a living wage where they can continue to pursue this as a drive and a passion,” he says, “is going to make better coffee.”