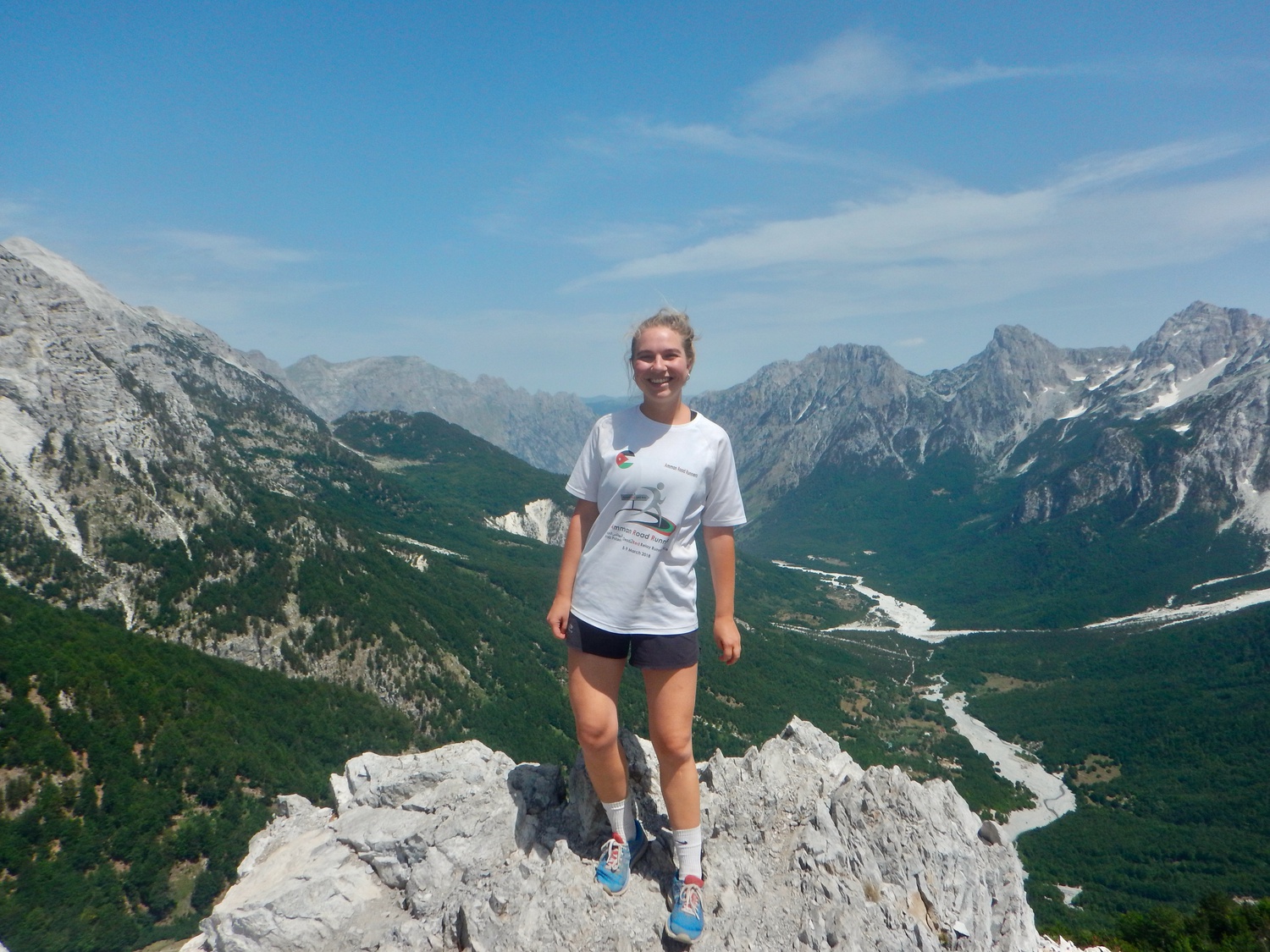 ‘This opened the world up for me’: Harvard Women on the Rewards of Solo Travel

Now, looking back, she says of her trip: “I think it opened the world up for me.”
By Sierra A. Lloyd

In high school, Haley L. Benbow ’23 started collecting change off the ground, averaging $0.51 a day. After 4 years, she’d amassed enough cash to buy an Amtrak ticket for a coast to coast ride — a ticket she used to travel home to California in March 2020, when students were sent home due to Covid-19. The train ride across the U.S. was only the first of many adventures she’d undertake — solo.

Traveling alone can sound intimidating to women who haven’t tried it. Many are taught, as Benbow says she was, to have their guard up in unfamiliar settings. As part of Women’s Week 2022, the Harvard Women’s Center hosted a seminar on solo international travel beneath Memorial Church. Lisa J. van der Sluijs ’22, an experienced solo backpacker, presented with fellow international student Celina Hollmichel ’22 on their experiences traveling alone.

To some audience members’ surprise, Van der Sluijs and Hollmichel could recall no instances of feeling physically unsafe during their travels, but they shared safety tips including reading travel guides ahead of time and sharing one’s itinerary with a trusted individual. Though lacking in experience of some regions of the world and unable to speak to the experiences of women of color, both women emphasized the kindness of strangers in all the areas they’d visited. Depending on your racial identity and that of the country you’re traveling to, Hollmichel mentioned, you may stand out, and in some cultures, people might remark on your differences. But her and van der Sluijs’s presentation stressed that good judgment and a little local language knowledge can go a long way toward keeping you safe. More than anything else, the women wanted to encourage others like them to overcome lack of confidence as an initial obstacle.

Now boasting an impressive resume of trips around Europe and the Middle East, van der Sluijs’s spark for adventure was ignited during her childhood in the Netherlands, thanks to two venturesome parents who enjoyed exploring Europe from their RV. For her, solo backpacking is not only a way to see new places, but also an opportunity to rejuvenate from school and work. “Even though I love to be around people, I also enjoy being by myself sometimes, and I find those moments to be very reflective,” she says. For her, taking pictures of herself in the places she visits is one of the main challenges of traveling solo.

Before embarking on her first solo trip, Srividya S. Maganti ’23 did feel a sense of intimidation. “I really struggle with uncertainty and just going alone and seeing what happens, because I struggle with fear in various contexts,” she says. 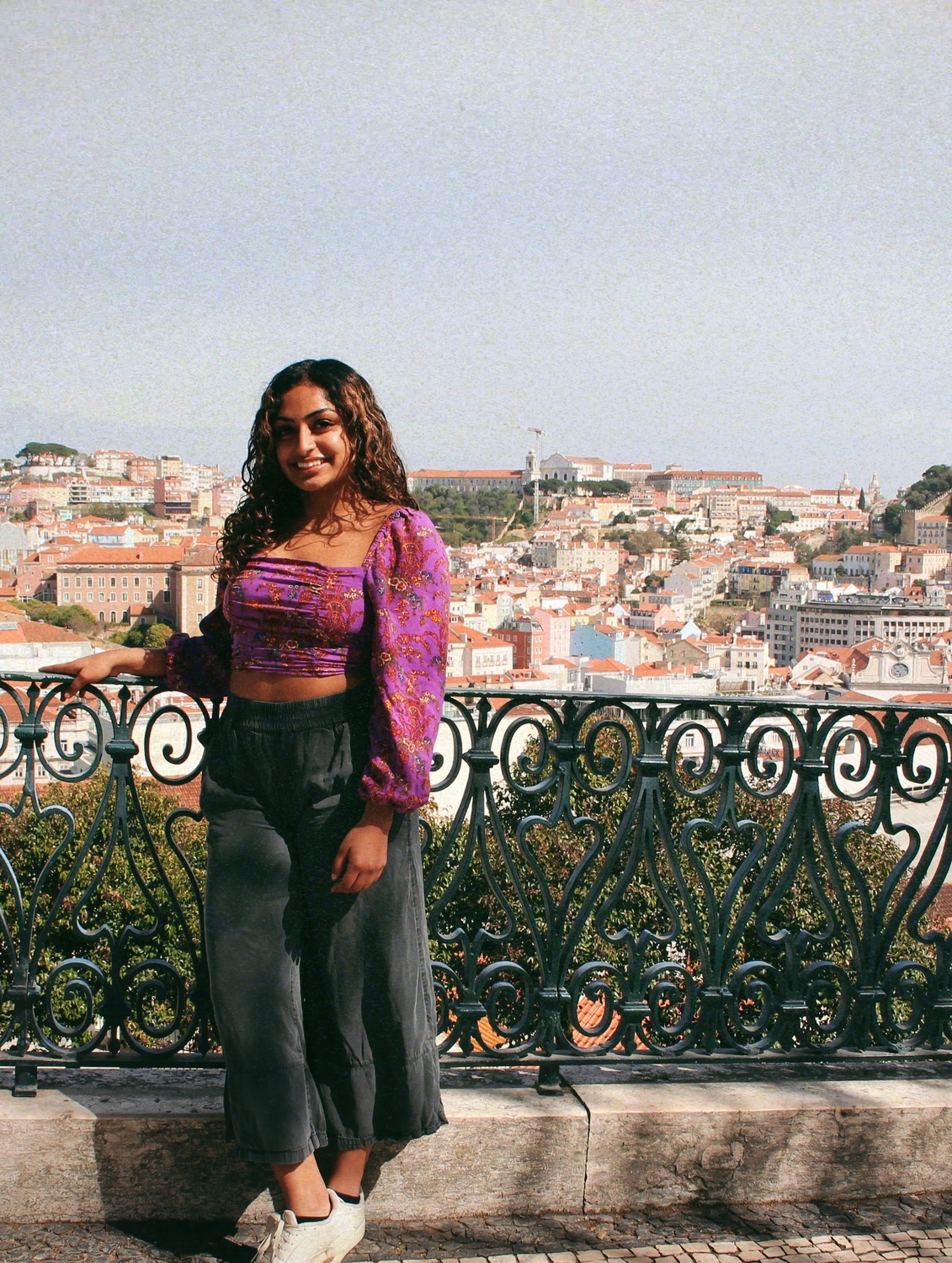 Over spring break, Maganti traveled alone to Portugal and stayed in hostels in Lisbon and Porto. “I thought it could be a very challenging opportunity, but rewarding if it worked out well,” she says. At her first hostel, she stayed in a female-only dorm, where many of the people she met were also young female solo travelers. As a woman, she felt she couldn’t “just find the cheapest place and roll with it, like a guy could,” but with some research beforehand she was able to feel safe throughout the duration of her trip. Now, looking back, she says of her trip: “I think it opened the world up for me.”

Many women find college to be an ideal time to give solo travel a try, thanks to its relative freedom from familial and professional obligations. If your objective in going abroad is academic, Harvard may even pay for it. Over the summer of 2021, Hollmichel embarked on her first solo trip after receiving a last-minute go-ahead to conduct thesis research in South Korea. As a Government and East Asian Studies concentrator, Hollmichel was inspired to visit Korea after a sophomore tutorial project on the trafficking of North Korean women. To acclimate herself to her new surroundings, she took up a daily ritual: every morning she would visit the convenience store near her Airbnb in Seoul to buy a strawberry milk. “I was a good target for any potential serial killers,” she says with a laugh. Each evening, she’d return to the store for a grape juice. Though her ritual produced the same conversations over and over again, she says the repetition was helpful as she got used to small talk and varying pronunciations.

Hollmichel’s fluency was prepared by enough strawberry-milk interactions to handle the situation when a man approached her and asked if he could walk her home. The man’s dogged insistence that she share her social media or phone number with him made her uneasy. As a woman alone in a foreign country, Hollmichel knew to take common-sense precautions to not let him know where she was staying or reveal that she didn’t know people in the area. The incident ended there, in the beverage aisle, and there was no other time during her six-week stay in Korea that Hollmichel felt uncomfortable in a way related to her gender. 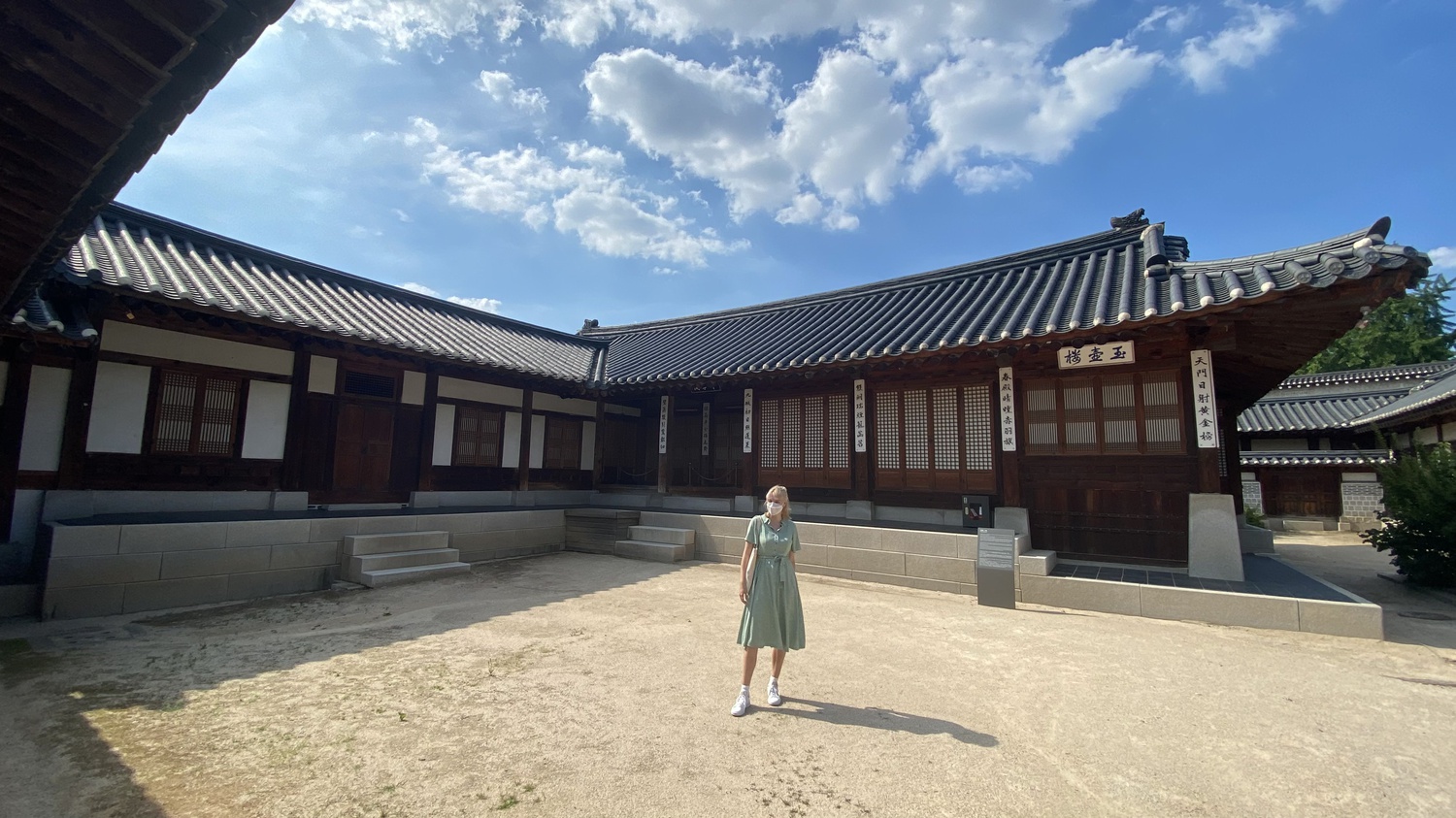 After her spare-change-financed-cross-continental train ride, Benbow spent her pandemic year in Hawaii on a Buddhist community farm. “There was literally no planning whatsoever; I went on Craigslist of all places, and I found a place to live,” she says. After finding a room to rent that afternoon, she booked a one-way ticket to Hawaii. “A few weeks later, I was on my way. I moved with a backpack and ended up staying the whole year.” Coming back to campus, she missed the sense of freedom she felt in Hawaii. “I was like, ‘I’m not getting any younger, I need to go travel!’” So late one night right before spring break, Benbow looked up the cheapest flights to Europe and, like Maganti, bought a ticket to Portugal.

Benbow says she is drawn to solo travel because she’s totally free to follow her whims: “If you want to go back to your hotel and take a nap, you go back and take a nap.” She and the other students I talked to appreciate the connections they were able to make with people they met abroad, connections that might not have happened had they traveled in a group. “Solo traveling has taught me to assume the best intentions in other people, and to view other people as helpful, rather than something to be feared,” Benbow says.

All the women I spoke with agree that after gaining some confidence around travel, women can enjoy exploring foreign places alone as much as anyone. Van der Sluijs suggested gradually progressing to extended solo trips, perhaps spending a weekend alone in a new city first or visiting countries with a friend the first time around. The more women who start to travel alone, the easier it will be for others to follow. “I’d recommend for anyone to travel alone,” she says. “You learn so much about yourself and the world. That is such an invaluable experience.”