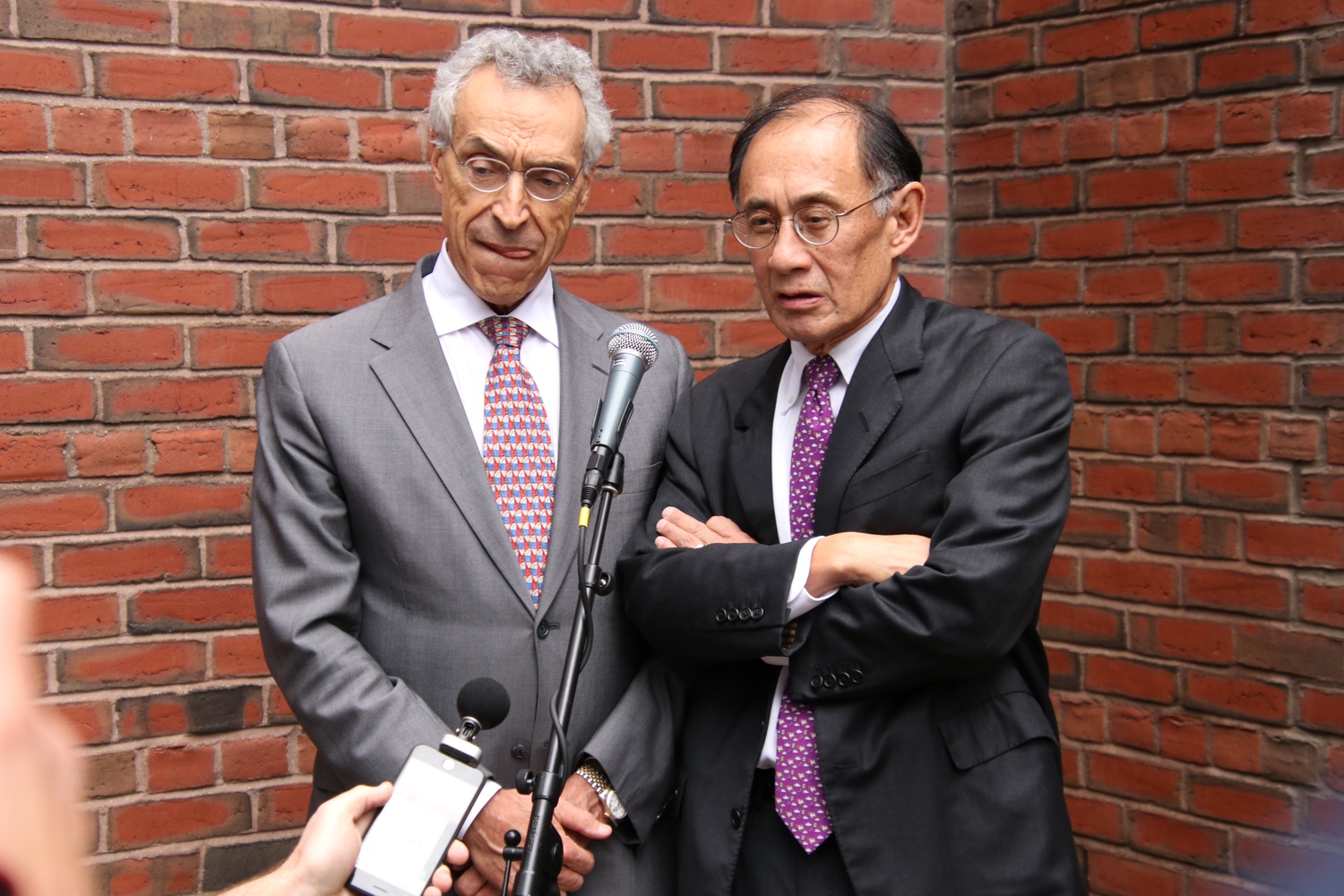 William F. Lee ’72 and Seth P. Waxman ’73 were college students when Harvard’s admissions process evolved to consider race as a factor, becoming a model that was subsequently copied nationwide.

“It was really in the very early days of Harvard's race-conscious admissions policy,” Waxman said.

Over 50 years later, Harvard’s race-conscious admissions practices are in jeopardy as a lawsuit alleging discrimination against Asian-American applicants heads to the Supreme Court in the fall. The court agreed to hear the case filed against Harvard by anti-affirmative action group Students for Fair Admissions alongside a similar lawsuit against the University of North Carolina.

Waxman will defend Harvard before the Supreme Court as the University’s lead counsel. Lee — who serves as the senior fellow of the Harvard Corporation, the school’s highest governing body — served as lead counsel during the case’s trial phase.

Attorneys Felicia H. Ellsworth and Danielle Conley joined the defense team during the early phases of the trial. Conley has since left the legal team to serve as Associate White House Counsel, replaced by Debo Adegbile. The team of four works with approximately a dozen other lawyers on the case.

Waxman and Lee have maintained deep ties to Harvard since matriculating as freshmen. Both joined the University’s second-highest governing body, the Board of Overseers, with Waxman serving as the board’s president from 2010-2011. Lee later assumed his post of senior fellow of the Corporation.

Lee traces his support of race-conscious admissions to his parents, who immigrated to the United States from China in 1948.

“They came to the country with $25 to their name,” Lee said. “They really believed in America and American education.”

“My dad was right — that education is key to creating equality in any society, but particularly in America — that opening up a Harvard education and other educations to broad demographic groups is critically important,” he added.

Waxman recalled feeling “overwhelmed” upon arriving at Harvard for the first time, noting the “depth and quality of learning” the diverse student body offers.

“When I got to Harvard, this just seemed like an impossibly wonderful gift,” he said.

To prepare for the SFFA v. Harvard case, Lee said he is leaning on his 46 years of experience as an attorney, throughout which he has tried approximately 200 cases. He added that preparing to present a case requires the effort of every member of the legal team.

“Seth gets to argue before the Supreme Court, but it will be the end result of work done by a whole series of people, and it’s collective experience that I think allows us to make a good presentation,” he said.

SFFA first sued Harvard in 2014, arguing that the College's admissions processes violate the Civil Rights Act of 1964, which bans institutions that receive federal funds from discriminating “on the grounds of race, color, or national origin.” Two lower courts ruled in favor of the school before justices agreed to take up the case in January.

Waxman reiterated his commitment to defending the College’s admissions practices, recalling when Robert W. Iuliano ’83, then General Counsel at Harvard, first asked him to represent the school.

“I said, ‘I will gladly represent you however long this takes, and I'm going to win this case or die trying,’” Waxman said.

Waxman also stressed the importance of the Harvard case for the future of affirmative action in higher education.

“I've had many, many consequential cases both in private practice and when I've represented the United States [as Solicitor General],” Waxman said. “But I would say in terms of importance and gravity, this is the first among equals.”