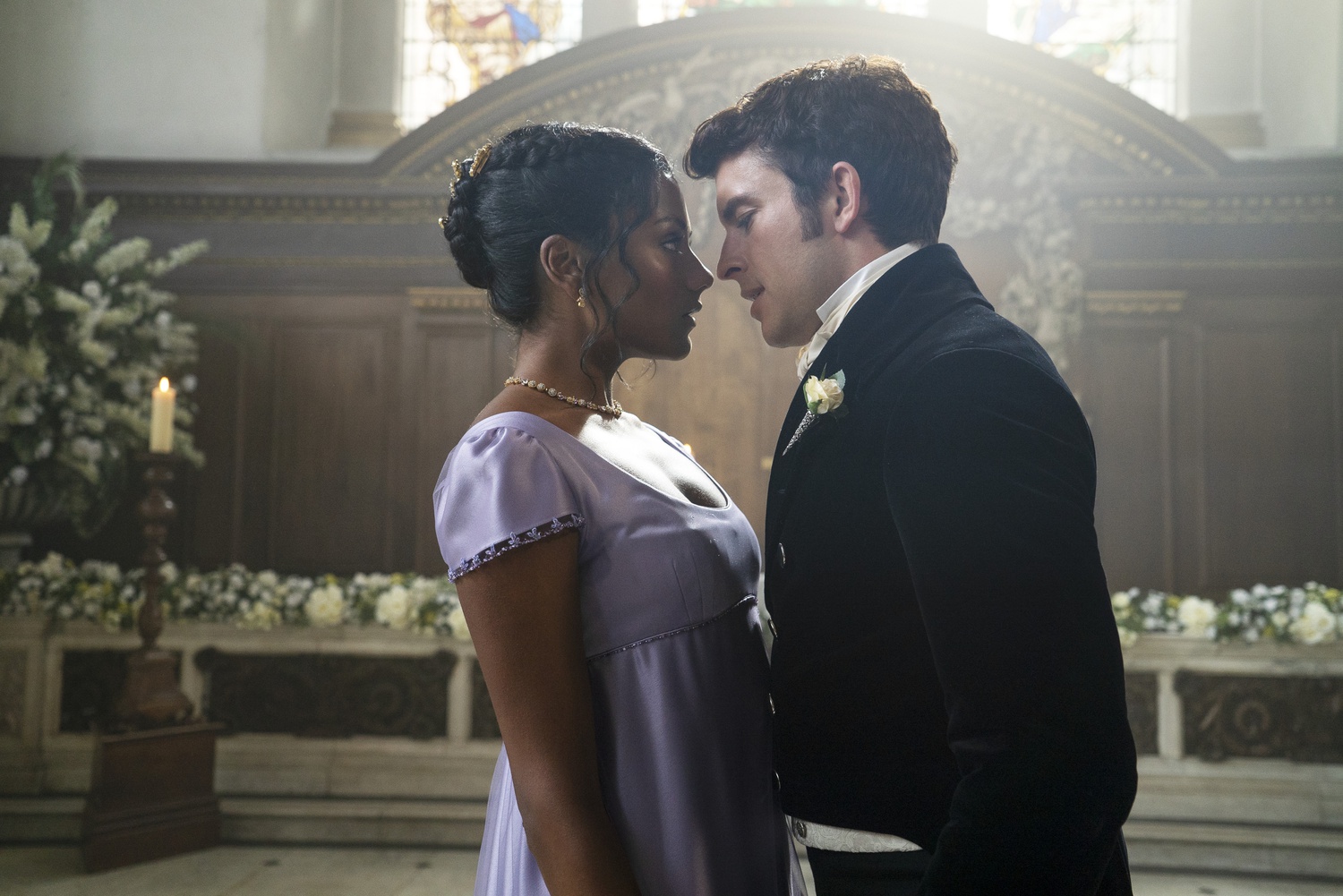 After a long break, “Bridgerton” is finally back, this time following the romantic exploits of a different Bridgerton sibling.

The show has made strides to respond to the criticism leveled at Season One, particularly focusing on giving Eloise more agency. Last season, Eloise made many diatribes against life for women in Regency-era England; while that is not at all unreasonable in itself, she had no clear ambitions or opinions about what she wanted from life beyond the prescribed path for women of her class. This season has adjusted by having her read feminist literature and briefly learn about the existence of social activism. Unfortunately, this plotline falls by the wayside as the season gains momentum.

“Bridgerton” also introduces a new family this season: the Sharmas. Though they are a white family with a different name in the novel this season is based on, “The Viscount Who Loved Me,” the show reimagines their backstories so that the Sharma women are of Indian descent in a way that feels completely natural and compelling. While the world of “Bridgerton” still sorely lacks East Asian representation and mostly avoids engaging critically with race despite its color-blind casting, it does succeed in creating an inclusive escapist fantasy.

Unfortunately, the development of minor characters continues to be unfocused and sporadic. For example, Simon’s ex-boxer friend Will (Martins Imhangbe) decides to begin his own gentleman’s club for unclear reasons, and Queen Charlotte (Golda Rosheuvel) is given little chance for meaningful character development. This issue even persists with the titular family: the show’s handling of Colin Bridgerton’s (Luke Newton) insecurity and Benedict Bridgerton’s (Luke Thompson) burgeoning art career feels vague and shallow. Unfortunately, these filler subplots fail to reach satisfying conclusions, and are only sporadically present from episode to episode.

Overall, the show struggles to balance genre and structure: Is it an anthology of self-contained love stories, or a romantic period drama centering on one family? “Bridgerton” doesn’t know. Julia Quinn’s “Bridgerton” book series is the former, but in order to provide plot for a whole season (and make the supporting actors want to come to work) the show inputs random background plot threads without fully fleshing them out. This formula works well for a series of standalone novels that happen to be set in the same world, but is less suited to an ensemble television series. The show might be more coherent if it featured multiple relationships per season instead of having a revolving door of protagonists that renders other characters irrelevant. For example, the return of last season’s protagonist Daphne (Phoebe Dynevor) is characterized by cameos where she shows off her baby and comments on her brother’s love story, showing how her developed character has been reduced to a background prop outside of her season.

While many plot and character elements are a tad shallow, the set design and costuming nonetheless help ensure this world looks vibrant and believable. However, the show’s internal sense of social rules is inconsistent at best: all of the characters’ actions are supposedly ruled by their sense of social obligation, but the actual societal rules are unclear. “Bridgerton” tells us that if a man and woman are seen alone together, it is so scandalous they must immediately marry, but this is only adhered to once in Season One — in every other instance, everyone acts like it doesn’t matter. These inconsistencies make the stakes feel incredibly contrived.

This season’s protagonists, Anthony Bridgerton (Jonathan Bailey) and Kate Sharma (Simone Ashley), have fantastic chemistry from beginning to end, but their mutual poor decisions make their story difficult to watch at times, as they lie to everyone they love and cause an intense scandal in the name of “love.” The biggest victim of this is Kate’s kindhearted sister Edwina (Charithra Chandran) as she is manipulated by everyone around her, nominally for her own sake. Unfortunately, the individual traumas that drive Kate and Anthony’s selfish behaviors are never explored beyond a surface level. However, there are some great moments — the fan-favorite Pall Mall scene from the books is wonderfully adapted, and their relationship is certainly believable, thanks in large part to their actors.

This season also departs from the show’s original formula — a romantic drama with the yearning of a Regency-era romance and the smut of modern erotica — by toning down the sex. This choice works well for the most part, but a last-minute attempt at compromise results in some very unnecessary nudity. Similarly, the show’s heart — its titular family — struggles to be what the show claims that it is. The actors of the “Bridgerton” clan have pretty good chemistry when they are allowed in a room together and Season Two offered some more fun and meaningful one-on-one moments. Unfortunately, they are just that: moments. Hopefully, future seasons can dig more into the complicated sibling dynamics at play to create a fuller picture of the main family.

Ultimately, “Bridgerton” struggles with its identity as a series, which leads to some narrative and structural incoherence. However, as a fun and romantic historical drama, it should continue to please.

—Staff writer Millie Mae Healy can be reached at milliemae.healy@thecrimson.com.