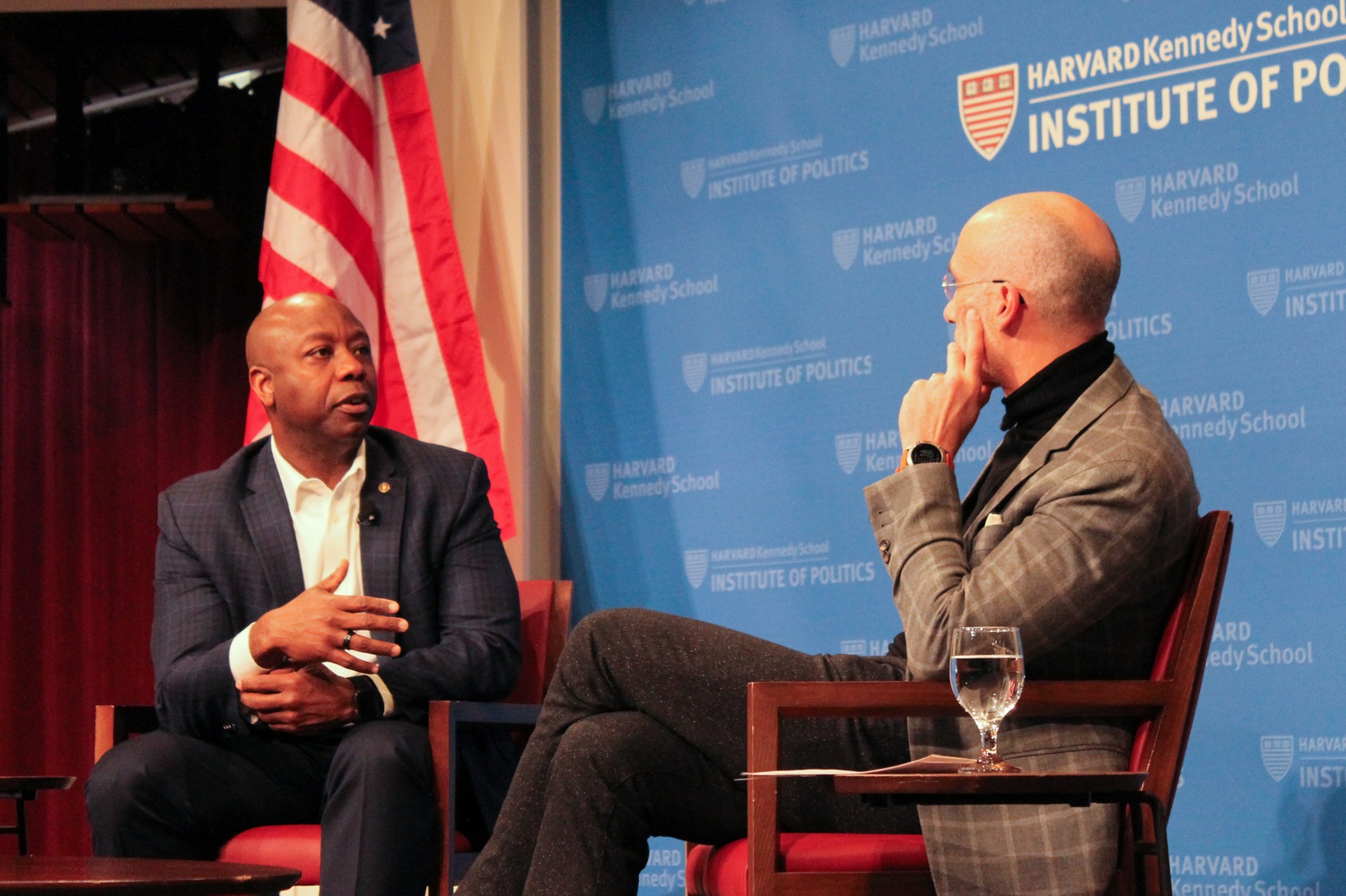 United States Senator Tim Scott (R-S.C.) said he would announce by mid-week whether he will vote to confirm Supreme Court nominee Ketanji Brown Jackson ’92 at a Harvard Institute of Politics forum on Friday evening, saying he was not yet ready to do so.

Scott, who has served in the Senate since 2013, called Jackson a “likable person,” but said, “My question isn’t whether she’s likable or not — it’s her judicial philosophy and how that matches with what I think is in the best interest of our country long-term.”

Just one Republican senator, Susan Collins (Maine), has said she will vote to confirm Jackson, a graduate of Harvard College and Harvard Law School who serves on the school’s Board of Overseers. She will not need any other GOP support in order to be confirmed to the bench if every Democrat backs her nomination.

“I think President Biden should have more deference on his cabinet members because those folks work for him, and he has a right to hire and fire them,” Scott said. “When it comes to our courts, that’s a lifetime appointment. It’s not his court, it’s America’s Supreme Court. And so I look at that as a very different process.”

“I’m about two-thirds of the way through mine,” he said. “I have to be there by next Friday, or next Thursday when we vote. I’ll be there probably Tuesday or Wednesday.”

Jackson said at her confirmation hearings last week that she would recuse herself from the challenge to affirmative action at Harvard the court is set to take up in the fall due to her Harvard ties.

Scott also discussed education reform and political polarization at the forum, which was moderated by Arthur C. Brooks, a professor of the practice at HKS.

“Without quality education, it seems like a part of your future just feels like it’s evaporating before your very eyes,” he said. “And as that poor kid, I will say, you get frustrated, and sometimes you get irritated about what’s not available.”

“Really the only people who don’t have choice in education are the poorest parents,” he added.

Scott said he supports charter and magnet schools as solutions to a lack of choice in education, claiming they improve the public school system as a whole.

“Education freedom would really bring more options into those Title I schools and hopefully encourage public schools to get stronger through charter schools, magnet schools, and options,” he said.

Scott was asked about political polarization, which he attributed to the media and the public’s tendency to “read headlines, not stories.”

“Conflict is lucrative — doesn’t matter if you’re on the right or the left,” he said. “The more polarization there is in the nation, the more you tune in.”

In an interview after the event, Scott added that some of the political divide between Republicans and Democrats is more perceived than realized.

“There’s a lot of reasons to look at the divisions in life,” he said. “Some of them are real, most of them are not.”

Paurakh Rijal ’25, who attended the event, said he agreed with Scott’s analysis of polarization in the U.S.

“I feel everybody has common ground to some extent at some point, right?” Rijal said. “Something that he kind of mentioned, which I like to agree with, is this idea that you should go out and try to begin with similarities.”