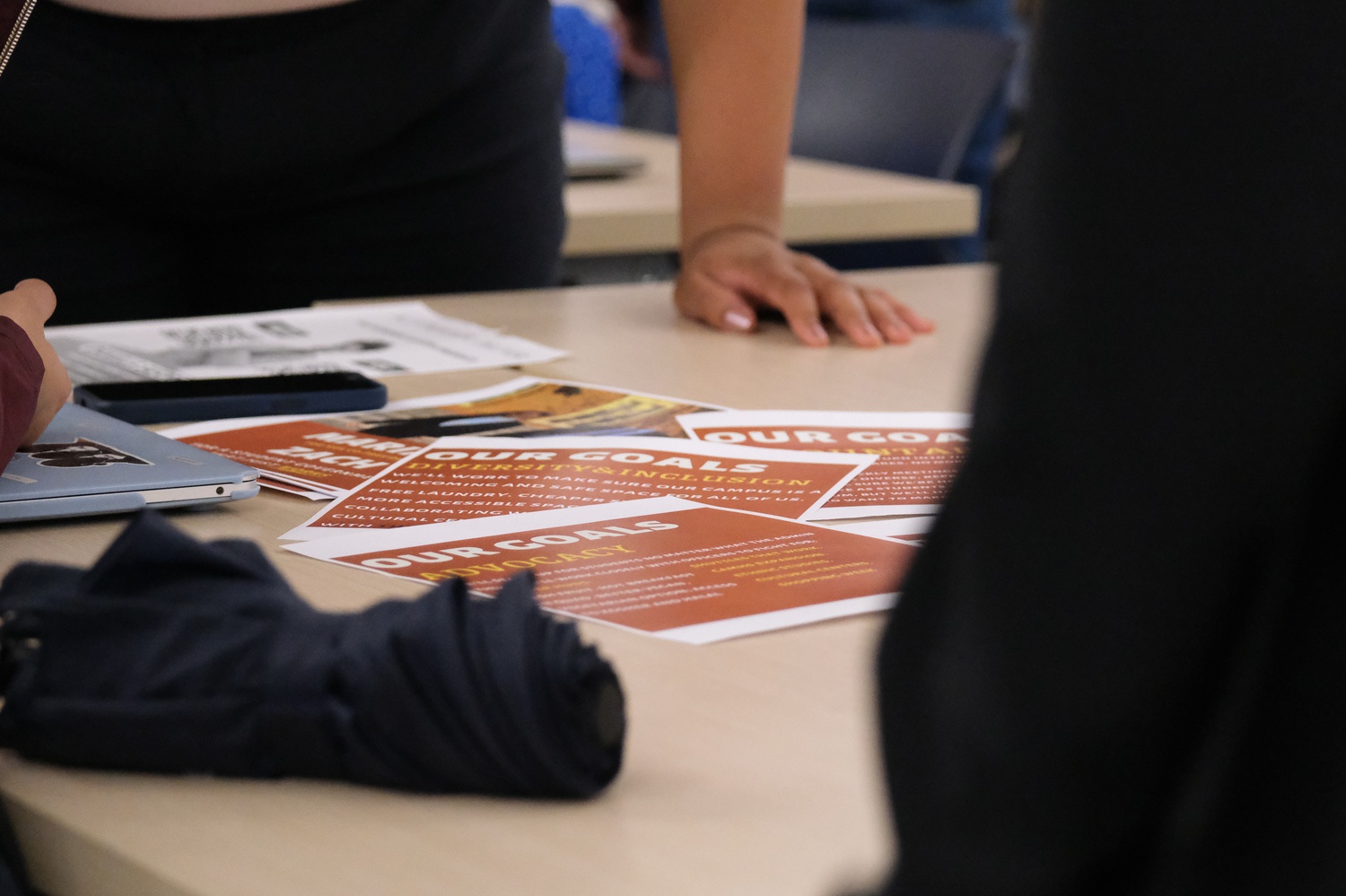 On the eve of the Harvard Undergraduate Association’s inaugural officer elections, six co-presidential tickets outlined their visions for the new student government in a virtual debate hosted by the Harvard Political Union Tuesday.

With a paltry turnout of just a few dozen attendees, the debate marked a return to the low student participation level that largely defined the elections of its predecessor, the Undergraduate Council. Prior to the debate, a trickle of students turned out to a candidate meet-and-greet event, held in Harvard Hall due to inclement weather.

Running a satirical campaign centered around the minting of an “H-Coin” cryptocurrency, Ian M. Espy ’23 and Ishan A. Bhatt ’23 challenged their opponents to commit to changing the title of “co-president” to one of less prestige.

“We’ve watched for three years as the race for the title has caused people to throw away being lighthearted and kind,” Espy said. “If you win, will you commit to changing the title of president?”

Most candidates reported they were open to a change.

During the debate, several of the tickets also committed to leveraging the HUA’s financial power for cultural initiatives.

“[Cultural organizations] will be receiving a majority of club funding and we call on the other candidates as well to make that same promise and that same commitment,” Estabine said.

Esther Xiang ’23 and Yousuf A. Bakshi ’23 said, if elected, they would advocate for the creation of a multicultural center.

“It’s more important than ever that we’re focusing on inclusion and belonging, and one of those ways is actually being able to build a multicultural center,” Xiang said.

If elected, Xiang and Bakshi said they would use HUA funds to rent a space in Harvard Square to serve as a multicultural center in the meantime.

Maria F. De Los Santos ’24 and Zachary J. Lech ’24, a Crimson arts editor, said they would prioritize the creation of a space for Black students at the College.

“Even though I agree definitely with the multicultural center, I, personally, as a Black Latinx woman, feel like starting off with the Black house,” De Los Santos said.

“For so long, we have been focused on the dishonesty of past politicians,” Rasmussen said. “I will not do that. I will commit right now; I'm going to embezzle the money.”

In a race where two-thirds of the tickets feature former UC members, the composition of the HUA’s leadership was also a topic of debate.

“Should individuals from the abolished UC be leading the new HUA?” Wang asked toward the end of the debate.

In response, Kimani E. Panthier ’24 and Lisa R. Mathew ’24, cited their time on the UC as evidence of their commitment to first-generation, low-income students.

“We have run several programs to help FGLI students get MBTA passes to attend classes at MIT, to visit Boston to run errands,” Panthier said.

Xiang and Bakshi, who both resigned as UC members, portrayed their resume as an advantage.

“Anyone and everyone who has genuine interest in making a change on campus should be able to run,” Bakshi said.

“It's really important, I think, to also have past experience,” Xiang added.

Estabine, who campaigned for the UC’s dissolution and helped draft the HUA’s constitution, highlighted this experience in her response.

“I personally think no,” De Los Santos said. “If it’s the same people from before, is it really a new government?”

Voting for co-presidents and the seven other elected officer positions opened early Wednesday morning and will close at 11:59 p.m. Friday.