Lizzo's Debut Of ‘Special’: Advice You Never Knew You Needed 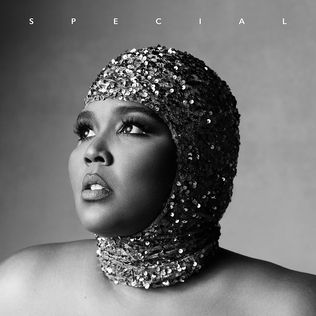 Last week, Lizzo graced the stage of “Saturday Night Live” as both a host and musical guest, where she revealed a new song, “Special.” Glittering in a pink gown, Lizzo delivered a breathtaking performance of the title track of her upcoming album set to drop on July 15. Even more important than simply being another song to listen to, Lizzo’s new track brings the needed conversation about mental health into the music industry.

The song opens with lyrics about the hate that Lizzo receives, touching on her experiences of loneliness and alienation in the industry. When singing about people critiquing her music, she asks, “is it just because I’m Black and heavy?” And “I’ve been used to people judging me … that’s why I’m so in love with me.” As a role model for those overcoming stereotypes and practicing self-love, Lizzo uses her latest effort to respond to those who pin her down with labels. In a recent interview with Variety, Lizzo was asked about how she feels when people comment on her weight and appearance of looking “tired” when singing on stage. “I ain’t new to stereotypes. But what I’m trying to do is dismantle every stereotype that I have the power to do. I’m destroying them by just living and being incredible all the time,” Lizzo responded.

Personal struggle is a common trope that’s sprinkled throughout most music genres and radio stations — though “Special” is about more than just Lizzo’s experience. The chorus of the song quickly breaks the fourth wall as Lizzo reminds everyone of their beautiful uniqueness, too. Lizzo sings, “I’m used to feeling alone, so I thought that I’d let you know, in case nobody told you today, you’re special, in case nobody made you believe, you’re special.” By switching to the second person and addressing viewers, Lizzo brings herself directly into conversation with her fans.

While some songs may fall flat when trying to empower, there’s something so believable in Lizzo’s delivery of her lyrics. In one of the most emotional moments of the song, Lizzo belts out, “I’m so glad that you’re still with us / broken but damn, you’re still perfect.” While the lyrics may sound cliché on paper, Lizzo sings with a sincerity that allows the audience to accept her words as genuine advice.

To whoever is reading this right now, Lizzo’s “Special” is an ode to letting you know: You’re special.