‘A Circle Around Your Thoughts:’ Immersive Klimt Exhibition Debuts in Boston 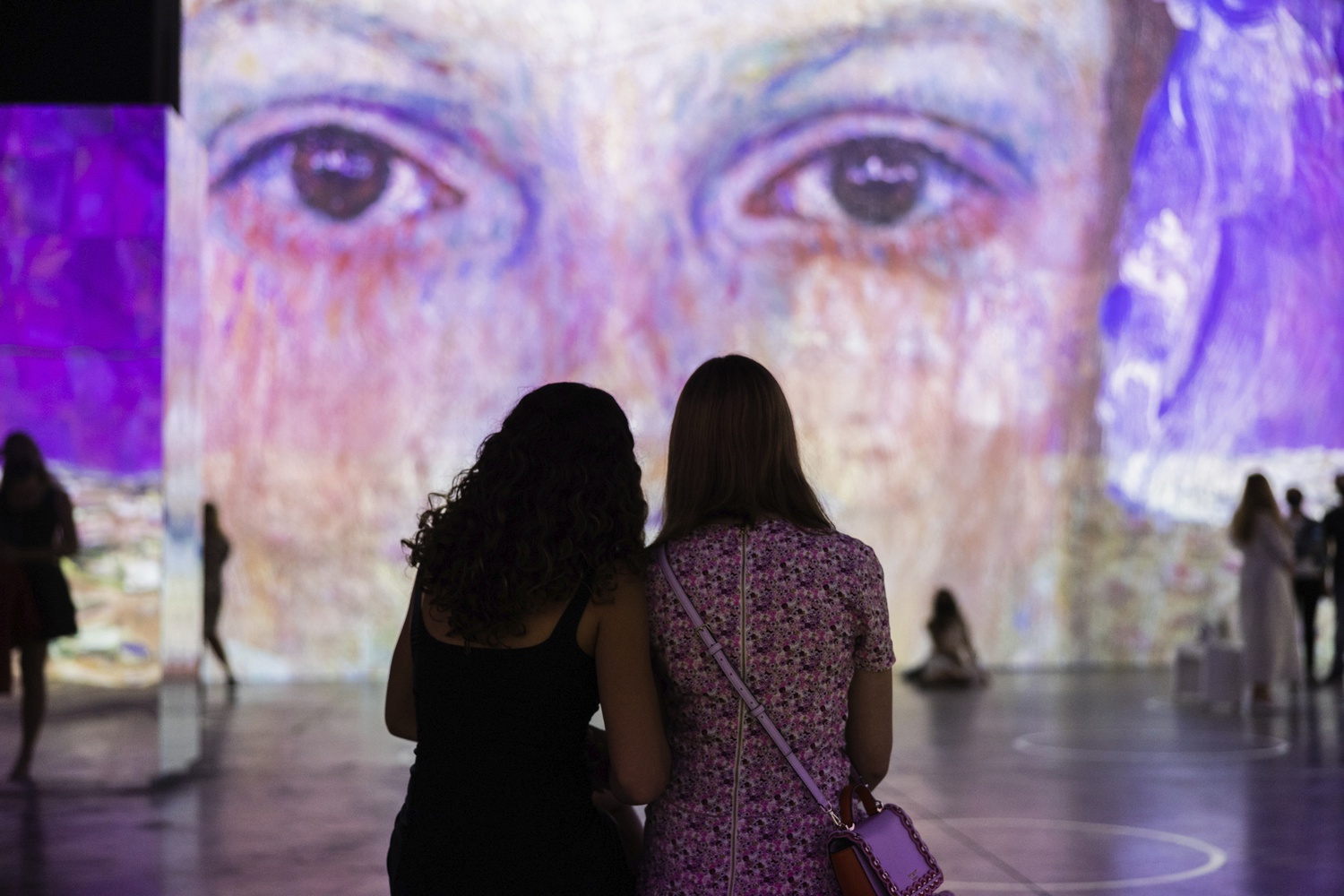 A journey awaits at The Castle.

Richard D. Ouzounian, the creative consultant of Lighthouse Immersive, said, “We don’t want to make it always look like we’re going for the easy, shot-over-the-left-field-wall. Sometimes you want to do something more difficult, which Klimt is.”

Further, Ouzounian wants the public to know that each Lighthouse Immersive experience is an independent, unique production.

“Don’t think if you’ve seen one of our shows you’ve seen them all,” he said. “They’re very different. I stood up at the opening in Phoenix and said ‘everybody, this is not Van Gogh 2.0.’”

Immersive Klimt concludes Siccardi’s trilogy of immersive exhibitions, which Ouzounian views as a trilogy of revolutionary artists. Ouzounian doesn’t believe these exhibits are a replacement for the traditional avenue of the art museum but rather a new way of appreciating art.

“I think Siccardi’s a great jazz artist,” he said. “I admire Miles Davis tremendously, and people say ‘Sketches of Spain’ is an insult to Rodrigo’s original, and I went ‘no it’s not.’ It’s Rodrigo’s original piece seen through the eyes of a master trumpet player who can get more value — different value — out of it… Siccardi is paying tribute to Klimt’s genius by saying ‘look what else it can show us.’”

With 500,000 cubic feet of projections and 90 million pixels, the exhibition required a large team of Italian production assistants and technicians.

“It’s like watching a Marvel movie, you know,” Ouzounian said. “All these technicians to make it happen.”

“Visually speaking, this one is my favorite,” Ouzounian added.

The finale of the show, departing from the rest of the production, includes mind-bending visuals, rapidly-changing pixels, and what Ouzounian refers to as “unashamed techno pop.” The EDM light show of sorts, accompanied by Longobardi’s original composition titled “MMXXI,” interprets Klimt’s revolutionary expressionism through the lens of contemporary experimentalism.

“Massimiliano and his team were all working on this in the depths of Covid when it hit Italy…there was kind of a sense of death in places, but then rising above the death,” Ouzounian said. “I asked the composer Luca Longobardi, ‘why did you go to technopop at the end?’ and he said ‘because I felt after what we’d been through we needed to dance and party.”

Longobardi’s composition, the Roman numeral for 2021, represents a celebration of Italian resilience and hope during a difficult time. Ouzounian then connected this sentiment with Klimt’s own life.

The audience, many of whom sat down or walked around during the 45-minute production, thoroughly enjoyed the exhibit.

MC H. LaPlante ’25, a Harvard student in the audience, said, “The electro pop display brought his artwork to life through an innovative and modern approach.”

Another student in the audience, John S. Cooke ’25, said, “I thought the show was an incredibly intriguing showcase of every aspect of Klimt's life and artwork. The electro pop was definitely an interesting addition, but it represents even more of Klimt's unpredictability.”

“There’s a lot of people who can’t travel to Amsterdam, so why should they be cheated?” he said. “It’s interesting. Murray Whyte, who’s the art critic for the Boston Globe… was ready to scoff, but he stopped scoffing because his 10-year-old son came along — who never thought much about his job — and suddenly when he saw Immersive Van Gogh, he wanted to learn more about the art.”

The exhibition attempts to distill the essence of Klimt with a contemporary twist, returning to his work with renewed creativity. In the words of the artist himself, “There’s always hope as long as the canvas is empty.”