The Small But Mighty: The River Charles Ensemble Takes the Stage 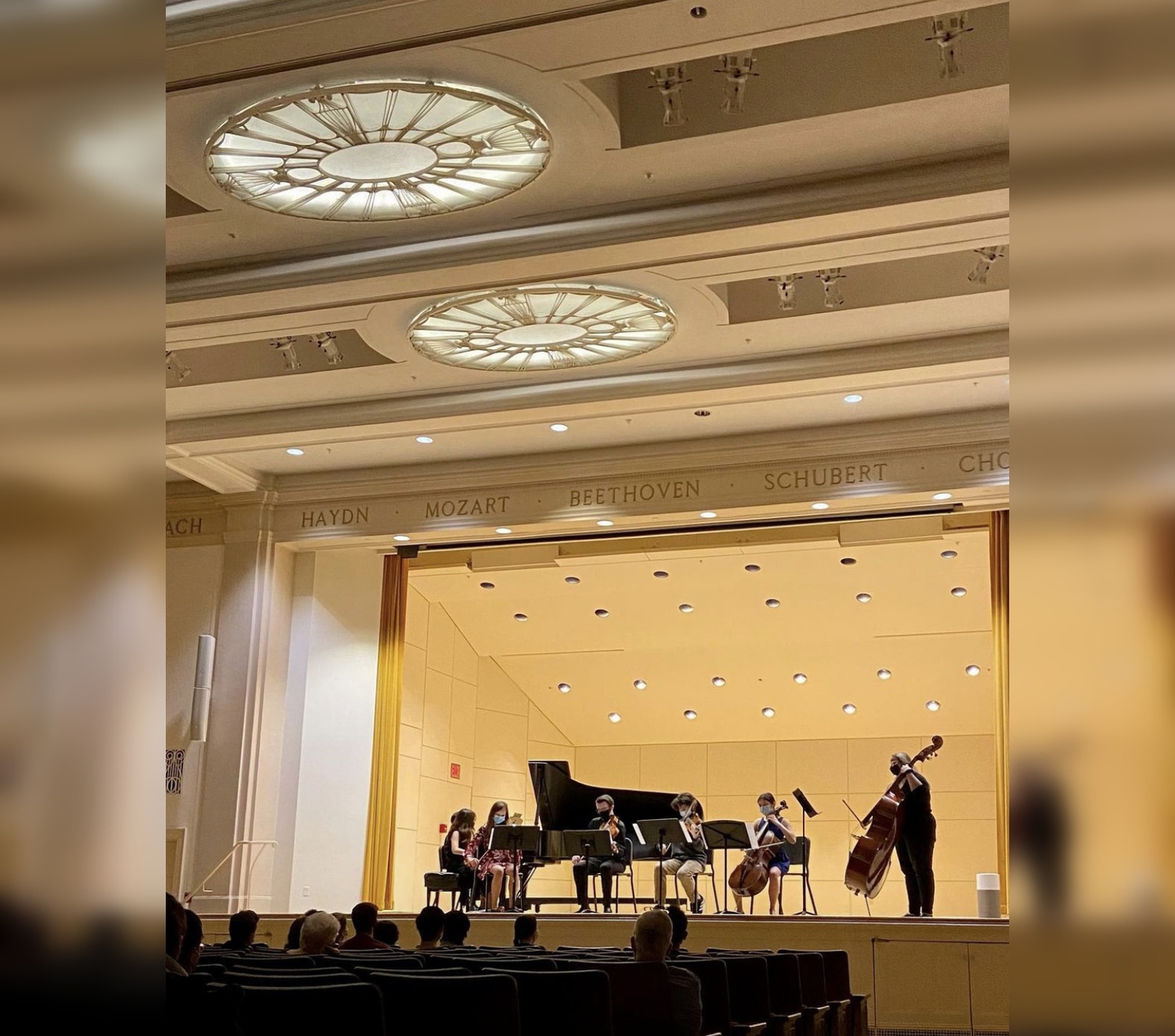 Despite consisting of only eight Harvard college students, the River Charles Ensemble’s powerful instrumental melody reverberated throughout the entirety of Paine Hall on April 16 as they celebrated their 10-year anniversary with a spring concert.

Founded with the intention of providing a collaborative environment for every type of musician at the college, the River Charles Ensemble is conductor-less and performs a variety of pieces ranging from solos to chamber music involving the whole orchestra. For their concert, they performed three arrangements: “Miniature Viennese March,” “Theme and Variations for Flute and String Quartet, Op.80,” and “Piano Quintet in E Flat Major, Op.44.” Each piece featured a different selection of musicians and contributed a unique purpose to the entire performance.

The Ensemble opened their concert with “Miniature Viennese March” by Fritz Kreisler, highlighting the talents of students Olivia Glunz ’25, Joanna Boyland ’23, and Clara Nguyen ’23, on the violin, cello, and piano, respectively — a trio that captivated observers with their skill. Audience member Stephon A. Fagan-Avery ’23 cited Boyland's technique as one of his favorite moments of the entire show.

“I very much liked the plucking motion and the sound [the cello] made,” Fagan-Avery said.

This piece was followed by “Theme and Variations for Flute and String Quartet, Op.80” by Amy Beach, which featured every member of the ensemble. Navigating a repetitive melody with fluctuations in tempo, the ensemble remained in sync as they moved faster and slower, never missing a beat.

The set included a range of music styles for musicians to explore and observers to enjoy. Audience member Ryan J. Golemme ’23 stated that one of his favorite aspects of the performance was “seeing the changes in styles throughout” the night.

Lastly, the River Charles Ensemble closed with “Piano Quintet in E Flat Major, Op.44” by Robert Schumann, a rather romantic instrumental piece that mixed energy with slower, more emotional moments. This made for a memorable closing to the chamber orchestra’s set.

For some in attendance, the show perfectly captured the spirit of collegiate chamber music. Audience member Tammy J. McLeod said, “In college I was a music major, so it brought me back to the days of performing this high level music.”

Listeners were also impressed by the strength of the performance given the small size of the ensemble. Audience member Ryan J. Golemme ’23 exclaimed, “I didn’t know the River Charles was this small, they still managed to sound really big and have a lot of different moving parts… I thought it was really impressive.”