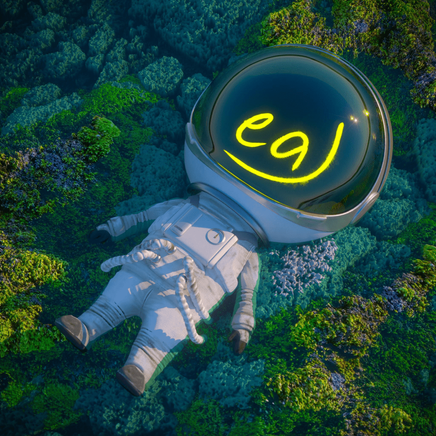 On a mild summer evening, you’re driving with the windows down and reflecting on life as the sun slowly sets. The song playing on the radio is eaJ’s “Car Crash,” a nostalgic pop-rock track that cleverly employs vehicular metaphors as it takes the listener on a journey through a failed relationship.

eaJ, also known as Jae Park, is an American singer-songwriter best known as former vocalist and guitarist of South Korean rock band Day6. Although he had already begun releasing self-written solo songs and collaborations under the name eaJ in 2020, “Car Crash,” which he shared on April 8, is his official solo debut after leaving Day6 last December.

The song starts with gentle guitar strumming and nostalgic synth. “It was a car crash / Two colors cross the intersect / Red light wasn't the problem / The stop sign drew us deeper in,” eaJ sings in the first verse. Although stop signs and red streetlights clearly signal danger, the two characters in “Car Crash” seem not to notice them. Rather than willingly ignoring red flags or warning signs, eaJ portrays them as being inevitably drawn to each other, with every stop sign adding to their attraction. The production of the verse supports this theme of the ill-fated start of the relationship. By muffling the synth and adding an echo to eaJ’s breathy vocals, the song attains an underwater sound that depicts the lovers as solely focused on each other, blending out everything else.

The chorus departs from this underwater feel by adding more percussion and removing reverb. At this point in the track, eaJ’s vocals shift from dreamy falsetto to a confident belt. Accordingly, eaJ reflects lyrically on the toxic relationship: “Chase me out of your bed just to tell me, ‘Come back’ / And the signals were mixed, so we crashed.” Mixed signals characterize this relationship in which both partners don’t quite know what they want from the other person. eaJ’s melodic line steadily descends until a sudden high note on the lyric “crashed,” playing upon the idea from the first verse that the lovers blend out warning signs. They are so familiar with the ins and outs of the toxic relationship that they only notice too late that it has failed: They have already crashed.

Although the song’s melodic lines are fresh and compelling, its production is slightly repetitive because; the chorus repeats seven times. Given eaJ’s refreshingly experimental previous songs like the theatrical, genre-bridging “Pacman,” one wonders why he decided to go with these repetitions. Indeed, eaJ might simply be playing it safe with his first official solo release. On the other hand, it might be a deliberate choice that is meant to contribute to the nostalgic, dream-like vibe that lulls the listener in.

Notwithstanding the repetitive production, “Car Crash” is a successful start into eaJ’s solo career. Showcasing his talent for writing intriguing melodies and touching, metaphorical lyrics as well as his excellent vocals, fans have much to anticipate for the artist’s future releases.