From Coachella: Daniel Caesar Provides a Silhouette of Beauty 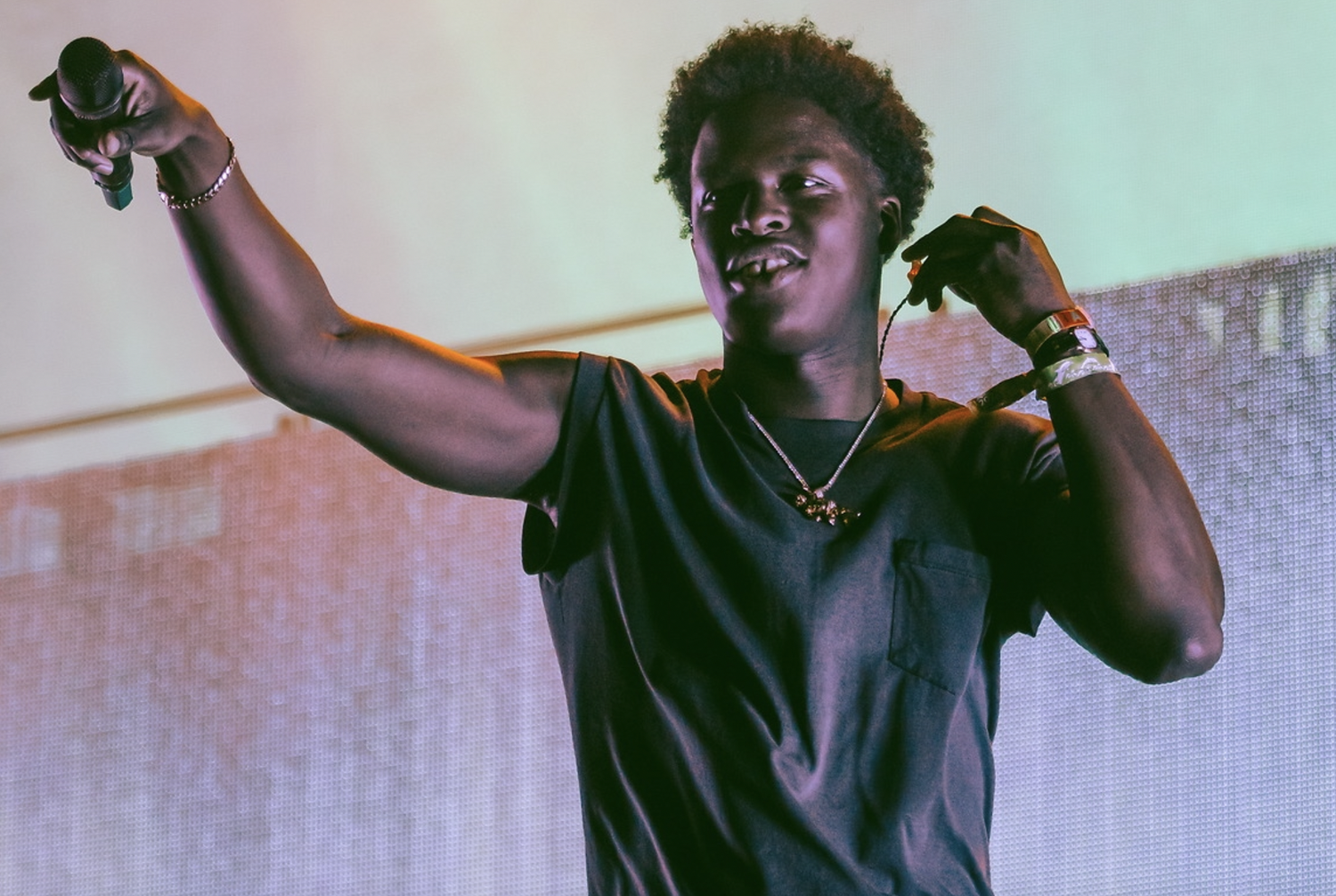 Daniel Caesar took to the Coachella stage on both weekend one (pictured) and two of the festival. By Courtesy of Coachella / Mickey Pierre-Louis
By A.J. Veneziano, Crimson Staff Writer

The Friday sun had set on the Coachella valley, and the desert breeze — rife with dust and whiffs of perfume and marijuana — cooled down the crowd at the main stage of the Coachella Valley Music and Arts Festival as they awaited the penultimate act of the night: Grammy-award winning Canadian artist Daniel Caesar.

At exactly 10:10 P.M., the two screens on each side of the stage transformed into an old television set — the kind with dials and static. Suddenly, home footage from Daniel Caesar’s childhood and recent years flashed across the screen, immediately establishing an atmosphere of nostalgia and innocence.

A figure in baggy pants and an oversized hoodie slowly walked to the center of the stage, and the intro to “Violet” blasted from the 24 rows of speakers suspended from the top of the Coachella stage. From the first line, “Don’t cut your journey short,” Caesar’s rich tenor vocals engulfed the audience like a warm hug.

Caesar’s band was placed behind him within a cage-like structure, designed so that the audience could see their presence but not distinguish any concrete features. They could be heard very clearly but not seen, perhaps to shift the audience’s focus to Caesar. Notably, Caesar’s production team utilized techniques of backlighting, which casted the stage into shadows. As Caesar sang “Violet,” the only visible presence on stage was his silhouette.

Caesar softly thanked the audience as the drum kick to “Japanese Denim” sent fans into a frenzy. Thousands of voices sang in unison as the stage became flooded with blue and violet lights. Pure beauty compounded with an aura of longing to create a sentiment which can only be described by the tears on the audience members’ faces.

Following the intimacy of “Japanese Denim,” Caesar switched up the vibe by performing two of his most famous songs, “Best Part” and “Get You.” Since featured artist Kali Uchis was not present, Caesar sang her verse and his background singers provided the necessary harmonies during the chorus. In a gentle way that only Caesar could pull off, he asked the audience to sing louder to amp up the energy.

With nothing more than his acoustic guitar in hand and the music video of what song? playing behind him, Caesar created one of the best moments of the night. During the chorus, he flipped his microphone towards the audience and afterwards softly muttered “beautiful” and “amazing.” Despite his soft-spoken voice, his vocals during the performance reached a powerful intensity, traveling all the way to the fans at the back thanks to the sonics of the speaker system.

Following the performance of “CYANIDE,” Caesar announced that he would be debuting a new song entitled “Please Do Not Lean.” The song began with a blues piano line joined by a swung snare drum. Again, the stage was engulfed in blue light, the fog machine blurring the distinction between the band and the stage equipment.

Following a brief interlude, Omar Apollo’s “Invincible” began to play, and sure enough Apollo himself — who had performed earlier in the day — walked onto the stage to join Caesar. Apollo’s energy provided a nice change of tone from the rest of the concert.

Thanks to its curated simplicity and atmospheric lighting, Caesar’s set provided an experience of minimalist perfection. As opposed to the fireworks and visual bombardments of other acts, Caesar engaged with the audience with his most powerful tool: his voice. Although only his silhouette was visible at times, the audience received a masterclass performance from one of the greatest artists of the current generation.

At the close of his set, Caesar quietly thanked the audience for sharing the space with him, and he peacefully disappeared into the shadows.