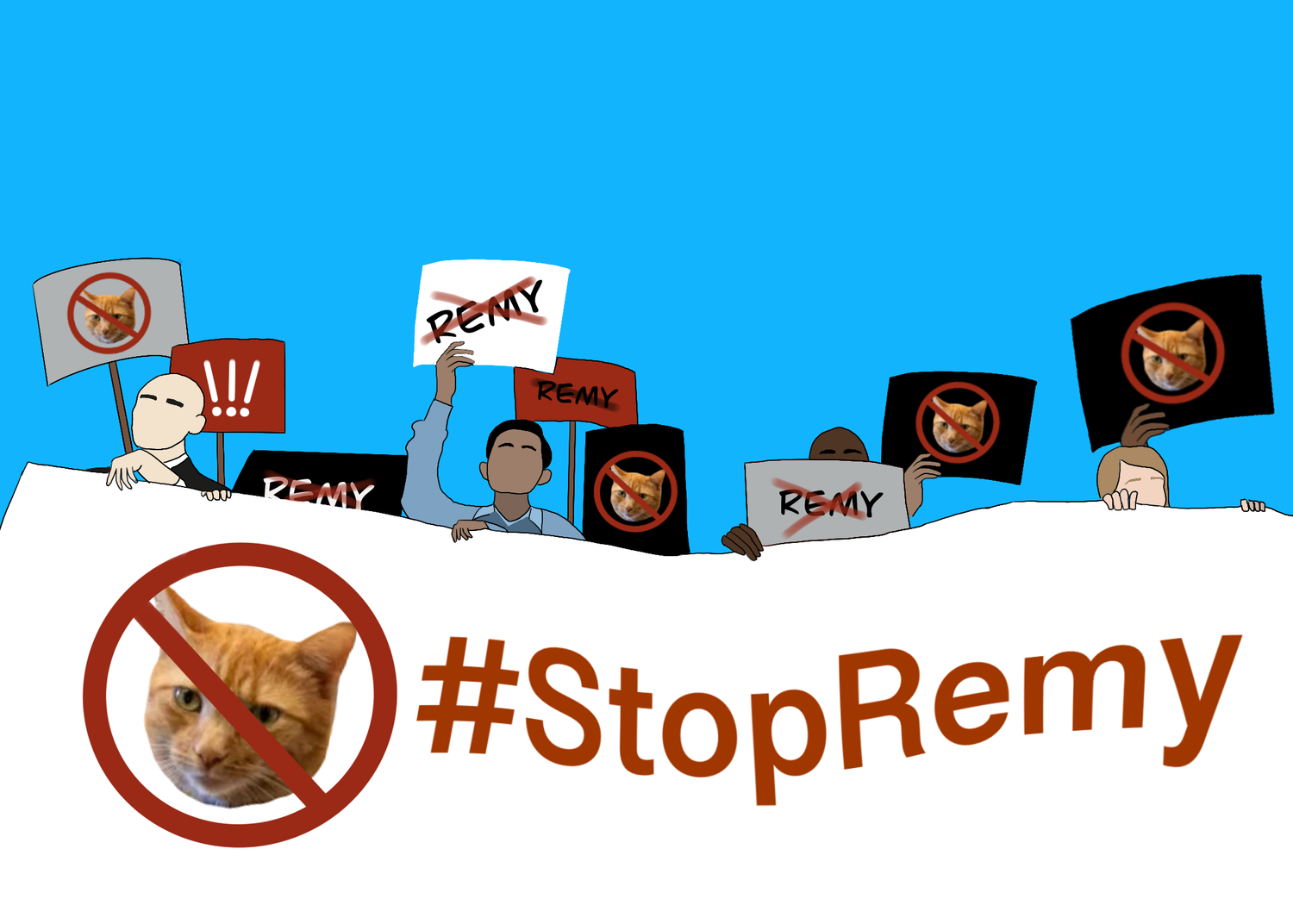 Remy the Cat, An Ecological Menace

With  over 12,000 followers on Instagram, Remy has undoubtedly become one of the most popular animals on campus. But his celebrity obscures  all the questionable actions that cast doubt on whether we should uplift him in the first place: is Remy really the friendly cat that he purports to be, or is he “purr” evil?
By Sammy Duggasani and John Lin

Ah, Remy: the iconic but elusive “Harvard cat” who is everywhere and nowhere at the same time. With over 12,000 followers on Instagram, Remy has undoubtedly become one of the most popular animals on campus. But his celebrity obscures all the questionable actions that cast doubt on whether we should uplift him in the first place: is Remy really the friendly cat that he purports to be, or is he “purr” evil?

On his Instagram bio, Remy claims to be the “Unofficial Yard Guardian,” but this could merely be a euphemism for the heinous acts that he commits against our other furry friends. Look beyond his adorable eyes and charming purrs, and you will see his feral fangs and vicious claws — weapons that pose a significant danger to the birds and squirrels that are just as integral to our campus. In fact, domestic cats like Remy kill 2.4 billion birds every year and have contributed to the extinction of 63 species of wildlife! Harvard has done enough environmental damage by investing in fossil fuels; why are we contributing to the disappearance of so many innocent lives at the hands of one cat? By supporting Remy, we are disregarding the lives of other creatures that make up our campus ecosystem.

Not only is he an ecological disaster, but he’s pretentious too! With a Twitter bio that claims he is working toward his “doctorate in judicial science at a small College in Cambridge MA,” Remy the Cat is the manifestation of the worst of this elite institution: feigned humility and presumptuous pomp.

Remy is far from a native to Harvard’s campus. In fact, he belongs to a family that lives almost a mile away. As he ravages the helpless creatures of the Yard, he carries on the legacy of Harvard’s founders to pillage and plunder. Colonizer or not, Remy’s place on campus is troublesome. The coverage that is afforded to him is a luxury that less visible members of the Harvard community are not given.

What’s more, for a cat who is planning on pursuing a doctorate in judicial science, Remy spends an exorbitant amount of time in the Barker Center amongst History and Literature and English concentrators. According to his Instagram, his most recent ventures have included dorms around the Yard and the Graduate School of Design — exploring all that Harvard has to offer … except for the very classes that he should be taking. At this point, is he even working toward a degree, or is he merely exploiting our affections as a way to stay on campus?

Furthermore, I question if he even underwent the admissions process like the rest of us. What did he do to earn a place alongside members of the Harvard community? What are his qualifications? Where did he prep? What’s his SAT score? We have always assumed that Remy has always been an integral part of campus life, but as Harvard grapples with issues of access and privilege in its admissions process, this furry, four-legged friend should be right up there with athletes and legacies.

Besides his dangerous demeanor and questionable qualifications, Remy continues to perpetuate a system of unethical investments that have become all too common on campus. By monopolizing all our love and social media feeds, Remy creates an unequal distribution of social wealth, starving other pets (including his own brother Gus) of the love that they deserve. As a parent of an orange cat myself, I am constantly irked by comparisons between my cat and a “superior” Remy.

Harvard has just divested from fossil fuels, and up next are feline fools. Show your support at our protest to #StopRemy.