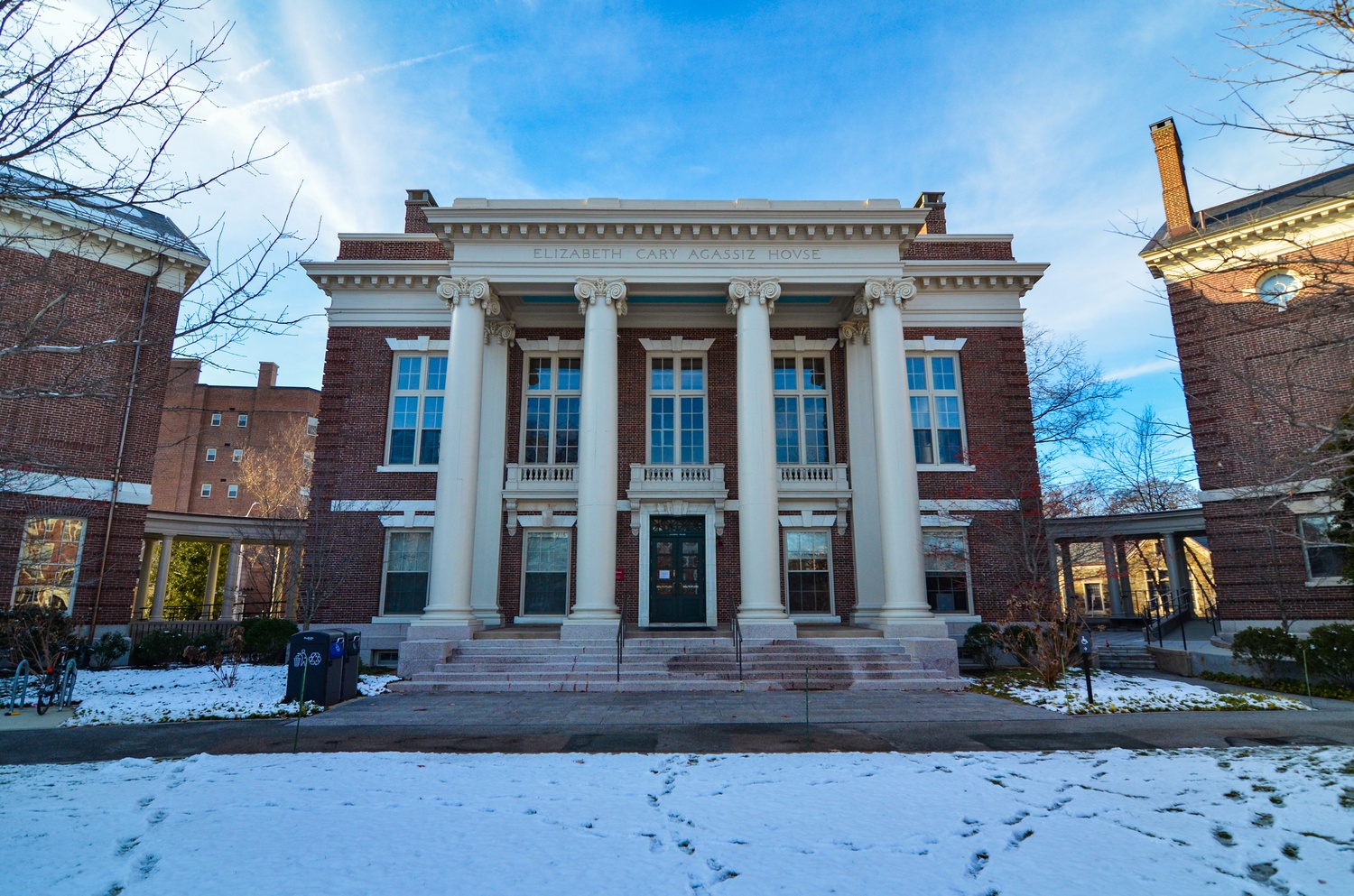 The Harvard-Radcliffe Gilbert and Sullivan Player production was performed from March 24 to March 27 at Harvard's Agassiz Theater. By Steve S. Li
By Ella L. Jones and Monique I. Vobecky, Crimson Staff Writers

Throughout the last weekend of March, students from the Harvard-Radcliffe Gilbert and Sullivan Players transported audiences to London in the year 3070 through their musical “The Milk Made.”

The production, performed from March 24 to March 27 at Harvard’s Agassiz Theater, told the story of a boat worker in a futuristic Chinese-dominated London who schemes to achieve her dream of herding goats and to help her sister marry, overcoming the existing class structure. HRG&SP adapted the musical from Arthur Sullivan’s operetta “The Mikado,” keeping the original score but completely rewriting the play to eliminate the use of yellow-face and racism found in the original work.

Keagan Yap ’25, the music director of the production, said the cast and crew members were able to bring their personal experiences into the new play.

Katherine “Kate” Vandermel ’25, who played the lead role, said the production’s promotion of inclusivity made the show very meaningful for her.

“New lyrics were used to create this show, a show that gives Asian Americans more representation in the arts, and also has a really unique plot and sort of different twist that reflects more contemporary standards,” Vandermel said.

Vandermel said the production saw a successful turnout and was applauded for its reinvention of Gilbert and Sullivan’s work.

“It was really heartwarming to see a lot of people come to see the show,” Vandermel said. “Especially people that were very surprised by this production and how it was able to really innovate traditional Gilbert and Sullivan music and turn it into something new that would reflect a more diverse and more culturally appropriate context.”

Despite the show’s success, Vandermel said the production faced challenges due to its timing, as the show began the week after spring break.

“It was definitely a big challenge in terms of getting everything together, but we did in the end, and I'm really proud of the efforts of everyone in the productions because we were able to put on a successful show,” Vandemel said.

In rewriting Sullivan’s play, the group aimed to ground it in the culture it originally misrepresented.

“At the very core of all of this is just, there’s this long-standing feeling that we want to just respect what for Gilbert and Sullivan was a foreign culture,” Yap said.

Vandermel praised the creativity of Harvard students involved in theater.

“I think it’s really cool coming into this theater scene at Harvard to see like all sorts of unique takes — whether it’s a rewrite of an old show or a completely new show — that are being created alongside more mainstream shows that we already know of,” Vandermel said.