Cultural Rhythms: Back and Here to Stay for the 36th Year in a Row 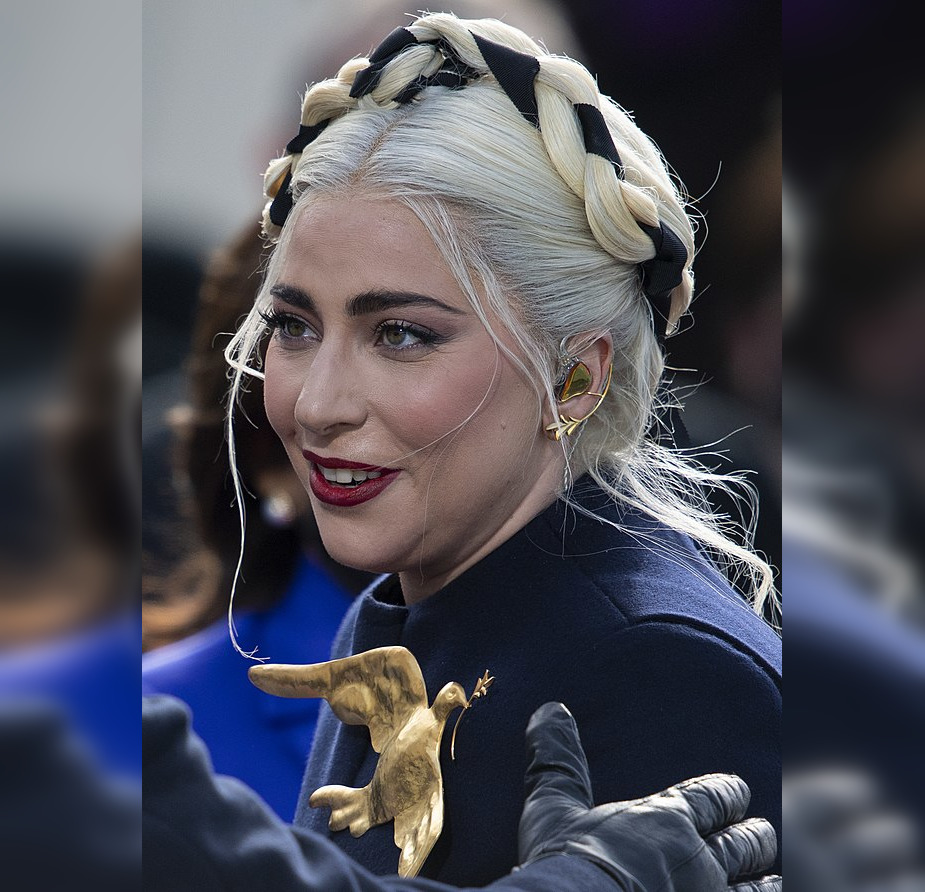 Lady Gaga in 2021. By Courtesy of Chairman of the Joint Chiefs of Staff
By Mariah Norman, Contributing Writer

It started as a low rumble. A few voices, slightly on edge, reverberated against the dark wood of Sanders Theater as interns scattered around the building completing their final tasks. As the clock ticked closer to 6:00 p.m., more and more people began filing into their seats — until the nervous rumble built into a roaring symphony of excited chatter and a carefully curated Lady Gaga playlist.

On March 26, the Cultural Rhythms Show and Artist of the Year Ceremony was held in-person for the first time since 2019. The sold-out event was hosted by The Harvard Foundation for Intercultural and Race Relations, as it has been annually for the past 36 years. The extravagant showcase of culturally diverse individual and group student performances has become the largest event that the Foundation plans each year alongside smaller initiatives like dialogues and peer-to-peer workshops promoting equity and inclusion.

But the pandemic caused a serious blow to the Foundation’s name recognition on campus. Before, when people thought about the Harvard Foundation, they immediately thought of Cultural Rhythms. But after a canceled show in the spring of 2020 and a virtual show with very limited performances in 2021, only the Class of 2022 has fully experienced the flagship event.

Leslie Arroyo ’23, one of this year’s co-directors, hopes to change that.

“Because of the pandemic, we unfortunately weren't able to have [Cultural Rhythms]. But now that we're back in person, we're hoping to once again re-establish that and have people be able to connect the Foundation to these big events,” she said.

Her fellow co-director Mariana Haro ’23 agreed with the importance of this year’s show. “We both felt it was something we had to do,” she said. “The Harvard Foundation used to be so established on campus and now people ask me all the time, ‘what is the Harvard Foundation?’”

After this year’s show, many more people will surely have an enthusiastic answer to that question.

Following a brief intermission, Lady Gaga was honored as this year’s Artist of the Year for her commitment to BGLTQ rights and mental health advocacy — but unfortunately couldn’t attend in person due to the 94th Academy Awards occurring the next day. For around 15 minutes, Gaga responded to a variety of questions in a pre-recorded conversation projected onto a large screen.

She discussed the importance for her as a white person to unlearn harmful ideas that hold up a “sick system” and how she uses her unique position as an artist to advocate for others. After growing up and being taught in school that being ‘colorblind’ was the right thing to be, “I have unlearned that sentiment,” she said.

“Seeing color is essential. Because when you see color, you see all the life around you.”

After the conclusion of the award ceremony, a few final acts began preparing to close the show: The Kuumba Singers of Harvard College took to the stage, followed by Bryant Valenzuela ’25, and finally the Asian American Dance Troupe.

Co-directors Haro and Arroyo were the last to grace the stage of this year’s Cultural Rhythms Show to deliver closing remarks. In the crowd sat Arroyo’s parents and 12-year-old little sister, flown in all the way from California.

“I think a lot of times I talk to them about the work that I do, or the organizations that I'm a part of, but they never actually have been able to witness something that I have worked on,” Arroyo explained after reflecting on the success of the show. “So it was really nice to actually have them here, witness the show, and have them really enjoy it.”

Haro expressed her deepest gratitude to the student performers involved in the show.

“Cultural Rhythms isn’t anything without them, obviously. And the fact that their members are all new or aren’t familiar with Cultural Rhythms, but they all showed up,” Haro said. “They all really took that stage and it was really amazing seeing how all those groups took ownership of Cultural Rhythms. I’m super excited to see them again next year.”