Carmen Maria Machado’s Reading Dives Into the Queer, the Sexy, and the Apocalyptic 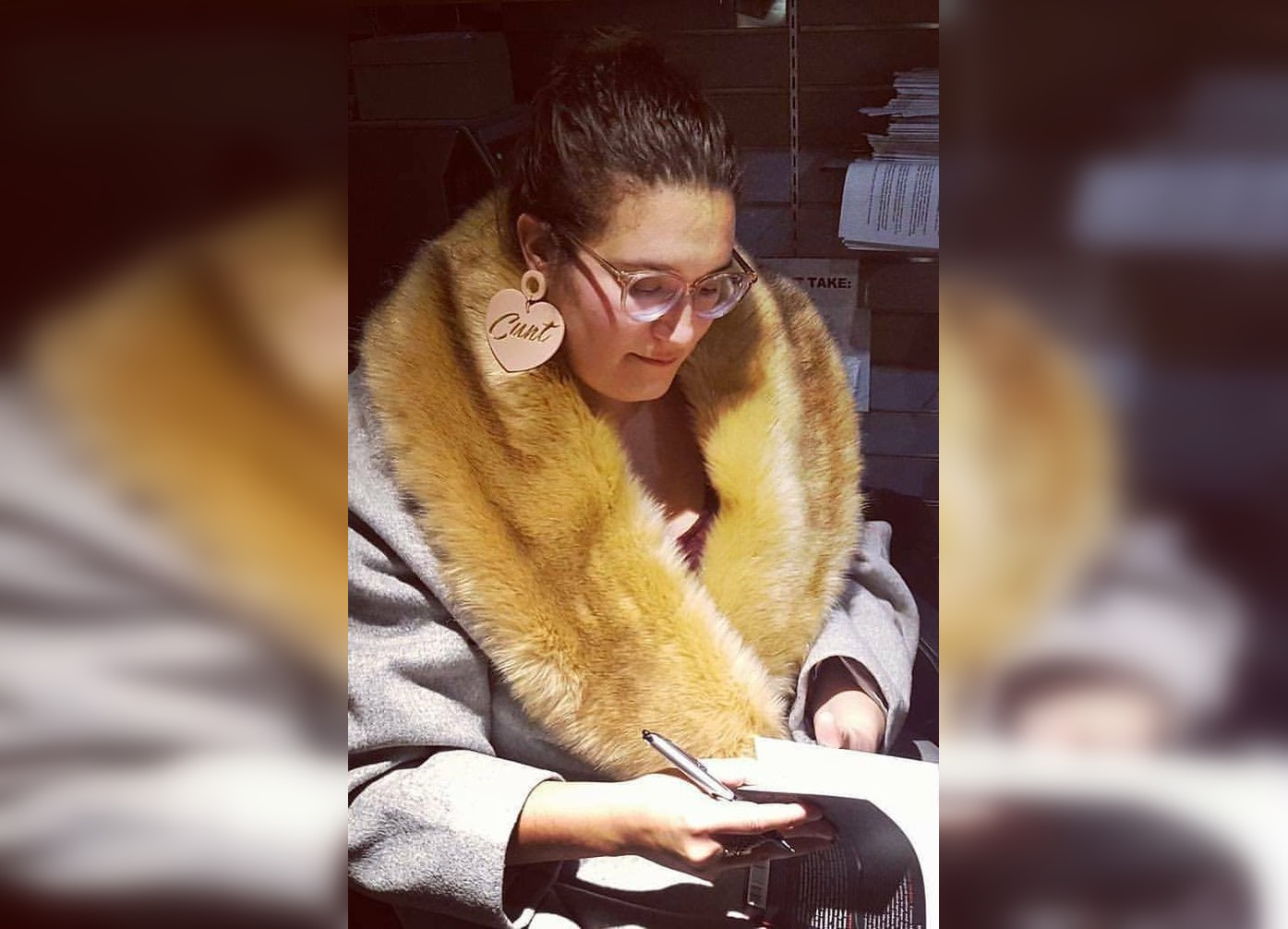 Students gathered in the Barker Center’s Plimpton Room last Thursday, April 7 to hear best-selling author Carmen Maria Machado read from her newest piece of fiction, “A Brief and Fearful Star.” Quiet anticipation cloaked the room before the reading began; Machado broke the silence by asking Abby McElroy ’24 about the pink and white knitting she had brought with her, which McElroy feared looked a bit too much like raw meat. “That’s a selling point,” Machado told her, in a manner characterized by a fascination with the strange and the corporeal that fans of Machado’s work have come to love. The room sparkled with laughter, relaxed, and the reading began.

Machado released her memoir “In the Dream House” in 2019 and a collection of eerie short stories, “Her Body and Other Parties” in 2017. Students were thrilled to be in the presence of the award-winning writer — many had been long-time fans.

“I’ve been reading Carmen Maria Machado’s work forever, and as soon as I saw that she was going to be coming to talk at the Barker Center I was so so so excited,” said Sofia Andrade ’24. “I have been following her writing ever since she published her first short story.”

Machado read from “A Brief and Fearful Star,” a new piece of fiction she’s been working on about a “comet that enters space … I think.” The collection of stories about this sci-fi phenomenon expands upon a short story of the same name released in 2018. After publishing her memoir, Machado decided she wanted to return to fiction — specifically short stories — and challenge herself to weave in historical research using the skills she gleaned while writing “In the Dream House.” She plans to continue working on “A Bright and Fearful Star” in the fall.

For 40 minutes, the room sat in rapture while Machado read a poetic excerpt, saturated with heavy themes and broken by moments of humor throughout the text. In it, a narrator living in a world disrupted by the comet flits in and out of different timelines, different lives and settings, all the while attempting to hold on to an intimate relationship with a woman who doesn’t return her feelings. Though Machado assured students that she conceived of the book's idea prior to the Covid-19 pandemic, she acknowledged how the mass panic afflicting the world of her novel after being struck by a comet seems eerily similar to the present day.

“I thought it was incredible,” Julia Pastreich ’25 said. “It was exciting to hear something new she’s been working on and it was really powerful… In many things she writes, the imagery she uses really makes you feel something.”

Within the dystopian world of “A Bright and Fearful Star” — told in the confines of Barker’s austere Plimpton room — were tales rich with queer intimacy and raw desire. Students found the sci-fi world of Machado’s imagination to be both alien and intimately close, dotted with moments of self-reflection seemingly drawn from Machado’s own experiences after publishing her recent memoir.

“I was really excited that she was reading a new piece — I had expected her to read something from one of her existing books, so it felt really special to be in the room and get a sneak glimpse,” said McElroy. “I was also surprised by how personal and intimate the piece was, and I’m excited to one day see how it fits into the larger picture.”

In addition to the reading, Machado answered the questions of eager students, discussing a wide range of topics such as the relationship between pain and writing, the reception of her memoir, and even her love for Shirley Jackson’s “The Haunting of Hill House” — a novel described by Machado as the “perfect horror story.” When she realized only a few students in attendance had read Jackson’s canonical text, Machado responded in disbelief. “What are you guys doing at this school?” she asked. “What’s going on?”

She also spoke about her writing process and the themes that reappear across her body of work. “I’m a very vibes-y writer,” she said. Some authors may start with the logistics, the characters, or the plot. But Machado? “No no no,” she said. “Vibes. Pure vibes.”

In one hour, Machado left students in awe of her ability to speak in both beautiful abstracts and vivid detail, her capacity to write about intimacy and loss and mass panic with humor, and the inner works of her mind both on and off the page.