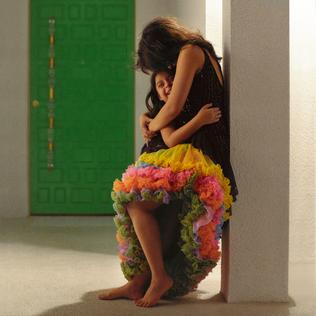 The song is under three and a half minutes with only two verses, a pre-chorus, chorus, and post-chorus. This means “psychofreak” feels more like a loop than a developed song. The two verses are lyrically pleasing, and the themes of dissociation and self-confidence are intriguing, but the delivery leaves a lot to be desired. This is unfortunate, considering both the song’s gentle driving beat and melodic sound design have a great deal of potential.

Though the verses are generally stronger than the bloated chorus, Cabello makes a Fifth Harmony call-out in the second verse that lacks substance. She sings, “Everybody says they miss the old me / I been on this ride since I was fifteen / I don’t blame the girls for how it went down, down.” While the song doesn’t obey a rigorous rhyme scheme, the near-rhyme of “fifteen” with “me,” works sonically but doesn’t exemplify masterful song-writing. The entry to this reference is natural as Cabello describing how she feels overwhelmed and disconnected from her old self is a recurring theme of the song, but referencing the gargantuan storm of drama and rumors surrounding Cabello’s departure from Fifth Harmony with the desultory repetition of “down” feels like a lazy grab for attention.

Unfortunately, Cabello’s lifeless vocal performance detracts from the song’s impact. Cabello has joined the popular trend of speak-singing, adopting a very flat, monotonous style for her delivery. Effortless is usually a compliment when used to describe someone’s singing, but here it just sounds dull. Her tone cancels out a lot of the work that the beat does and even sucks the track of fun and feeling. Considering Cabello is an accomplished vocalist, it’s a shame that there isn’t any evidence of that on this song. Hopefully the rest of her new album, “Familia,” will make up for this one song.

WILLOW’S feature is an excellent addition to a track that wouldn’t have had enough substance to exist on its own. Cabello’s melody is extremely mundane and subdued, so WILLOW’s emotive vocals are a welcome relief. Beyond ad libs, WILLOW’s part is unfortunately confined to the pre- and post-choruses — so it might have been effective if she had more time to highlight her unique voice on the track, but considering the repetitiveness of this song, it seems like that would be asking too much.

The solid lyrical choices and interesting sound production of “psychofreak” bode well for Cabello’s new album, but unfortunately it fails to wow.

—Staff Writer Millie Mae Healy can be reached at milliemae.healy@thecrimson.com.