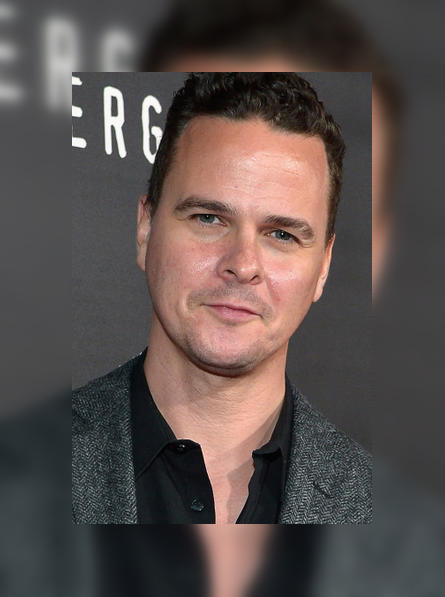 Joby Harold, originally from London, has built a successful career in entertainment. By Courtesy of Joby Harold
By Kieran J. Farrell, Contributing Writer

In a pandemic-era entertainment industry, nothing is the way it used to be. One day, a film’s release will be delayed several months; the next, the film will be moved to a streaming service; and after that, it might even become a television series for streaming. Such a shift in the status quo is simply unprecedented in the industry, and while it surely has its disadvantages, Joby Harold, for one, appreciates what it’s done for story possibilities.

Harold, who has taken on a number of creative roles in the industry, has spent the majority of his career working on films; some of his projects include “Army of the Dead” and “John Wick: Chapter 3 — Parabellum.”

“The world is changing really, really quickly,” he said in an interview with The Harvard Crimson. “Part of our jobs as producers and my job as a writer is to change with the times and embrace the opportunities therein. That most specifically applies to television and limited series and serialized storytelling, because that allows you more room to get underneath character. In that way it’s really liberating and exciting.”

In keeping with the recent TV surge that he describes, Harold’s own pandemic experience has largely been occupied with his work as a writer for “Obi-Wan Kenobi,” a limited television series about the classic “Star Wars” character that premieres on Disney+ this May. And while this project has given Harold the opportunity to inject his own creativity into the galaxy far, far away, his escapist journey into fantasy worlds like that of “Star Wars” dates back to his experience growing up as an only child in London.

“I spent a lot of time just kind of disappearing into those worlds,” Harold recalled of his childhood. “Most specifically, that meant ‘The Magnificent Seven,’ and ‘The Great Escape,’ and ‘Jaws,’ and ‘Star Wars.’ Those sort of bedrock movies really, I’d watch them over and over and over again.”

Having grown up with a single mom, Harold reflected on how his love for film was born of hardship. He likened the role of film and TV in his early life to that of a babysitter; while his mom worked several jobs to put food on the table, he spent his time discovering that the limits of London could not prevent his film-driven imagination from running wild. He soon realized, though, that these limits could indeed prevent him from following the career path he desired in filmmaking. He decided to apply to UCLA as a result, and from there, his journey to Hollywood was set in motion.

As he reflected on his time in film school, Harold considered his early experiences in directing and writing. While he recalled that directing was his preferred gig at first, when asked which role he has most enjoyed throughout his career, Harold exhibited a change of heart. “The only child in me would say writing, because I got to be by myself,” he laughed.

He described how the only path to directing in film school was to first write a script that was deemed good enough, and then to be the director attached to the project. While this route is the one he originally chose, he found himself on a wholly different trajectory from that point forward. “Off the back of that, I just kept writing,” he said. “Writing sort of overtook everything else, and my family is a family of writers, so that always came fairly naturally to me.”

Expanding on how he views his role as a writer, Harold made note of the grandeur that is expected from the action-packed, “tentpole” type of project he has often worked on in the past. He elaborated on the idea that such projects, at their core, require the same nuance and attention to detail that are central to any good story.

“[These projects], to me, are interesting on a character level and thematically, and they resonate for me emotionally because I’ve lived in those worlds,” he said.

With the onset of the pandemic, Harold was given an expanded opportunity to immerse himself in the worlds he speaks of. While the industry’s general transition towards longer-length television series meant that there would be more to write about, Harold also simply had more time to write, which meant he would be spending a lot of time with “Obi-Wan Kenobi.”

“I started working on [‘Obi-Wan’] just as the pandemic began,” he recalled, “so it’s very intimately associated in my mind, because for as long as COVID has been a part of our lifestyles, it’s been a part of my life as a writer.”

Harold also remembers the experience of being stuck indoors very differently than most. While work was reduced or put on pause for many, his own work days had never been more intense.

“Everybody else was complaining that they had nothing left to do and they’d already done all their jigsaws,” he said, “and I hadn’t had any time to do any jigsaws because I was writing 14-hour days trying to get ‘Obi-Wan’ into shape.”

This routine was Harold’s reality throughout much of the pandemic, making it abundantly clear that, pandemic or not, the entertainment industry requires a tireless grind. As such, when asked what advice he would give to young people hoping to work in film, he offered a telling anecdote from the days that preceded his career:

“My screenwriting professor in film school said you’re not good until your seventh script,” he said. “I would just say work and work and work. That’s what I tell my kids — you’ve got to work harder than the person next to you.”

At the end of the day, Harold’s journey is a true testament to this advice, as he has built a successful career crafting the types of stories that inspired him as a child. Offering a final reflection on what is perhaps at the very center of his love for his profession, Harold showed no hesitation in naming his favorite film.

“‘Jaws,’” he said. “It’s the perfect marriage of everything I love about film, and also it was a massive part of awakening my imagination when I was a child. One of the great thrills of being a dad is getting to watch ‘Jaws’ with my kids, and watch their eyes widen the way mine did.”