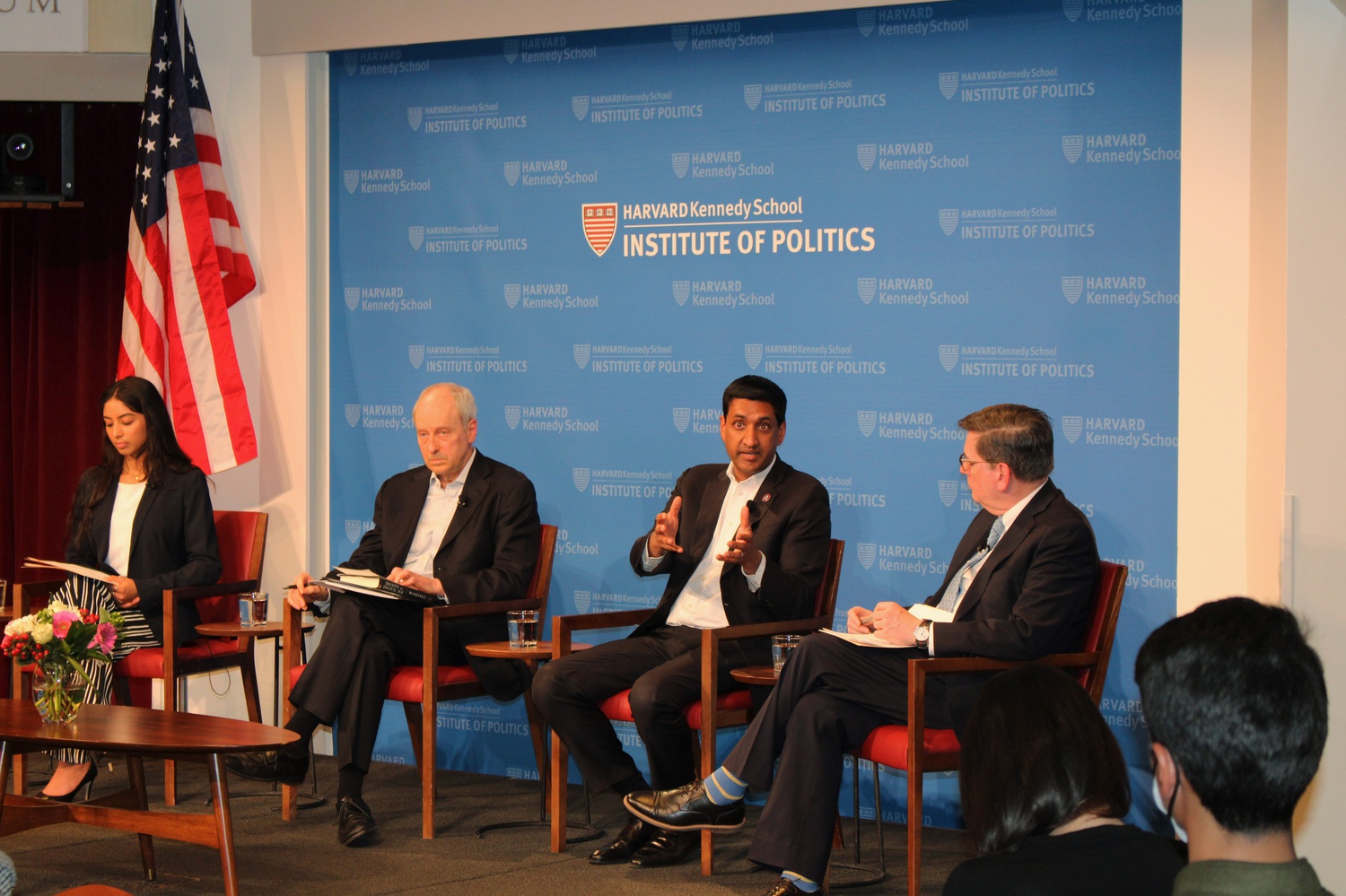 United States Representative Ro Khanna (D-Calif.) spoke about the role of technology in the future of the American economy while discussing his new book at a Harvard Institute of Politics forum on Monday evening.

Khanna said the decision to offshore a lot of manufacturing jobs, which has “left out lots of people and communities” in the United States, needs to be fixed.

“Maybe that helped consumer prices, but the reality is a lot of that led to a loss of income, a loss of jobs,” he said. “And the beneficiaries of it ultimately was a lot of capital, people who owned the capital.”

According to Khanna, there now exists a “bipartisan consensus” on returning some production to the United States because of the Covid-19 pandemic, the “hollowing out of the middle class,” and “the rise of China.”

“That seems to me a pernicious business model that’s deeply corrosive of democracy,” Sandel warned.

“Not only because it depends on hooking people with sensationalistic and often false and hateful information and news feeds,” he added, “but the whole idea of capturing our attention and directing it to the empty, banal, and sensationalistic stuff that draws our attention distracts us from more important things to pay attention to.”

Khanna agreed with Sandel that the business model of social media companies is a problem.

“The attention economy is universal,” he said. “The television competes for attention, newspapers compete for attention, but the difference — as you point out — is here the monetization of data from attention is what makes it so much worse.”

“Yeah, they want you to keep reading the New York Times or The Harvard Crimson, but they’re not taking more and more of your data, the more time you spend,” Khanna added.

Khanna said that the lack of representation of minority communities in “the people who are writing the checks” is an “enormous issue.”

“It was easy for people in Silicon Valley to march against the brutality of George Floyd, which was thousands of miles away,” Khanna said. “It’s much harder to march about greater inclusion, about practices within these tech companies in the generation of wealth.”

In an interview prior to the forum, Khanna said he thinks student debt will be canceled and a climate deal can be reached before the end of the year.

To get climate legislation done, Khanna said he has advocated for letting Senator Joe Manchin (D-W.Va.) “have the pen.”

“We’ve got to cut a deal with Machin and get that done,” he said. “This is our chance.”