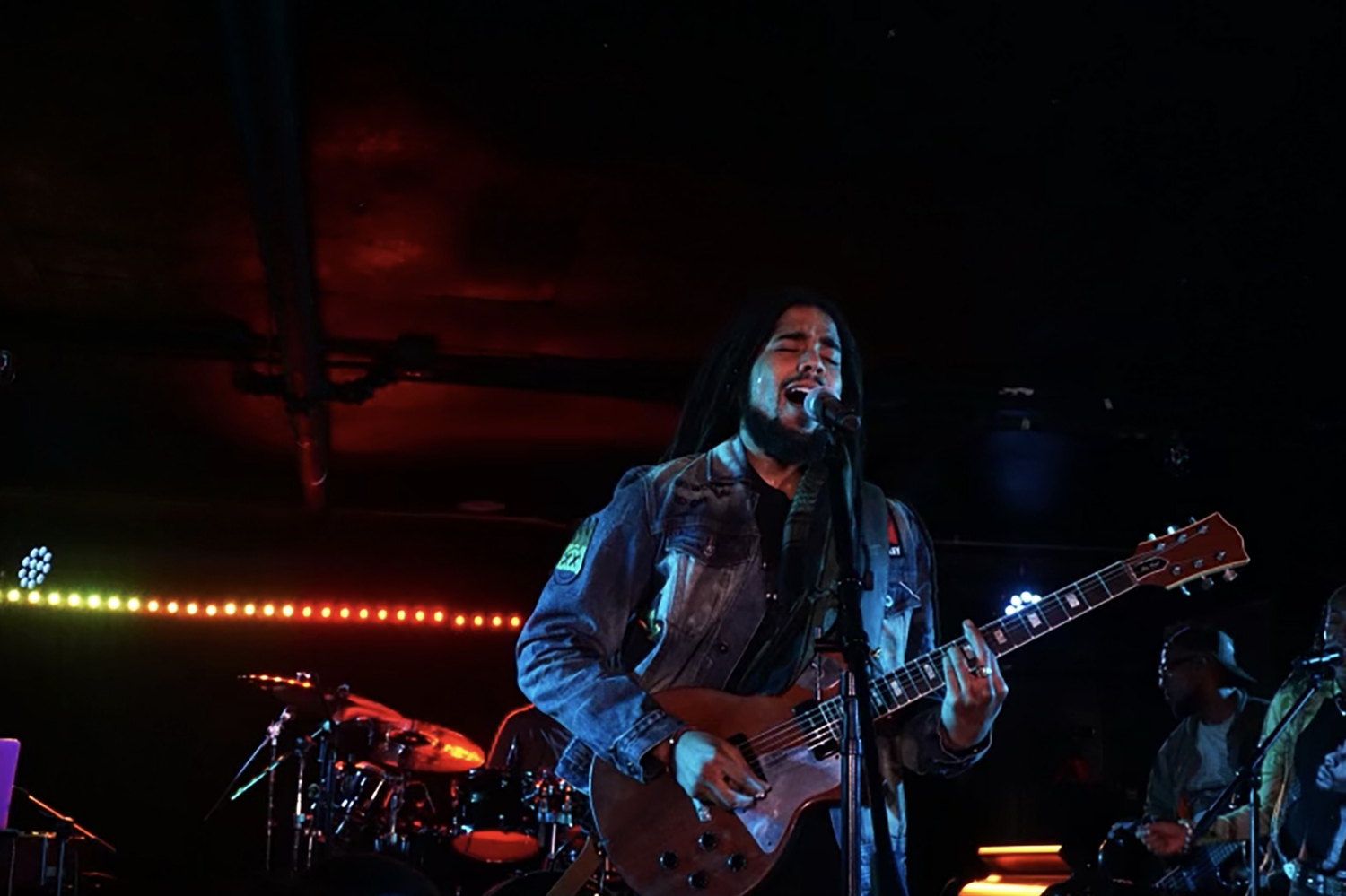 In a backstage interview with The Harvard Crimson, Skip Marley made sure to give his fans a crucial reminder: “We can start a revolution, liberate. I’m talking freedom. We know the way.” Marley visited the Middle East Downstairs on a national tour supporting his latest release, “Vibe,” featuring Popcaan.

The 25-year old grandson of reggae pioneer and international cultural icon Bob Marley, Skip is part of an emerging third generation of Marley music. Rich with messages of unity, freedom, and love, he is here to show listeners the way.

“My grandfather's words sent me upon a mission, kinda like a responsibility as a next generation Marley,” he said. “It goes hand in hand with what [my family and I] are doing, you know? To show love and spread love and teach love. I really try to unify, not separate. That’s really our thing… We really try to bring people together.”

According to Marley, he knew music was his destined path ever since childhood, when he began performing at 13. “Music was always what I saw,” he said. “But my uncle was the one that saw it in me. He was the one that gave me the opportunity. When I was around 13-years-old, he brought me on stage to sing ‘One Love’ with him, and ever since then it’s really just like the music just takes over, you know?”

Marley made his debut as a recording artist in 2016, releasing the critically-acclaimed single “Cry to Me” in both Spanish and English. Since then, he has released various styles of music, some transcending the reggae categories altogether.

When asked what inspires him he said, without skipping a beat, “Life. What I go through, what I’ve seen, what I’ve heard. Spirituality and life and physicality. Sunlight, even, can inspire me.” To clarify, he added “It’s really the Almighty, or whatever you may call him. The spirit … Sometimes we get too heady-heady, too clouded in our own minds. I just let it be; just let it flow, so I says. I follow my feeling and go with the flow.”

Indeed, free flowing, personally meaningful music is part of the Marley legacy. “Straight from the soul kinda music, that’s what I love,” Marley said. “Soul music, where it touches your heart, makes you feel something more … it's within us. It's there for us to listen to, you know.” He cited his grandfather as a clear influence and example to follow.

Though grounded in a reggae tradition, Marley lists various other influences as crucial to his music-making. From the music of his childhood, he listed Sade, BB King, Jimi Hendrix, and Sting as favorites, while also acknowledging foundational reggae artists such as Burning Spear and Third World as inspirations.

Marley, though, has a vision of music without limits. “When it comes to my thing, I don’t really put up no borders or barriers,” he said. “My thing is just music; it doesn't really have no box. My thing is just free. Free like we wanna be.”

At the end of the day, though, for Marley, music has been and will always be about making people happy. “What do I see for myself? Well, well, it's not about myself. It's about the music,” he said. “The music will just grow and keep reaching, but I’m just tryna inspire people and spread positivity day in and day out. … It’s a choice to spread love or hate. It's a choice every day.”

It’s clear that Skip Marley’s choice to spread positivity through his music and performances is a conscious one, and his listeners are all better off for it.