MBTA to Replace Route 71 and 73 Trolley Buses Next Week 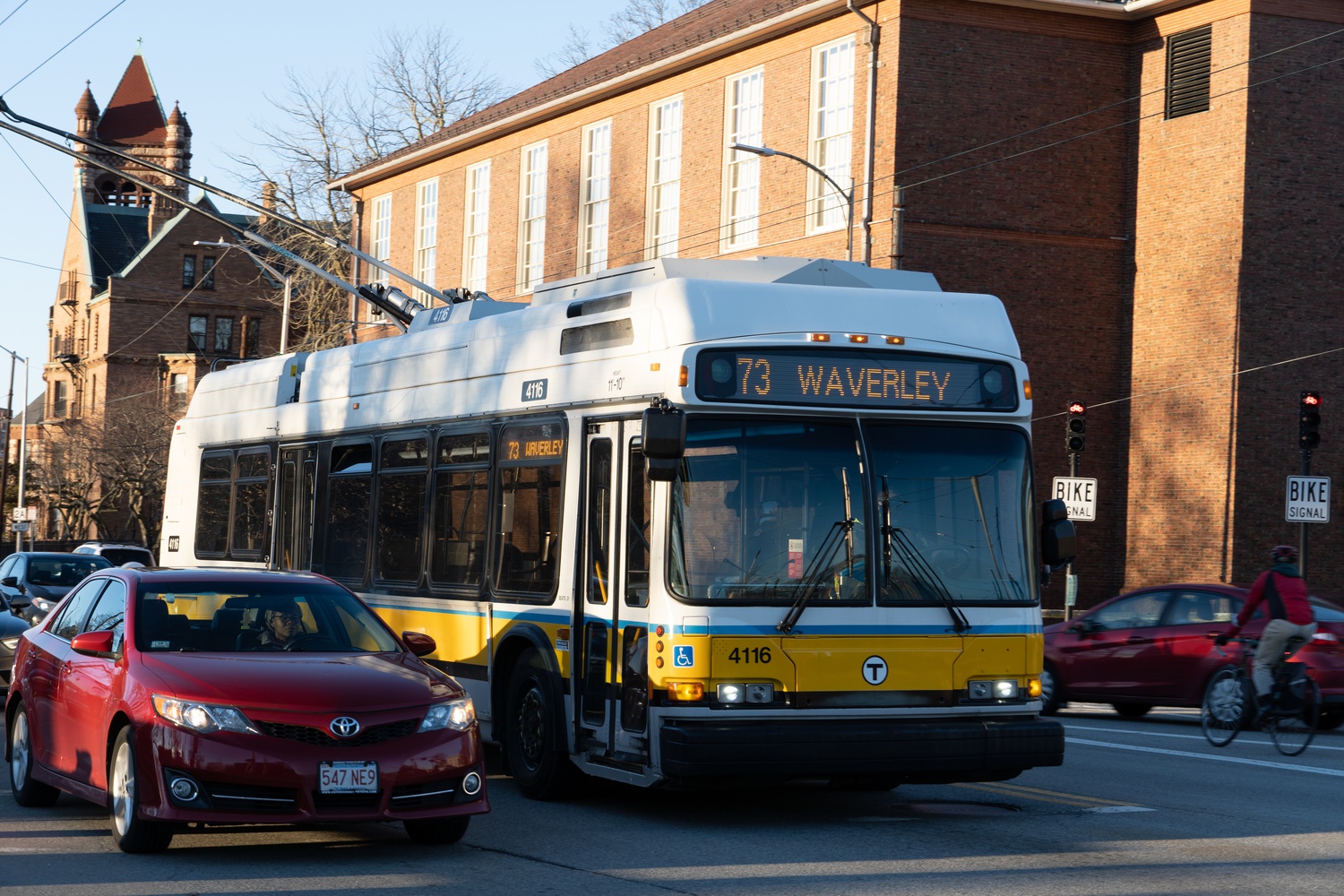 The Massachusetts Bay Transportation Authority will replace the Route 71 and 73 trolley buses with diesel-hybrid buses beginning next week, until a fleet of battery-electric buses permanently takes their place in two years.

According to an announcement published by the MBTA in January, the switch to the diesel-hybrid buses on Routes 71 and 73 — the only remaining trolley bus routes in Cambridge — comes as five roadway projects are set to break ground this spring along the routes.

“That’s something that happens from time to time with big projects along these routes and happens all the time for unplanned detours or minor roadwork,” said Scott Hamwey, director of the MBTA’s bus modernization program.

“These are a number of longer duration projects that collectively will require us to run the service with a different vehicle for five and a half years,” he added.

According to Hamwey, the timing of the replacement is ideal considering the age of the current trolley buses.

“These trolley buses are already our oldest buses in the fleet. They’re 18 years old, and they’d be 23, 24 years old when these roadway projects were done,” Hamwey said. “That’s well beyond the normal 15 year lifespan that we try to retire our buses within.”

Hamwey added that decommissioning the trolley buses in order to accommodate the roadway projects fits into the MBTA’s long-term initiative to transition to a fully electric fleet by 2040.

“Instead of five and a half years of diesel service, we’re trying to move as quickly as we can so that we can get battery-electric buses on these routes by March of 2024,” Hamwey said.

According to an MBTA announcement, they will be phased into use by 2024.

According to Hamwey, removing the trolley buses from service and disassembling the overhead electric catenary lines provides greater flexibility for the MBTA’s service.

“When there’s a disruption on the Red Line, or there’s a construction project on the Red Line, we’ll pull buses from around the system,” Hamwey said. “We’re obviously not able to do that with the electric trolley buses because they’re wedded to the corridors that the catenary system are on.”

According to Hamwey, the replacement of the trolley buses will also simplify the considerations Cambridge faces when developing new roadway projects — including bike lanes.

“The infrastructure that supports these buses by itself kind of creates something that has to be worked around,” he said, referring to the trolley bus wire system.