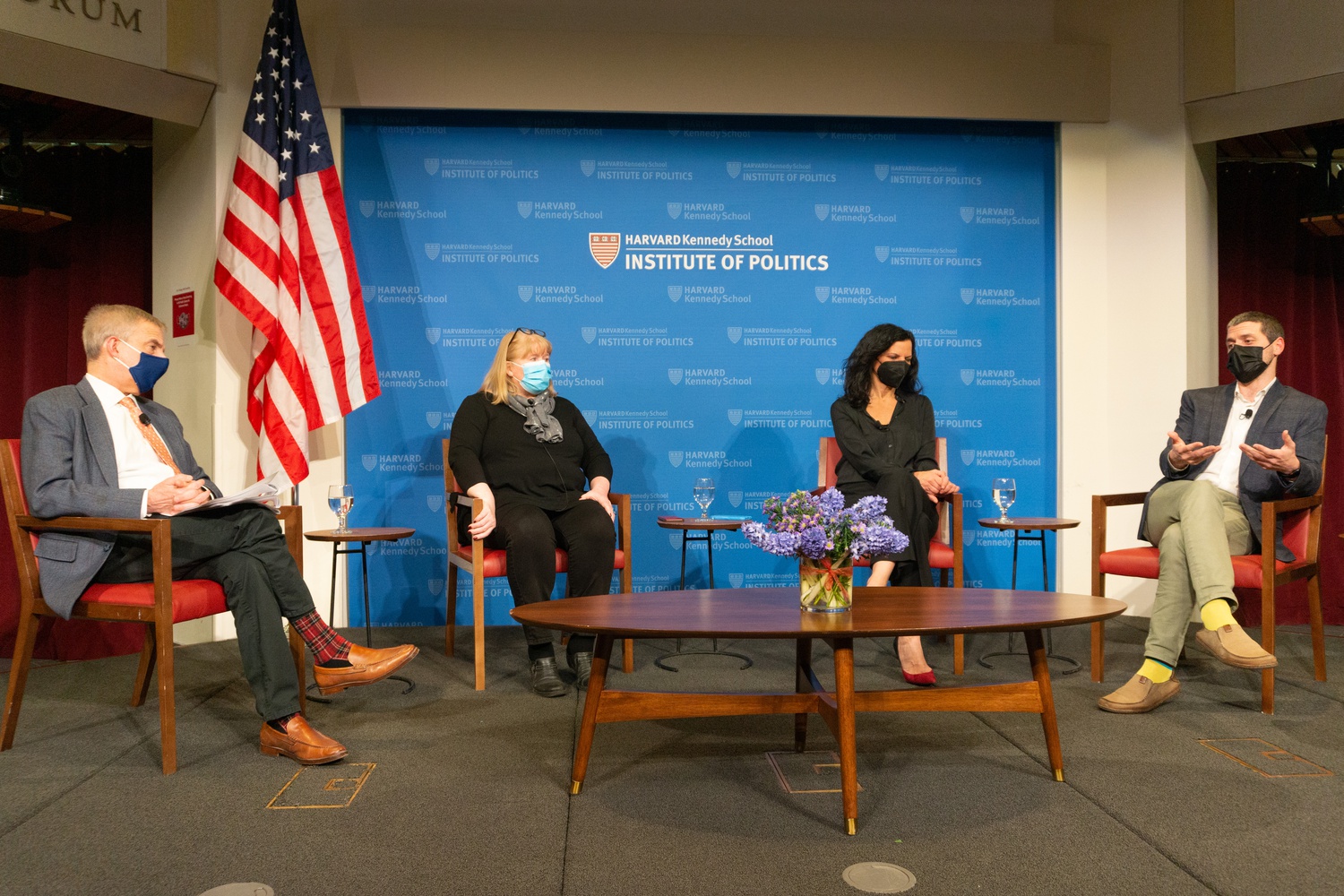 A day after it hosted its most-attended forum since the start of the pandemic, Harvard’s Institute of Politics welcomed back the panelists of its last pre-pandemic forum to discuss the current state of Covid-19.

Mina said the world is “on the off-ramp” of the pandemic, thanks to high infection and vaccination rates that have allowed the world to accumulate “immunological memory.”

“That’s the only direction we were ever going to get for this virus,” he said. “I think we knew that by middle of January of 2020, that this virus was with us for the long term.”

“There was nothing that could make it go extinct at this point,” he added.

Branswell agreed that the development of immunity has changed the nature of the pandemic.

Despite his generally hopeful outlook, Mina was highly critical of President Joe Biden’s response to Covid-19.

“I think it's been largely a failure over the year,” he said. “Relative to the expectations and relative to the runway that the Biden administration had to make things better.”

Mina lamented the reality of vaccine inequity and said widespread distribution is likely not a priority for many people.

“I think we have a responsibility to the world, but I don't know that everyone agrees with that,” he said. “We can’t even get universal healthcare to Americans, no less actually make real impact to get products that are life-saving out to the rest of the world.”

Branswell warned the world is not out of the woods yet and that it is possible more variants of Covid-19 will emerge in the near future.

“I think we should assume that we haven’t seen the last of them,” she said. “There would be no reason to think that we have.”

Future winters may bring particular challenges, according to Branswell.

“I think we should anticipate that potentially the first few winters of Covid are going to be really bumpy,” she said. “And maybe next winter won’t be, but that doesn't mean the winter of 2024 won’t have some surprises for us.”

Mina also addressed his resignation last November from Harvard Medical School and the Harvard School of Public Health, saying he “burned out,” which he attributed to a lack of support from the University.

“A large part of it is because this school does not resource junior faculty particularly well,” he said. “At a time when I was advising everyone — from both administrations, to governors across the U.S., to international governments — it was very hard for me to get somebody to help schedule my calendar.”

University spokesperson Jason A. Newton declined to comment on Mina’s criticisms of the University.