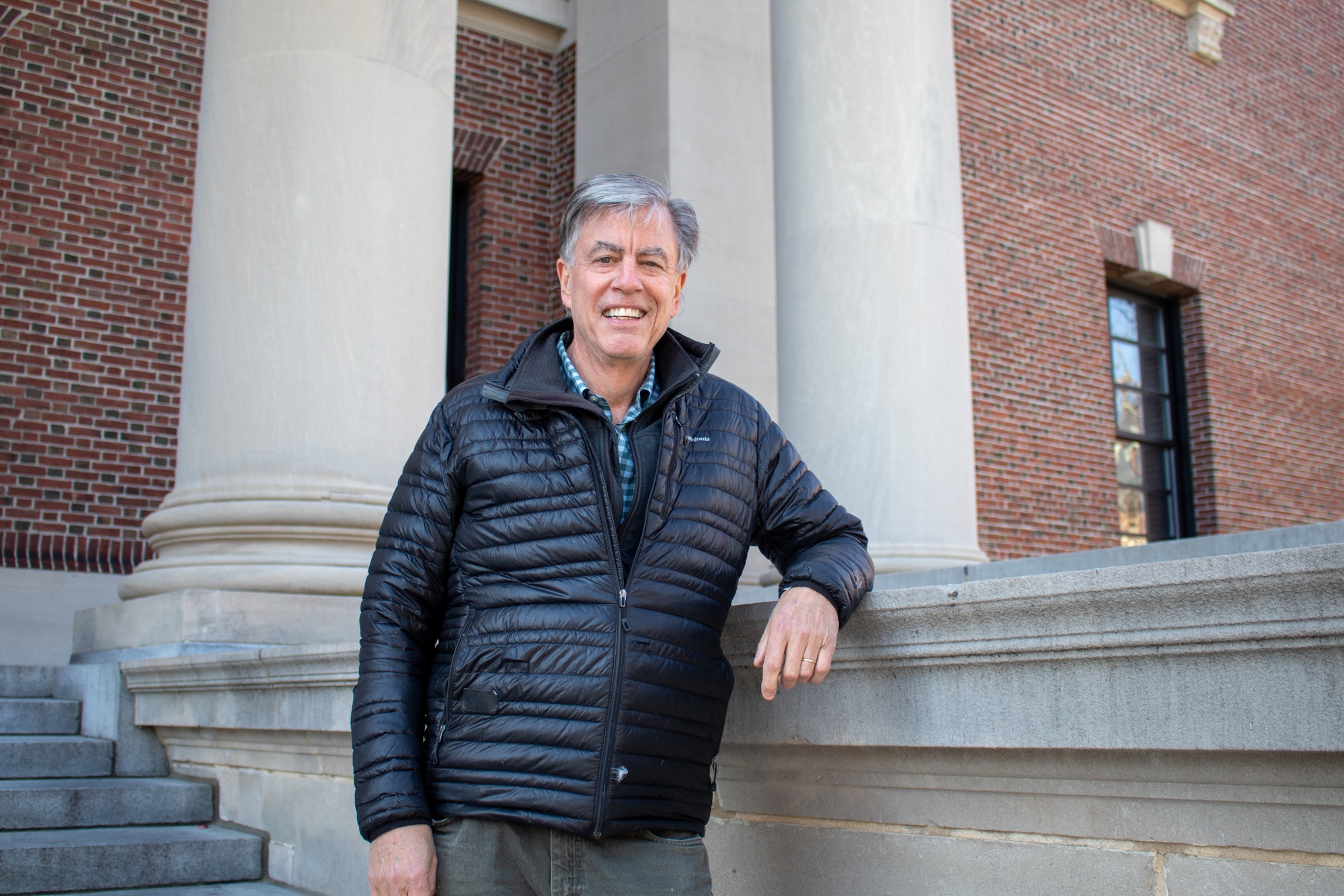 How David Foster Grew the Harvard Forest to New Heights

The forest, Foster says, “is one of those kinds of resources that no other university has, so it’s something that Harvard should really cherish.”
By Sage S. Lattman

David R. Foster has always felt a connection to trees, and it isn’t just because his last name is an anagram of “forest.”

Foster developed a deep interest in nature while growing up in rural Connecticut. He continued to pursue this passion throughout college, studying botany and even building a log cabin in Vermont. In graduate school, he did field work in Northern Labrador, Canada, and earned a Ph.D in ecology. In 1983, he started teaching courses as an assistant professor in Cambridge and worked full-time at the Harvard Forest, where he eventually became the director for 30 years, from 1990 to 2020.

The 4,000 acre Harvard Forest is located in the secluded woods of Petersham, Mass., 65 miles from Cambridge and has served as a field laboratory and research center for the University since its founding in 1907. Ecologists live and conduct research on-site; their projects range from cataloging New England’s lush biodiversity to exploring the impact of climate change on Northeastern woodlands. The forest, Foster says, “is one of those kinds of resources that no other university has, so it’s something that Harvard should really cherish.”

Under Foster’s tenure as director, the forest became more deeply rooted in its original mission to study and conserve New England’s flora and fauna. Foster also pushed the forest to branch out, expanding its reach within the University by encouraging students across disciplines to come interact with it.

When Foster started working at Harvard, the forest was undergoing a period of transition. At its founding, when the land was donated to the University by James W. Brooks, it was meant as a site for research. But by the 1980s, most ecologists working at the forest were doing research that was not specific to the site itself. “It was excellent science, but it could just as easily have been conducted in Cambridge,” Foster says.

As a result, during Foster’s second year at the forest, he learned that he might have to move from Petersham to Cambridge. The then-director announced that the forest would no longer be an active base for faculty, as it had been for the past seven decades, and would transition to a satellite research site instead.

“That was a devastating announcement to hear,” Foster says.

But just in time, the forest received a grant from the National Science Foundation’s Long Term Ecological Research Program, which allowed the forest to stay open as a key location for field work.

Foster says that the forest aims to have a “science to action orientation.” In 2005, Foster helped create the Wildlands and Woodlands program. It aims to preserve 70 percent of New England as forests and seven percent as farmland, which provide New Englanders with recreational spaces as well as clean air and water. The program, he says, “is shaping land conservation and land management and policy decisions all across the region.”

The best way to translate research into tangible impact, Foster believes, is to encourage cross-disciplinary work with other departments at the University. “Ecology is the interaction of people and nature,” Foster says. “And so you need to have people who study physical processes and biological processes, and social and cultural processes.”

Foster has encouraged these interdisciplinary partnerships through the forest’s educational programs for undergraduates. The Harvard Forest’s summer internship program — which only had one participant when Foster launched it in 1985 — now hosts up to 35 undergraduates at the forest each summer. Foster also teaches a freshman seminar where first-years spend around four weekends during their fall semester at the forest.

The forest’s pedagogical mission has become even more urgent as the threat of climate change looms larger. It’s become “increasingly obvious” that nature conservation is “absolutely essential to the future of the world,” Foster says.

Since stepping down from the Harvard Forest directorship two years ago, Foster has continued to teach in the Organismic and Evolutionary Biology department. Once he retires, he plans to move with his wife to Martha’s Vineyard, a place he “fell in love with” while doing research there in the early ’90s.

Foster is modest about the legacy he’s leaving behind at the forest. Its success, he says, “really has nothing to do with me. It was the right time. From the ’80s to the present, and especially now, society has realized how important nature is.”