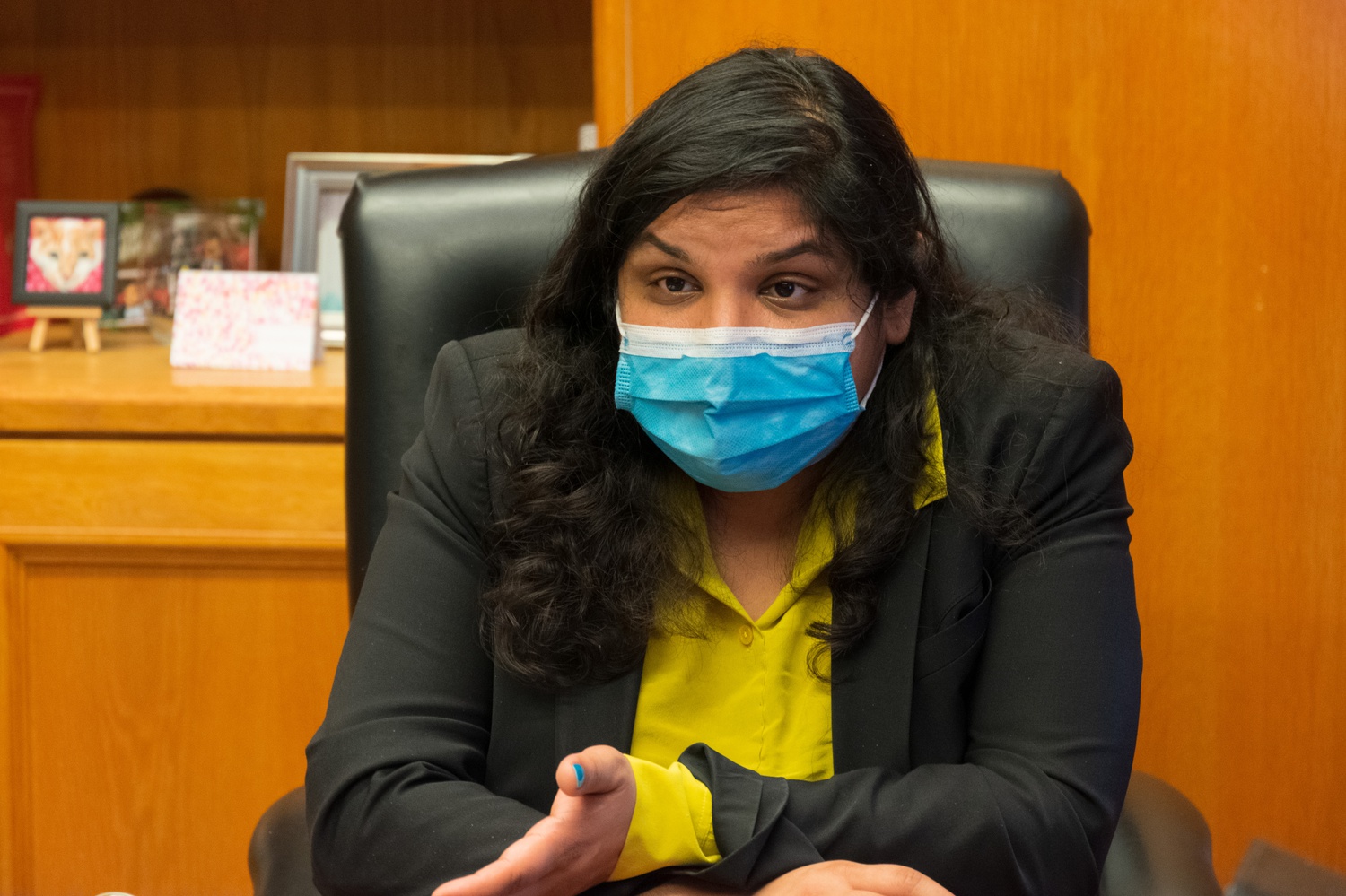 With her second term well underway, Cambridge Mayor Sumbul Siddiqui said in a Thursday interview that she hopes to break out of the mold of “pandemic mayor.”

After serving two years on the Cambridge City Council, Siddiqui was sworn into her first term as mayor in January 2020 — a term that was largely defined by Cambridge’s response to the Covid-19 pandemic. Siddiqui was unanimously elected to a second term by the Council, becoming the first female mayor in Cambridge history to serve two consecutive terms.

“When the term started, it felt like déjà vu,” Siddiqui said, referring to the spread of the Omicron variant. “It really did feel like, ‘Oh my God, is this going to be another term as pandemic mayor?’”

Siddiqui touted Cambridge RISE — a guaranteed income pilot program she helped launch — as a pandemic-era policy worth continuing and expanding.

Shde also said the pandemic created a greater sense of urgency for responding to inequities in education.

“We can look at universal pre-K and the importance of that, and how so much has been exacerbated by the pandemic,” she said. “What is different is that urgency is there.”

When the plan for universal pre-K in Cambridge was unveiled last month, some members of the Council and School Committee argued that the timeline for implementation was too long. Siddiqui agreed but noted the difficulties of expediting the policy’s implementation.

“I think it’s going to really take a lot of momentum from the schools and the city,” she said.

Siddiqui also said she is heartened by her office’s partnership with Lesley University to pilot an early college program for Cambridge Rindge and Latin School students. The first cohort in this program, composed of 48 students, began taking classes at Lesley in January.

In addition to prioritizing educational opportunities, Siddiqui also said she looks forward to refining plans for a fare-free bus pilot.

“We saw during the pandemic why and who [needs] public transit and building on what Boston is doing, really showing that bus and transit can be free,” she said. “It’s an equity issue, but it also goes back to a lot of environmental justice, environmental sustainability goals.”

“There’s so many people like him,” Siddiqui added. “I think we should make it free for them and then, you know, free for everyone.”

One of the major issues currently facing the Council is its search for Cambridge’s next city manager, the most influential government post in the city. The current city manager, Louis A. DePasquale, will retire in July.

With the search still ongoing, some councilors have called for the Council to take a bigger role in duties traditionally reserved for the manager, such as the preparation of the city budget.

Siddiqui said she is waiting to hear the conclusions of a charter commission tasked with reevaluating the relationship between the city manager and the Council before taking a firm position. Still, she said the Council could have “more of a role” in some areas.

“The relationship with the city manager and the Council — how can it be changed?” Siddiqui said. “I think, really, it’s for the commission to decide.”

The Council recently released a “leadership profile” for potential candidates and plans to appoint a new manager in the summer.

“We want someone who can really look to the future,” Siddiqui said. “Think about how we expand affordable housing, how we improve transportation infrastructure.”

“The greatest challenge [for the next manager] will be, how do we move the needle in these areas as quickly as possible?” Siddiqui added.

Siddiqui, who grew up in Cambridge affordable housing, said her personal experience informs her desire for more affordable development in the city.

“My priority is to have more affordable housing in Cambridge, and how we do that, I don’t necessarily care for the details,” Siddiqui said. “I know the benefits, no matter what it looks like, and however tall it is.”