Cambridge to Distribute New Trash Carts to All Residents in June 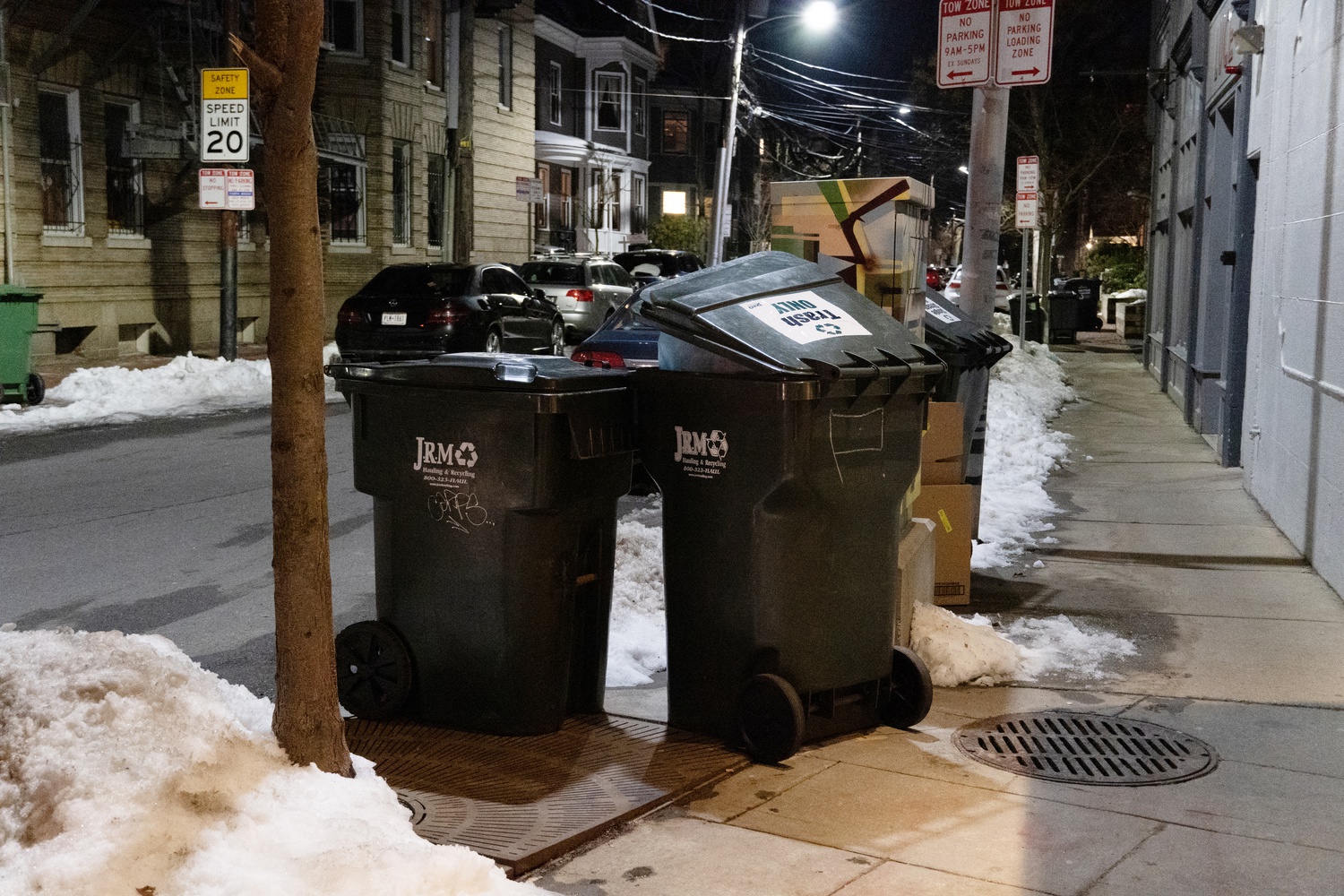 The city will distribute new trash carts to “all buildings where the City collects their trash” in June to replace residents’ current trash barrels, it announced last month.

According to the announcement, the goals of the initiative are trifold — controlling the city’s rodent problem, easing the lifting burden on trash collection staff, and improving “sidewalk accessibility.”

“Some municipalities provide trash carts, recycle carts, and other carts,” DPW Director of Recycling Michael Orr said in an interview. “Cambridge hasn’t, and one of the big impetuses for changing that is we want to do a better job of controlling rodents in the community.”

Roughly 45 percent of current trash barrels have holes in them, according to the city's announcement — "a sign of rodent activity.”

Daniel Riviello, who works in Cambridge’s Public Information Office, noted that many Cambridge residents may not realize that their current trash barrels are in poor condition.

“A lot of times barrels can be expensive for residents to buy, so they may go with cheaper options that aren’t as thick,” he said. “They may have gotten them years ago and don’t realize that they really need to be replaced to make sure that the lids are still closing tightly and that there’s no cracks in it or holes in it.”

However, the trash carts that will be distributed to residents are not “rodent resistant,” in contrast to the city’s compost carts.

“It’s really important that food waste not go in your trash — that it go in your compost bin,” Riviello said. “[Compost bins] are much more rodent resistant than any trash bin will be because they have a locking lid, there’s thick plastic, and it keeps the food separated from the trash.”

“We estimate somewhere between 40 and 50 percent of residents compost right now,” Orr said. “We definitely have some room for improvement with that.”

“These carts will have attached lids as opposed to detachable lids, which will help with just less stuff on the street during collections day,” Orr said.

The city plans to host two virtual sessions for residents to learn about the trash carts and composting and will send out a postcard with additional information in April.

“We’re planning on doing some outreach at libraries — maybe bring in the new trash carts that we’re going to be giving out and showing people what it looks like, how to use it,” Orr said.

The distribution initiative was well-received when proposed, according to Orr.

“I think everyone — all the way up to the city manager — was supportive of this, and we’re just very excited to get this off the ground,” he said.