‘The Tourist’ Review: A Wild Ride through the Outback 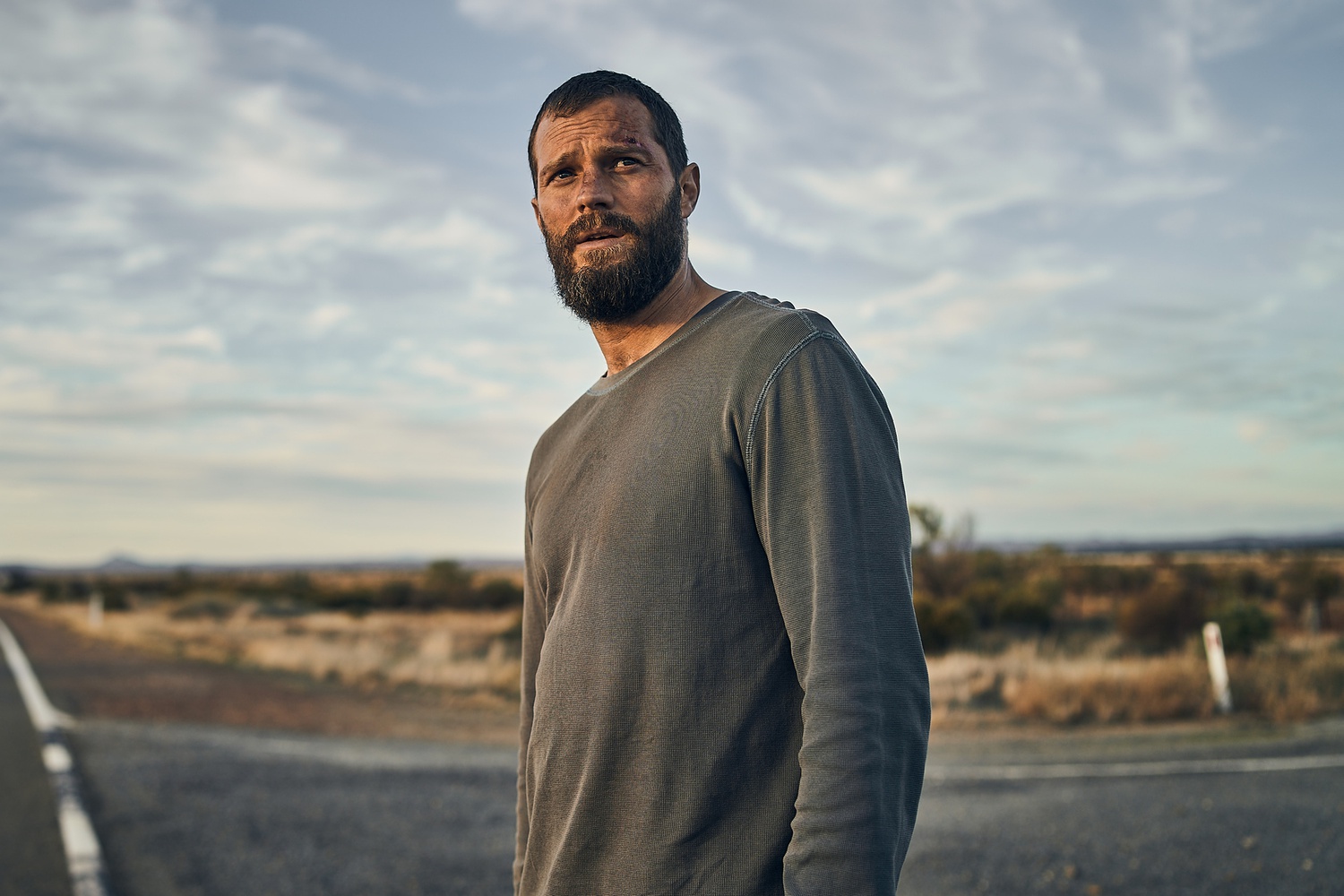 As promised by an opening scene in which a decrepit hatchback careens off-road through the Australian Outback so as to outmaneuver the 18-wheeler attempting to maul it, “The Tourist” will take you on a wild ride — so buckle up. The relentless twists and turns of this six-part series might result in some collateral damage, but the artful performances and macabre humor more than make up for a few plot holes along the way.

Originally released in the U.K. on New Year’s Day and available on HBO Max as of March 3, “The Tourist” follows an amnesiac (Jamie Dornan) who wakes up from a car crash to find himself at the center of a brutal manhunt. Incapable of recalling even basic knowledge about himself, The Man sets out on a desperate journey to piece together the mystery of who he is and why he’s in the middle of nowhere. As he traipses through the Outback with nothing but a Northern Irish accent and the clothes on his back, he finds friends in café waitress Luci Miller (Shalom Brune-Franklin) and Helen Chambers (Danielle Macdonald), the detective assigned to his case. But enemies lurk around every corner, and figuring out his true identity is made all the more difficult by the tenacious figures who, for some unknown reason, want him dead.

Viewers know just as much about The Man as he knows about himself, and the thrill of “The Tourist” is trying to solve the puzzle with him. As the episodes progress, each new revelation about The Man’s past raises more questions than it answers, and it quickly becomes clear that it’s not all pretty. Brothers Harry and Jack Williams, the show’s writers, have whipped up a jarring tale that often feels like one ongoing cliffhanger, with shocking discoveries that will keep viewers glued to the screen. Unfortunately, once everything has been presented, only a bit of scrutiny can easily expose the many inconsistencies in the finished narrative.

On top of some plot holes, the show also stumbles in its closeout. After a fantastically paced first half, the later chapters are comparatively overstuffed. This attempt to accomplish too much at once shows how “The Tourist” would have benefited from a simpler storyline that allowed for enough time to properly delve into the compelling plot points it often overlooks. Likewise, the script, which meditates on whether or not people can truly change, ends up stating its moral takeaway much too explicitly. Rather than letting the viewer grapple with the moral conundrum on their own, the concluding sequence borders on preaching while hitting its stance home.

In the end, however, “The Tourist” never actually falls to its shortcomings, buoyed by brilliant comedy and an exceptional performance from Dornan. The amnesiac antihero is nothing new, but the Williams brothers have taken a recycled trope and still managed to create a spectacle that appeases our inexhaustible appetite for fresh content. Part of this success is due to the genre-blending nature of the show. On top of electrifying action and genuinely touching moments of compassion — many of which are found in scenes shared with the warmhearted Helen Chambers — the series is simultaneously soaked in a subtly biting dark humor and the captivating ambiance of a classic Western.

The heavy content of “The Tourist” ultimately rests on the shoulders of its star, and Jamie Dornan bears the weight with artful skill. Dornan accomplishes the remarkably difficult task of capturing the nuances of a character whose tortured and complicated past exists only in his subconscious. Dornan is so effective that, as The Man learns more and more unsavory details about himself, it is difficult to choose where to place our own loyalties.

As the later episodes zoom out from a hyperfocus on The Man to a wider convoluted web of characters, the show loses its groove. Still, “The Tourist” is worth your time, even if just for its depiction of the Australian Outback, which takes on a role of its own. A fun mishmash of local oddballs and breathtaking wide-frame shots of the desert awash in a searing golden color palette are the finishing touches that complement the flashy car chases and staggering secrets of this ambitious show.