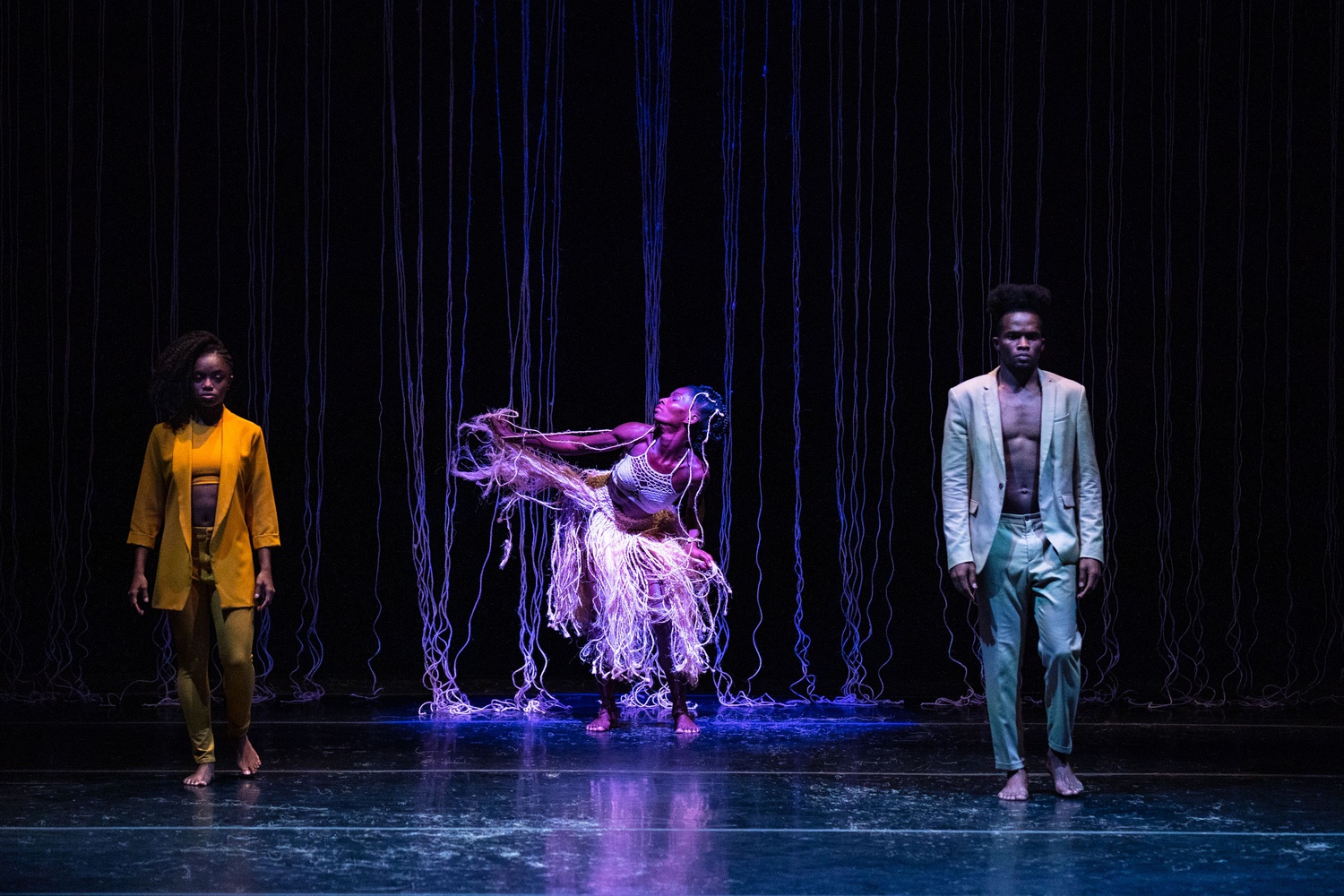 On Feb. 27, an eager assembly of student groups, friends, and families migrated from Tremont Street to the Boch Center Shubert Theatre, where a revolutionary performance was set to unfold. Colombian dance company Sankofa Danzafro’s “Accommodating Lie” was not a conventional dance concert, but rather a novel exploration of the Black body.

A year following the group’s digital dance anthology “Black Voices Boston,” Sankofa Danzafro returned to an in-person venue to present “Accommodating Lie.” The piece, choreographed by the group’s Artistic Director Rafael Palacios, revisited and reimagined the existence of Black bodies by presenting Colombia’s slave trade and consequential seizure of Black identity through the struggle of Black Colombians. The performances ran from Feb. 26 to Feb. 27.

Throughout the performance, the stage remained nearly barren, save for three Colombian musicians and long rope-like raffia tendrils which hung from the rafters and reflected rich stage lights. In solos, pairs, and full-ensemble, the seven Afro-Colombian members of Sankofa Danzafro emerged from the curtains to dance. Alternating between contemplative movements and passionate bursts of energy, the dancers manipulated every inch of their bodies to synchronize them with complex Colombian drumming rhythms.

“As soon as I sat down and saw it, I was breathing [heavily],” said audience member Claudia A. Foxtree of the performance. “It was like my body was going through the motions. I knew I was sitting, but it was almost like when you see a rollercoaster on a video and you know you’re going to go down — your stomach is in your throat.” 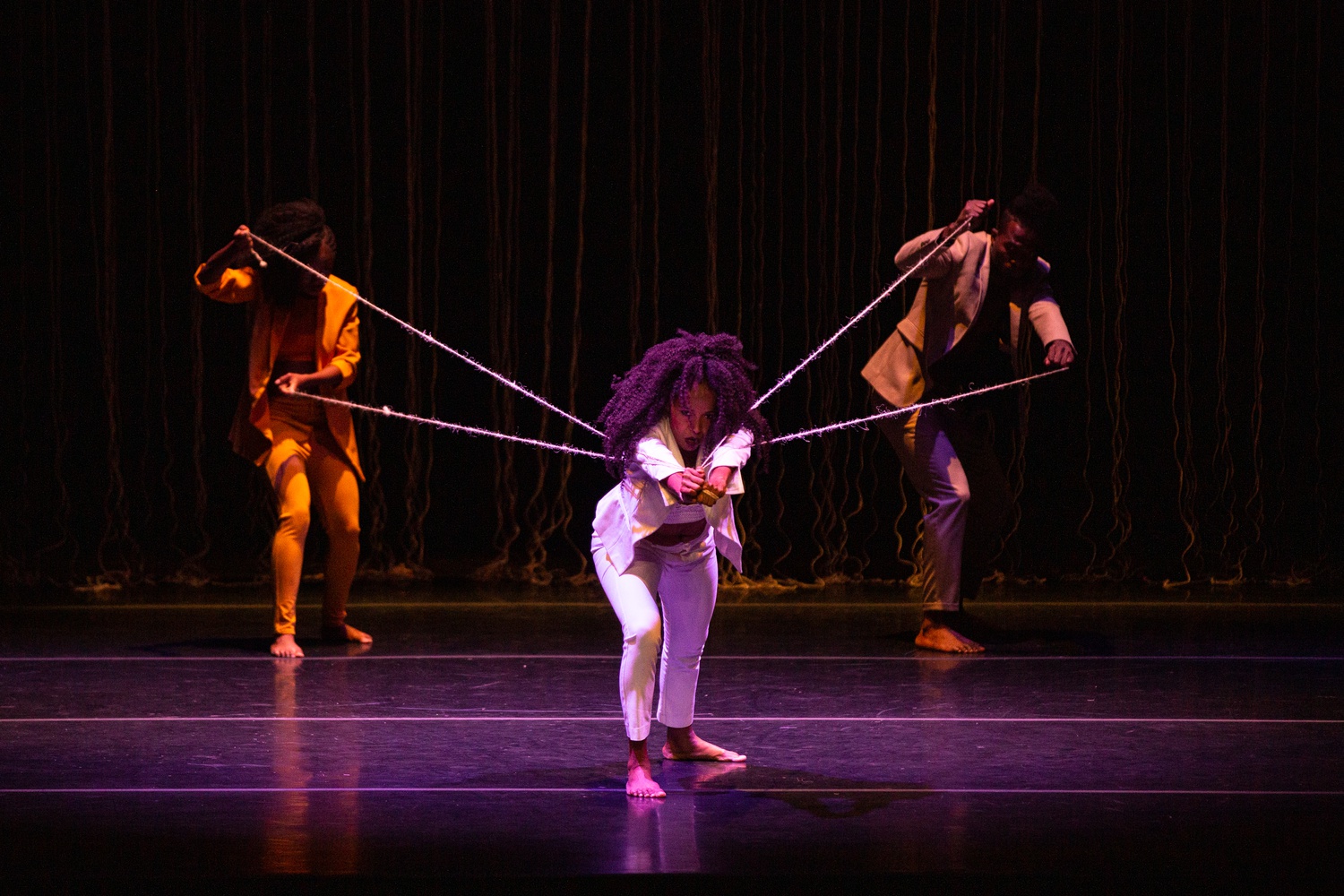 Yndira Perea Cuesta pulls against rope handcuffs held by other dancers during “Accommodating Lie.” By Courtesy of Robert Torres

Palacios, drawing from his own South American roots, choreographed a series of corporal vignettes in which the dancers literally and figuratively struggle against enslavement, racism, and the exotification of their figures. By sweeping the stage in rope-cuffed hands in order to wear the ropes themselves, Sankofa Danzafro shared a complicated history with observers. Audience member Elizabeth B. Hamlin felt she left the theater exposed to an unfamiliar history.

Similarly, Foxtree found the nature of the group’s movement a compelling narrative device throughout the piece.

“The fast movements, the slow movements: It was very, at points, meditative. I was lost in the slow motion,” said Foxtree. “There were points where it felt like escape and fear and running. And then, there were pieces of letting go and performing, not that it was done happily at all.” 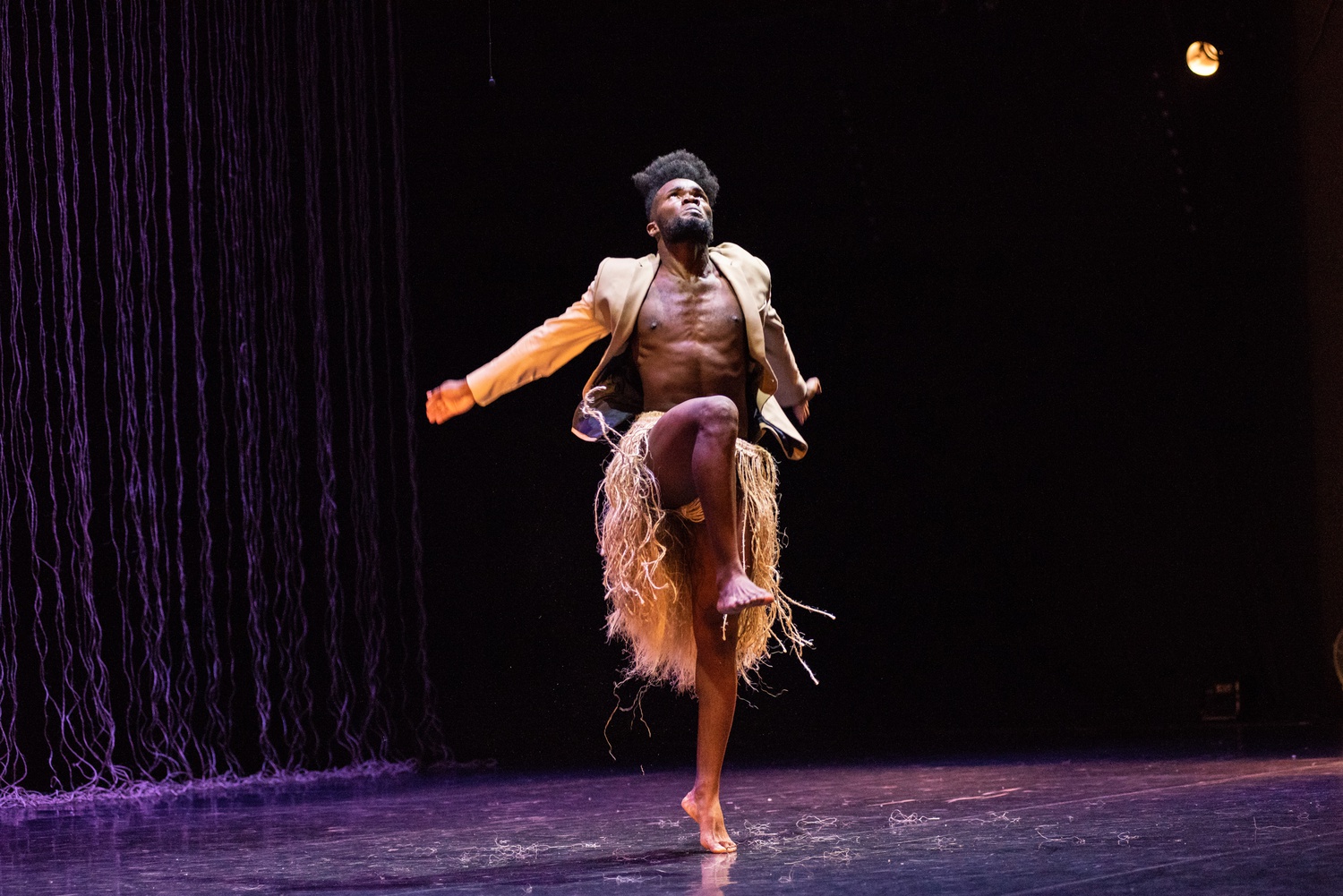 Along with energetic movement, “Accommodating Lie” placed emphasis on a forced cultural dimorphism. Dancers performed in exposing suits, rope-sewn clothing, or a combination of both. The three musicians, who often supplied their vocals to the production, performed a mock slave auction with dancers wearing suits of the ‘New World.’

“At the end of the last dance, one of the gentlemen, you could actually see his heart beating as how hard he was working through the suit,” said Hamblin. “You could see that conformity plus the contradiction.”

Natalie Syrion, an audience member with Puerto Rican roots, picked up on the blend of cultures on stage.

The word “sankofa” comes from the Akan people of West Africa and serves as the namesake of the group. “Sankofa”, in African tradition, represents the philosophy and spiritual nature of understanding the past to know the future. “Accommodating Lie” was presented not by linear storytelling but rather by an examination of various situations and stereotypes. 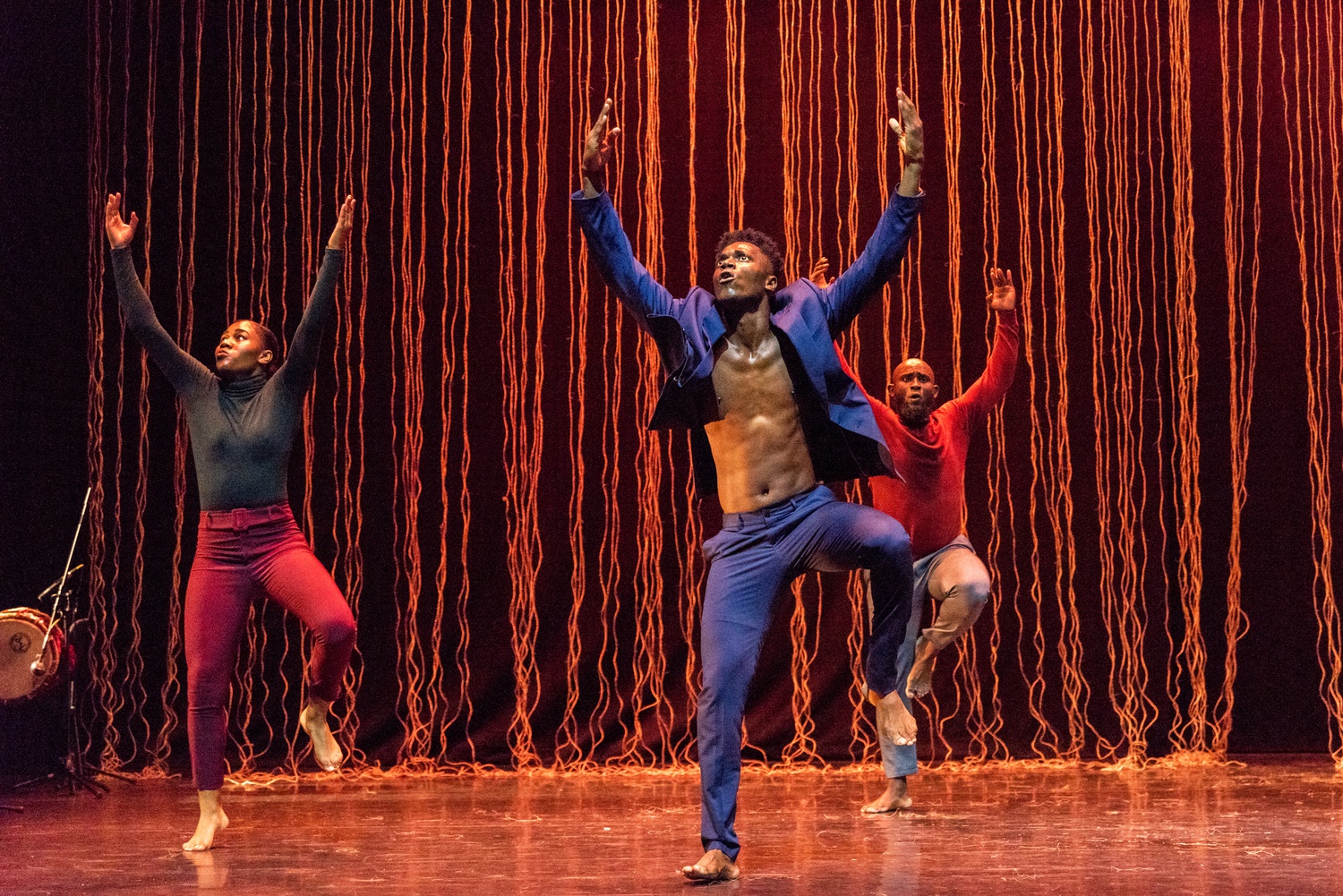 Members of Sankofa Danzafro in “Accommodating Lie.” By Courtesy of Elsie Mgmt

Napoleon Jones-Henderson, local visual artist and performer in “Black Voices Boston,” was in attendance at each performance that weekend, lauding the totality of the performance’s representation of identity and spirit.

“The truth is an extraordinary truth,” said Jones-Henderson “They really are about uplifting spiritually and aesthetically the whole sacrednicity [sic] of African people. To be able to absorb their energy and spirit for three days in a row was just extraordinary.”

“All the [music, dance, and costumes are] drawing upon the authenticity of African culture,” said Jones-Henderson. “The drums were a part of that. The clothing — the costume so to speak — were a part of that sound, the music, all of that is the voice of the spiritual world.

“Accommodating Lie” acts as the first installment of Celebrity Series of Boston’s project, “The Movement Series.” The second part of the series is Marc Bamuthi Joseph’s multimedia production, “The Just and the Blind” which runs from April 1 to April 2 at the Emerson Paramount Center. The final installment by the Alvin Ailey American Dance Theater will be presented at the Boch Center Wang Theater from April 28 to May 1.