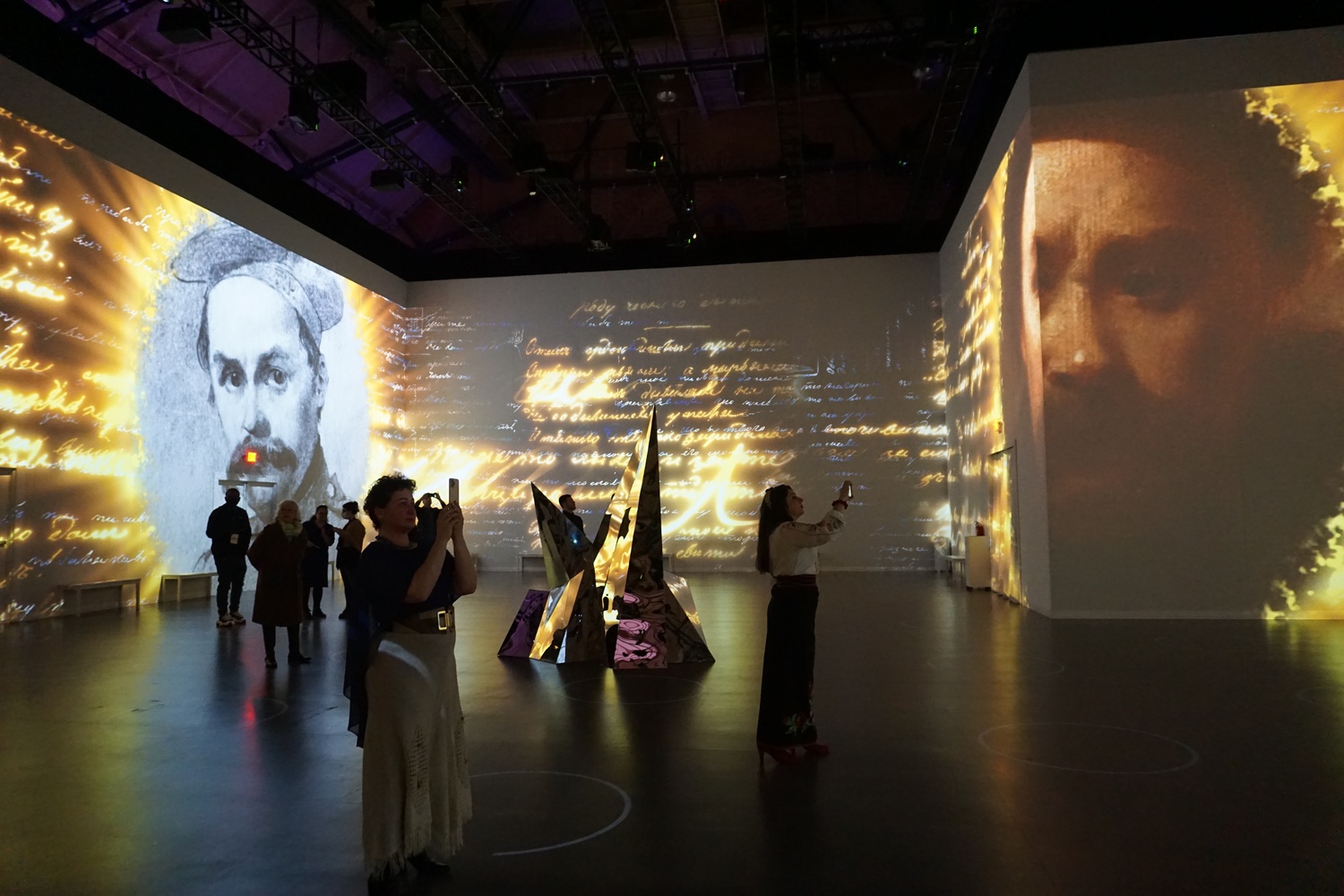 The Russian invasion of Ukraine has impacted artists in myriad ways. For the Ukraine-based team at Lighthouse Immersive — an innovative multimedia curation company — feelings of helplessness translated into an urgency to help the Ukrainian people through their platform. Only two weeks after the first bombs struck Kiev, they premiered the U.S. production of the Immersive Shevchenko: Soul Of Ukraine exhibit. With shows in Boston, Chicago, Denver, Los Angeles, San Francisco, and Toronto, the exhibition had raised $150,000 before it even premiered. All of their proceeds will go to the National Bank of Ukraine and the Red Cross foundations.

Taras Shevchenko (March 9, 1814 – March 10, 1861) was a pioneer of Ukrainian nationalism in the fine arts. A jack of all trades, Shevchenko introduced his study of folklore to Ukrainian poetry, painting, or spiritual literature. Born into serfdom, Shevchenko remained, in some respects, a slave to the Russian Tsarist oppression throughout his life — although he was freed in 1838, Shevchenko’s artistic career would leave a target on his back for the rest of his life. His creativity reflected this; themes of Ukrainian liberation from Russian socio-political corruption became a Shevchenko trademark.

Although he lived as an exiled outcast, Shevchenko was immortalized through his art. His legacy is honored in places like the National Museum of Taras Shevchenko in Kiev, which works to preserve his works through events like the Nazi invasion in 1941, when workers of the museum hid away valuable art from German invadors. Now, almost one hundred years after Hitler’s invasion jeopardized the safety of the art preserved there, the exact same containers are being used to shield Shevchenko’s artwork from the invading Russian military forces. 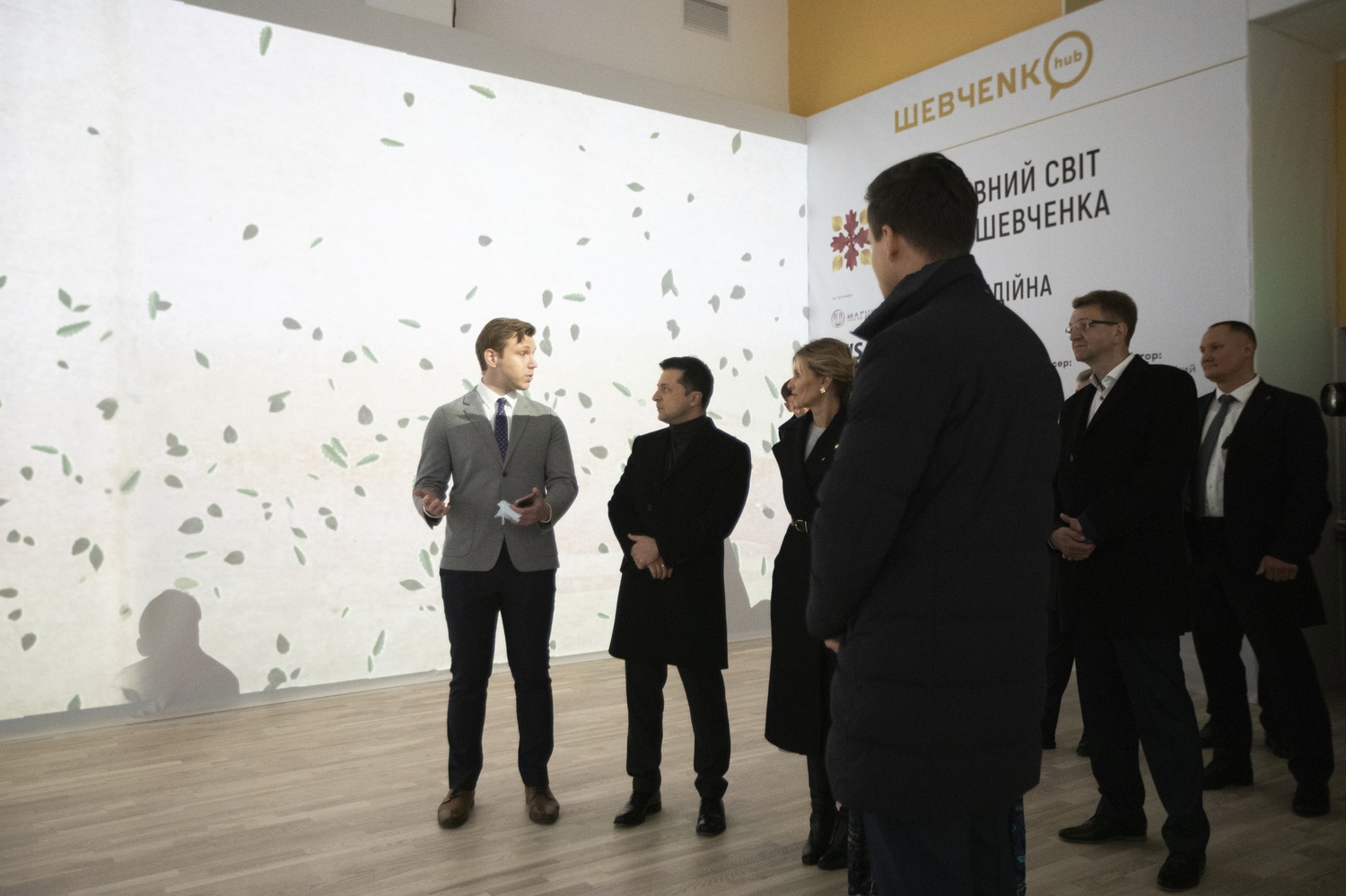 The multi-sensory and all-encompassing Shevchenko exhibit accomplishes what it set out to do: translate the experience of Shevchenko’s vast oeuvre of masterpieces into the here and now in ways people all over the world can relate to and interact with. Between the effective surround-sound system, the dynamic lighting, and the expansive display, each aspect of the room is designed to envelop the gallery-goers and inspire their imagination.

Choreographed to the backdrop of Ukrainian choral music, the entire scene resonates with the emotionality of Shevchenko’s artwork. 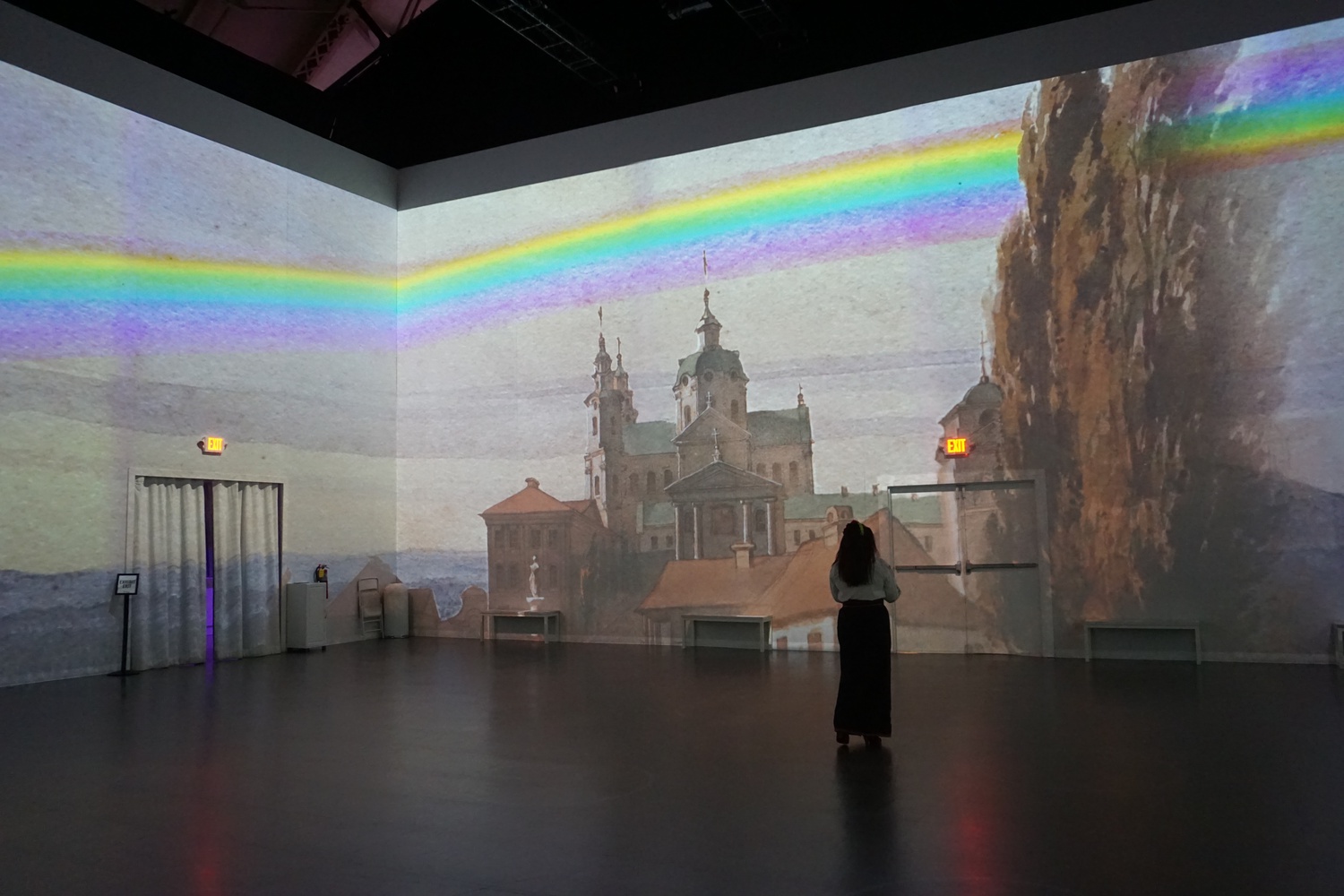 Not only was it the technology that made the art move in realistic ways — clouds whirling with the wind, birds flying among them — even faces came to life with smiles and frowns. In this way, the audience could track the animated eye movements of figures like Bathsheba in Shevchenko’s painting “Bathsheba” or even gaze into the eyes of Shevchenko himself, in works like “Portrait de l'artiste.” As the leaves scatter around, sound effects of wind blowing invite the viewer to pace from corner to corner, engaging in the accessible mobility of the art around themself.

The beauty of the immersive exhibit is that the artwork circles the audience, making them the focal point. The result is that for the entirety of the 15-minute show, the exhibit entices all senses and transports the audience directly into the art. As soon as the lights dim and the paintings come to life, one feels as if Shevchenko himself is in the room.