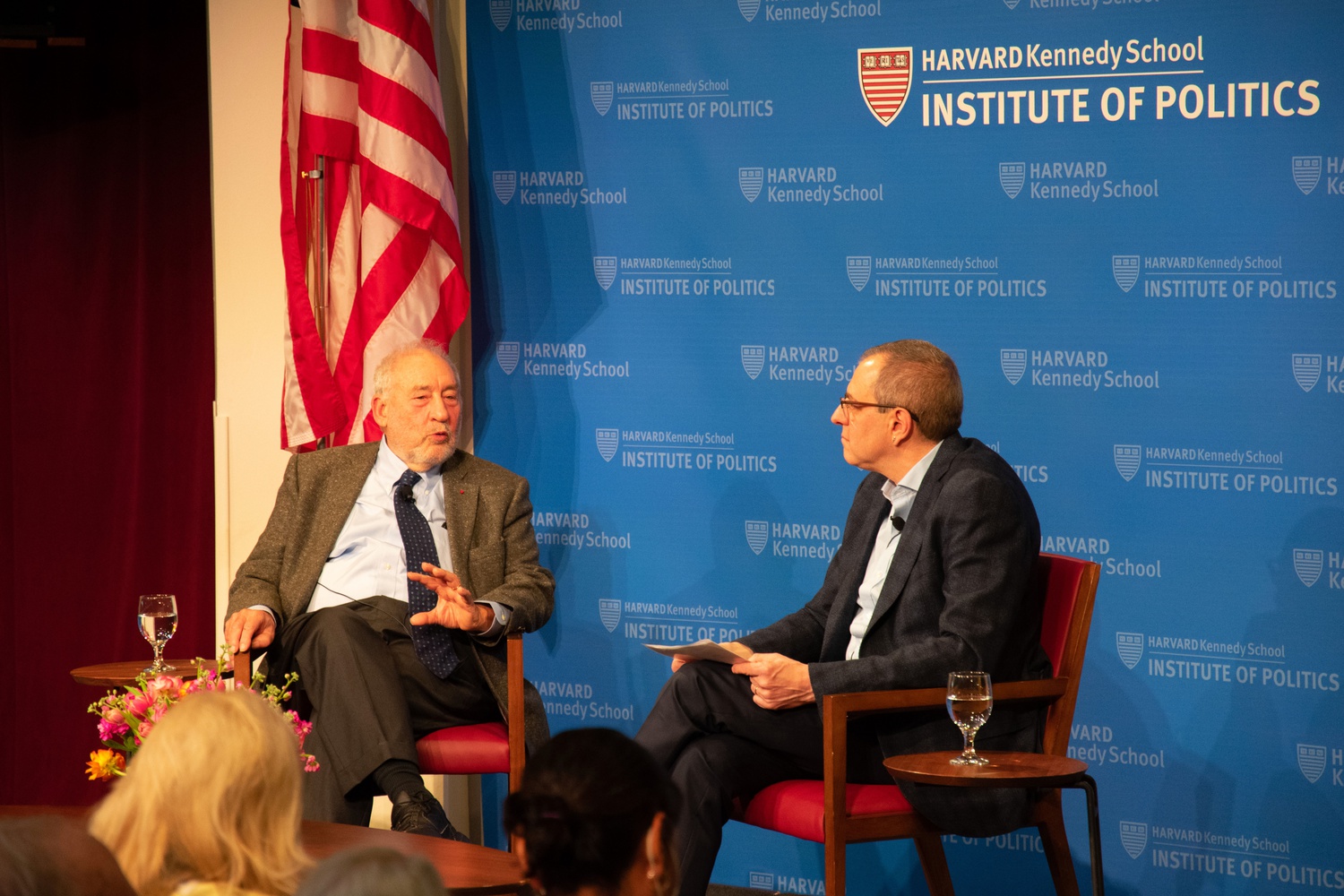 The Harvard Kennedy School announced it received a $5 million gift from the James M. and Cathleen D. Stone Foundation to establish a new program that will study wealth inequality on Monday.

The donation, which was announced hours before HKS’s annual Stone Lecture in Economic Inequality, seeks to bring together scholars to study and tackle economic disparities around the globe.

The Stone Program will consist of the Kennedy School’s previously-existing Multidisciplinary Program in Inequality and Social Policy, in addition to adding a group of doctoral students and more public programming.

HKS Dean Douglas W. Elmendorf said in a press release the program will enable the Kennedy School to assemble “a critical mass of scholars” who will work on tackling wealth inequality.

“Income inequality and concentrated wealth can leave many people at economic and social disadvantage,” Elmendorf said. “Appropriate public policy to create a fairer economic system can provide economic opportunity and mobility for people currently deprived of such prospects.”

Maya Sen ’00, a professor of public policy at the Kennedy School, will serve as the new program’s faculty director.

“The new Stone Program will position Harvard to be at the forefront of studying and researching inequality,” Sen said in the press release. “We are thrilled to be able to build on our existing strengths while also helping push the boundaries of research and scholarship with the exciting new opportunities afforded by the Stone Program.”

The announcement came before Nobel Prize-winning economist Joseph E. Stiglitz delivered a lecture on wealth inequality at a Harvard Institute of Politics forum. It was the third event in a series of annual wealth inequality lectures financed by a previous donation from the Stone Foundation.

At the IOP event, Stiglitz underlined the importance of tackling economic inequality, explaining that the United States is one of the countries with the most inequality in the world.

“We have more inequality than other countries and actually, remarkably, less equality of opportunity than any other country,” he added. Part of that, he said, is a consequence of American economic policies.

Stiglitz, who served on the Council of Economic Advisers during the Clinton administration, said policymakers “underestimated the adverse inequality effects” of deindustrialization.

“We said we ought to have a more active policy on inequality, and we should be very careful about going ahead with trade liberalization and other forms of liberalization if we don’t have accompanying policies for retraining people and moving people to new jobs,” he said of a cohort of like-minded Clinton administration policymakers.

Stiglitz said he is concerned that rising inequality in the U.S. creates “a fertile field for populists.”

“The failure to address problems of inequality — including inequality associated with particular places and particular groups — does create a real problem,” he said.

Nevertheless, “the populists don’t have answers,” he said. “They prey on the discontent.”

According to Stiglitz, in the U.S., the Democratic Party is more closely aligned with labor interests.

“Concern about labor policy, about labor relations — you’re not going to find that in the other party,” he said, referring to the GOP. “You don’t have people saying we ought to have stronger unions.”

Former Massachusetts congressman Barney Frank ’61, who attended the lecture, said he hopes to be involved with the Stone Program.

“Diminishing inequality is the key, I believe, to re-establishing support for democracy,” Frank said.