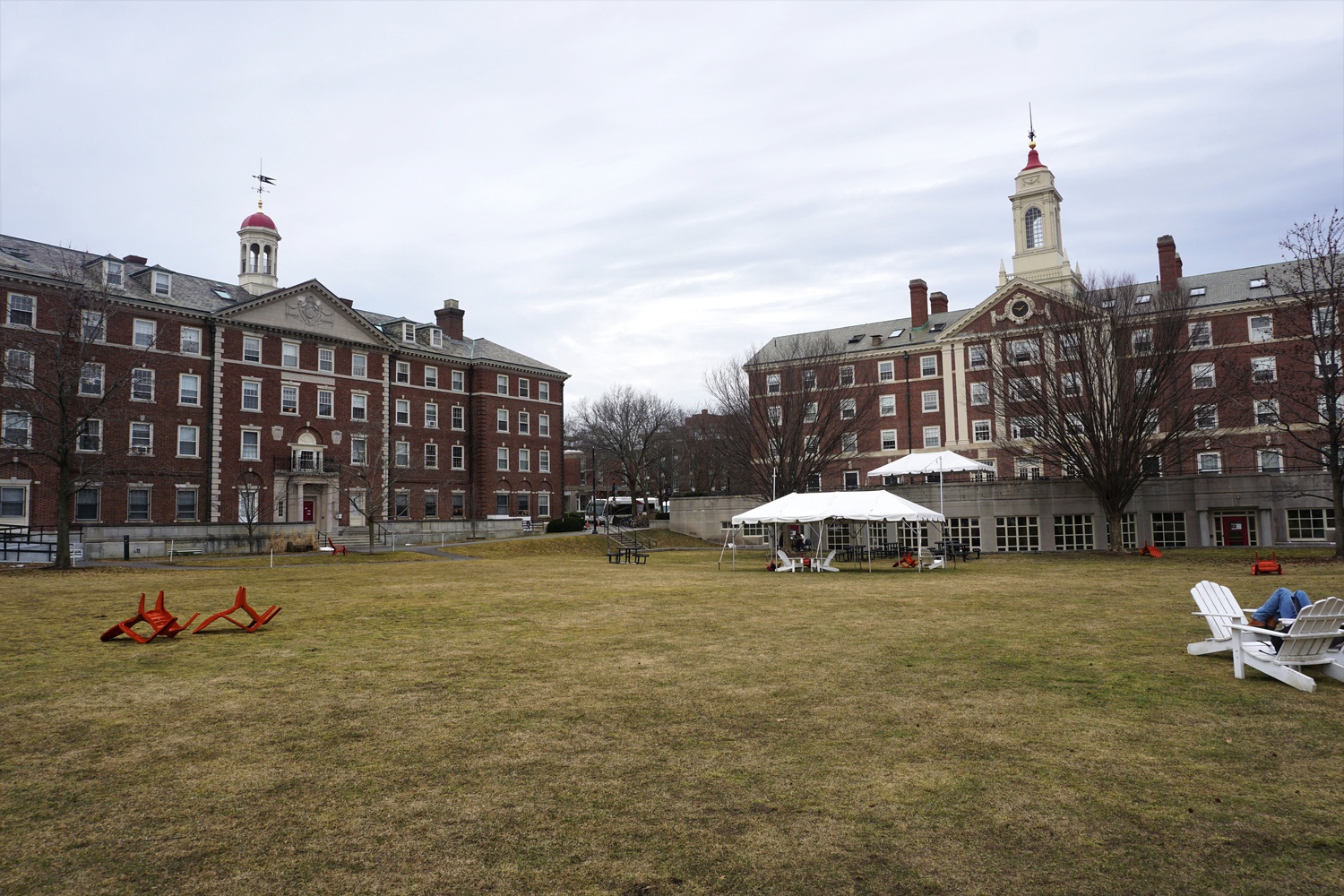 Many students attempted to transfer between houses this year, with the rate of acceptance decreasing from the previous year. By Christopher Hidalgo
By Audrey M. Apollon and Christine Mui, Crimson Staff Writers

Harvard undergraduates seeking to transfer into a new upperclassman house learned their fates last month, when the College's Dean of Students Office released decisions for the fall interhouse transfer lottery.

More than 200 students applied to change houses in the first round of the fall interhouse transfer process, and roughly 40 percent were accepted, according to College spokesperson Aaron Goldman. Approved students are set to move into their new houses after the summer break.

In previous years, the DSO typically approved roughly 60 percent of applicants, per Goldman. Goldman attributed this round’s lower acceptance rate to an uptick in applicants and the freshman class’ unusually large size.

“This increase is not surprising, given the larger-than-usual overall class size. Due to the increase in the number of applications, the housing office was not able to approve as many applications as in previous years,” Goldman wrote in an email.

In all three rounds, students can choose to move alone or in a pair, often forcing them to leave behind blockmates if successful. Each student then ranks the houses they want to join in order of preference. If approved, they are required to transfer into the new house.

For both the most recent transfer round and last semester’s round, applications are considered as part of an “impartial lottery.” The transfer application does not consider reasons for transferring.

Applicants cited proximity to friends, classes, and Harvard Square as reasons for wanting to transfer.

Juliana Ruggieri ’23-24, a member of the women’s sailing team who transferred from Cabot House to Adams House, called the distance from the remote Radcliffe Quadrangle to the Charles River “super annoying.”

“It’s a huge time drain and really tough because our boathouse is three miles away from campus, but we leave from the river,” Ruggieri said.

Ian S. Kimbell ’23, a student in Pforzheimer House, applied to transfer to Kirkland House but was “bummed” when he got rejected in the first round of applications.

“I thought if I got accepted, I can hype it up a lot,” Kimbell said. “I can have this Ian Kimbell-themed holiday in Kirkland. It would be Ian Kimbell Day, and so that would be the day that my transfer acceptance was in.”

Students who applied to transfer during the fall said they have acclimated well to their new homes.

Omar Shareef ’23 said he transferred from Currier House to Winthrop House to be closer to friends living on the river, his classes, and restaurants in Harvard Square.

“Coming to the river has very drastically altered what my day-to-day looks like at Harvard,” he said. “It’s just kind of sad that there are people at Harvard who have a very different experience, just by virtue of the fact that they were put into a different house.”

Marlee K. Masters ’23 said her time living off-campus during the pandemic allowed for a smooth transition when she and a roommate transferred from Pforzheimer House to Winthrop House this spring.

“I wouldn’t say there was too much adjustment,” she said. “We didn’t live on campus our sophomore year. If we had that sophomore year in Pfoho, I would imagine that it would be a little bit more difficult to leave.”

Jamila R. O’Hara ’23, who moved from Cabot House to Quincy House, said that though the spring transfer round application was a “very simple form,” she wished the process had been more transparent.

“It’s a little shrouded in mystery how this whole thing works,” she said. “It feels like you’re kind of just sending an application into the void, and you don’t really know what factors that’s like depending on.”

“Say somebody just wants to, for example, go from the Quad to a River house or something, there’s not really any information about like, do some houses have more space than others?” O’Hara, who is a Crimson arts editor, added.

Goldman did not respond to student criticisms of the interhouse transfer process.

Unsuccessful applicants in the first round can apply again later this semester, when personal circumstances are considered. Students are notified of their results in the summer on a space-available basis determined by the number of students returning for the fall semester.