The Black Arts Collective: The Students Creating Space for Black Arts on Campus 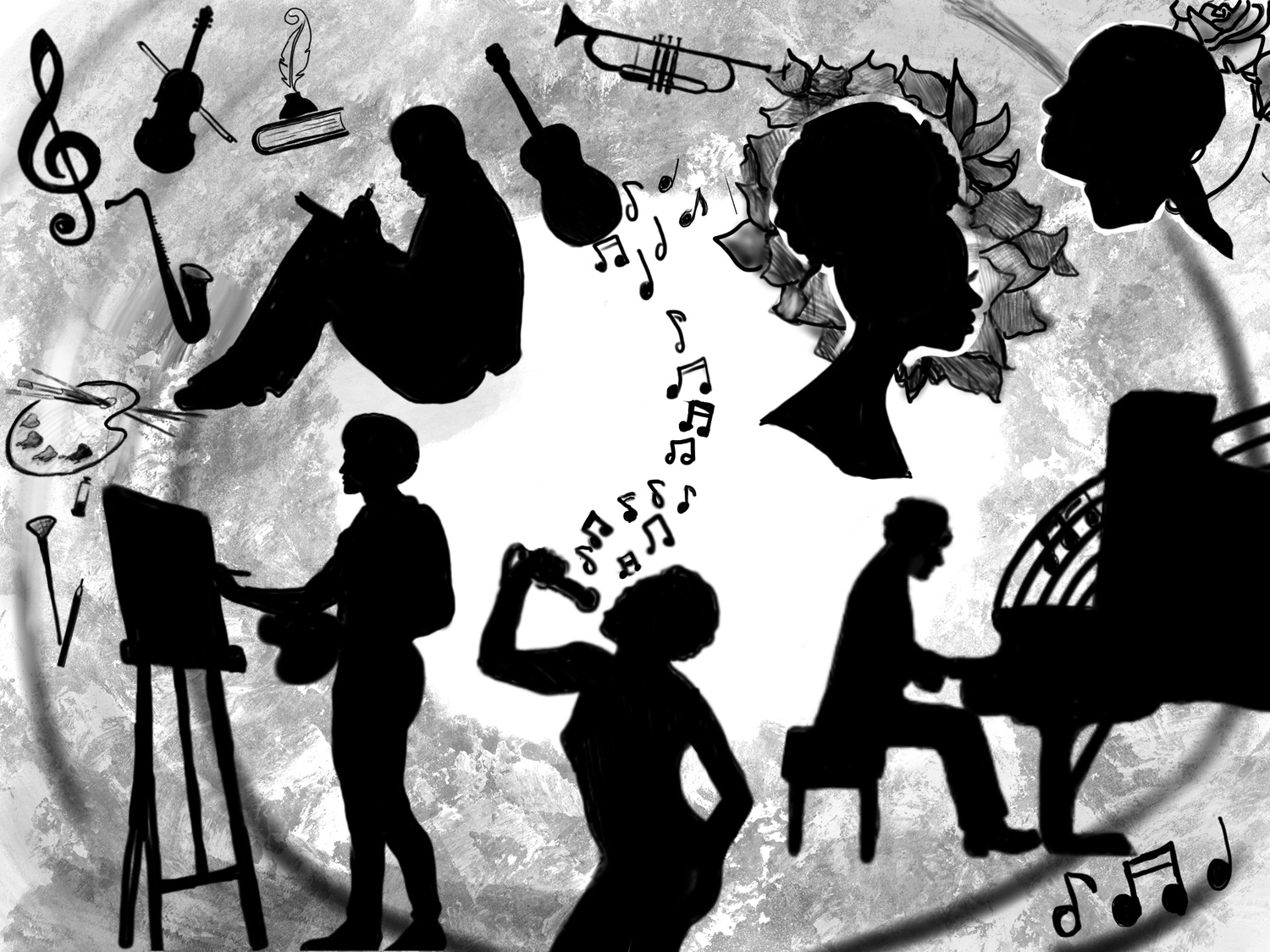 Harvard’s lack of diversity within established arts organizations can make it especially difficult for Black students to break into the campus creative scene. By Monica Zheng
By Anya L. Henry, Crimson Staff Writer

Under the yellow glow of the Greenough common room, first-year students Anya Sesay ’25, Jetta Strayhorn ’25, and Toussaint Miller ’25 squeeze together onto a large couch opposite the door. The three explore various artistic forms while not in class — dabbling in everything from poetry and music to fiction writing and visual art — but are unified in their efforts to carve out an inclusive space for Black arts on Harvard’s primarily white campus.

After meeting each other during the typical freshman fall social rush, Sesay, Strayhorn, and Miller developed a tight-knit friendship. While relaxing in the Straus common space as Miller riffed on the piano — “As he does, with so much talent,” Sesay added — they reflected together on the immense amount of artistic talent held within the Black Harvard community.

“Black artists here have to exist in one idea of what art is — and often that’s white people’s idea of art… Black artists are not allowed to explore themselves or explore the medium as much as white artists have been allowed to for generations,” Strayhorn said.

Due to Harvard’s contentious comp processes and lack of diversity within established arts organizations, it can be difficult for Black students to break into the campus creative scene.

“There was a space that was lacking on campus for Black people to come together as a collective and create and appreciate art in a way that was healing and was empowering for us and for them.” Sesay said.

Founded last fall, their organization — the Black Arts Collective — aims to “allow all of Black artistry to exist without constraint,” Strayhorn said. Sourcing inspiration from the Black Power and Black Art Movements of the 1960s and 1970s, which emphasized empowerment and healing through collective creation, the Black Arts Collective plans to offer an opportunity to foster both community and creative expression. At meetings, they hope to work on art pieces for eventual display, share opportunities with one another, and build valuable friendships with like-minded individuals.

“We want it to exist as more than a moment and more than people producing things,” Sesay said. “We want it to be this space where there is a connection and that connection is formed through art, but it doesn’t exist in that vacuum.” While the collective is still in its infancy, it is quickly gaining traction. “It’s a big work in progress,” Miller said.

They have already begun seeking support and advice from faculty members Dr. Linda Chavers, Allston Burr Resident Dean of Winthrop House and lecturer within the African and African American studies department; Dell Hamilton, a curator at the Harvard Hutchins Center for African and African American Research; and Trymaine Lee, a former Fellow at the Harvard Institute of Politics.

Now, they are in search of student organizers to head different artistic sectors — music, poetry, and editorial, for example — and find new talented Black students to join the collective. “It sounds like a pyramid scheme,” Miller laughed as Sesay and Strayhorn joined in. But to be successful, “It has to have community buy-in,” Miller said.

Beyond serving as a home for Black artists, the Black Arts Collective seeks to showcase members’ skills outside of meetings. “It’s also for the broader Harvard community that doesn’t understand the insane amount of talent that the Black community possesses, to be able to soak it up,” Miller said.

Still, the three balance their hopes for the future of the organization with the slow realities of student-led movements. “A lot of what we’re doing is going to take more than four years …The hope is to build a big enough community before we go,” Strayhorn said. “We’re just trying to build a foundation,” Sesay added.

As a group, they are always on the lookout for new talent and members. As Miller said, “It’s truly a community effort.”

To join the movement or inquire for more information, please contact theblackartscollective3@gmail.com.

— Staff writer Anya L. Henry can be reached at anya.henry@thecrimson.com