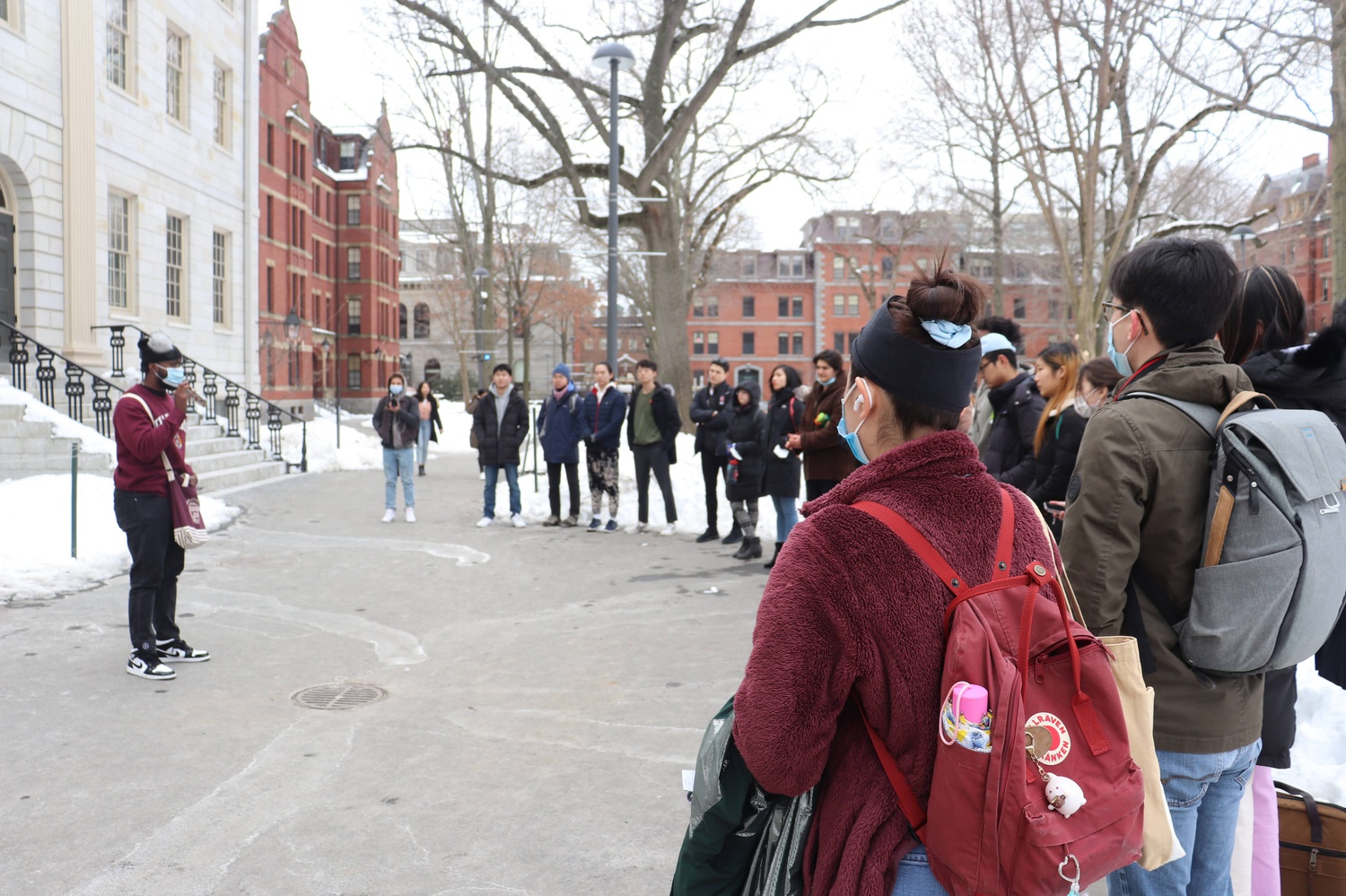 Students called on Harvard to establish an ethnic studies department and condemn racism against Asian Americans during a Tuesday morning rally in Harvard Yard.

The rally was catalyzed by the racist attack against Undergraduate Council President Michael Y. Cheng ’22, in which signs containing an anti-Asian racist slur were posted on his door last month. Organizers said though the protest was prompted by the racist incident, the rally's main purpose was to advocate for an ethnic studies department.

Students at Harvard have been calling for an ethnic studies concentration for decades. Despite a pause in the search for ethnic studies faculty in 2020 due to Covid-19, FAS Dean Claudine Gay told The Crimson last month that the FAS is now “actively recruiting” four scholars.

In a speech during the rally, AAA board member Chelsea Wang ’25 said the racial slur fueled the “perpetual foreigner status” of Asian Americans, and she condemned the lack of Asian American history in school curricula at Harvard and beyond.

Muskaan Arshad ’25 questioned whether ethnic studies is an “institutional commitment” in her speech and said Harvard is an “inhospitable place” for scholars of ethnic studies, citing the high-profile departure of African and African American Studies professor Cornel R. West ’74 last year.

“During the pandemic, when athletics was at a standstill, they continued to look for an athletics director, while pausing the ethnic studies cluster hire. Is ethnic studies actually a priority?” Arshad asked during her speech. “Or is it the same empty promises we’ve been hearing for the past 50 years?”

In an interview after the rally, Ellen S. Deng ’24, co-president of AAWA alongside Angie D. Shin ’23, called on the University to provide clearer communication about its ethnic studies search.

Dean of the College Rakesh Khurana, whose office is in University Hall, stepped outside to listen to Arshad and Wang’s speeches.

Deng said joining together to demand ethnic studies has strengthened the partnerships between affinity groups on campus.

“I feel like we've seen the development of an even stronger Panasian coalition in the past couple of years and I think that we're hopeful to see that grow,” Deng said.

In her speech, Phoebe H. Suh ’22 said the importance of ethnic studies is a “matter of life and death” for Asian Americans, pointing to a spate of violent hate crimes against Asian Americans since the beginning of the pandemic.

“We’re working toward a future where we don’t have to fear,” Suh said. “Teach our history. That’s what we want. It’s not hard.”