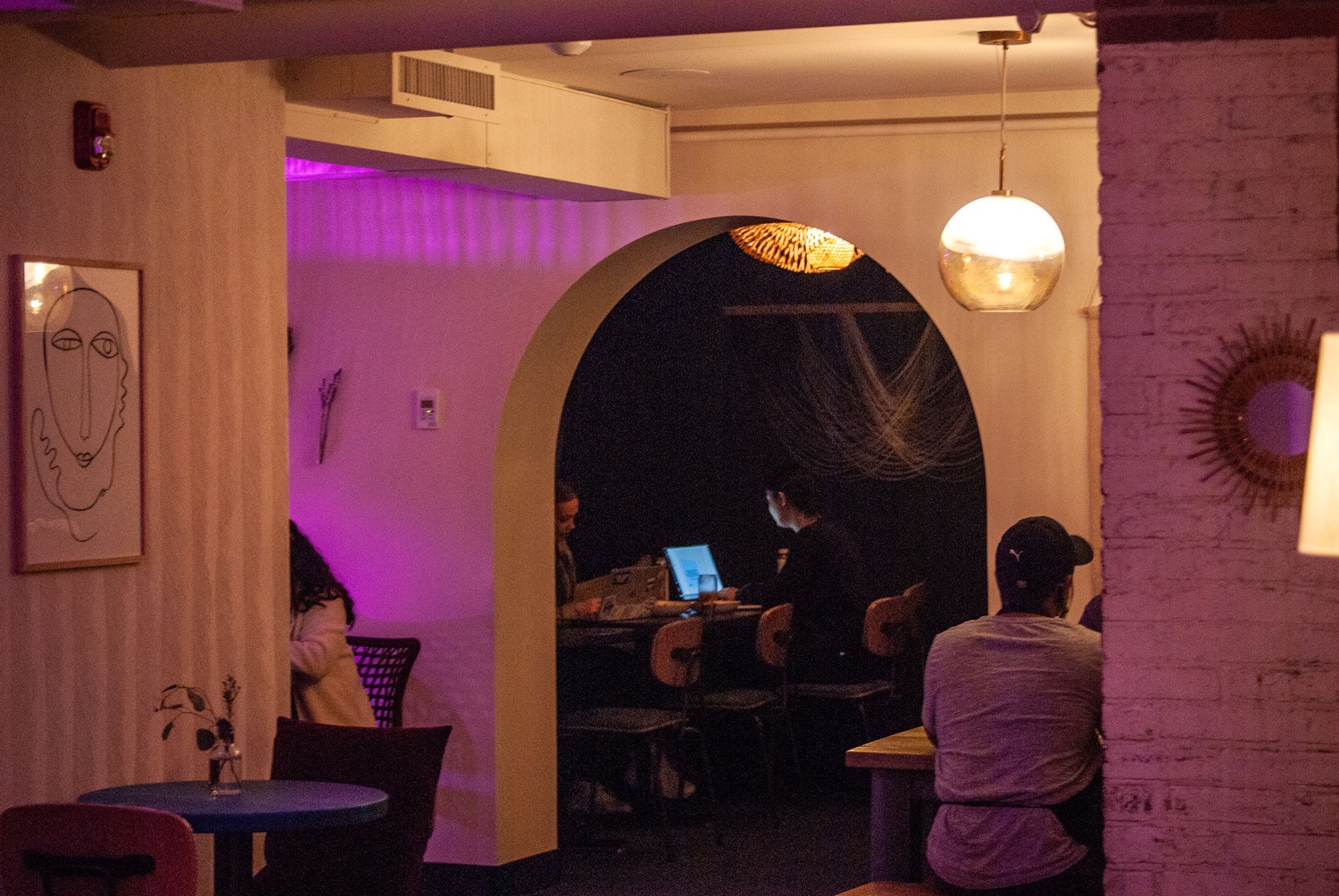 A collaborative storefront between a yoga studio and a cafe opened in Harvard Square on Tuesday, offering meditation, massages, and meals at its location on John F. Kennedy Street.

The Wellness Collaborative is the first store to open out of a partnership between Life Alive Organic Cafe and Down Under Yoga Studio, though both companies have multiple independent locations in Massachusetts. The businesses plan to open a second collaborative in Boston’s South End in May.

Life Alive CEO Bryan C. Timko said he hopes the collaboration will offer consumers a “third place” to spend time, in addition to their homes and workplaces.

Both businesses opened in 2004. The partnership between the two companies came about “in a pretty natural way,” Down Under owner Justine Wiltshire Cohen said.

Cohen said she often patronized Life Alive after yoga classes and eventually began recommending the cafe to her students.

Cohen currently operates three other Down Under locations in the Boston area. In the fall, Cohen faced public scrutiny when the Boston Globe reported that ex-employees had accused her of creating a toxic work environment and berating staff members. After public complaints from dozens of former employees, Cohen did away with a noncompete clause that previously kept ex-employees from teaching at other studios within a year of their departure from Down Under, according to the Globe.

Timko, a Harvard Business School alum, previously served as an executive at Staples and Panera Bread, according to his LinkedIn profile. He took over as CEO of Live Alive in 2019.

The collaborative is “rooted in the fact that we believe that how you eat, move, and think affects how you feel,” Timko said.

“We hear from our guests, for example, that they feel better after coming here to eat with us,” he said. “We were missing ‘the move’ and that’s where Down Under comes into the mix.”

“We’re committed to sourcing organic vegetables and fruits and whole grains,” she said.

The Wellness Collaborative says it is also offering an eight-week “happiness sabbatical,” featuring free food from the cafe, unlimited yoga classes, other wellness advice, and a $2,500 stipend for participants.

“We’re giving people the opportunity for two months to just deep dive into their own wellness,” Cohen said. “I think of it as a series of doorways for them to choose what to walk through. So it’s unlimited yoga for two months, it’s nutrition counseling, and it’s gorgeous, nourishing, Life Alive.”

According to Cohen, the sabbatical program received over 300 applications.

Timko said the collaborative, which plans to provide yoga discounts to Harvard affiliates, was drawn to Harvard Square because of its “energy.”

“There’s a vibrancy here that is sort of unmatched,” he said.